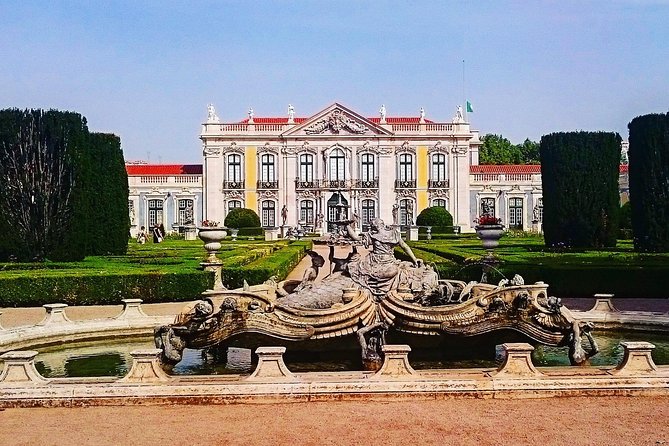 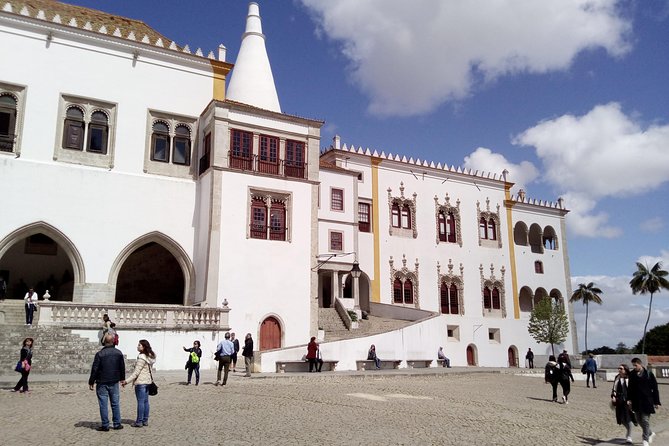 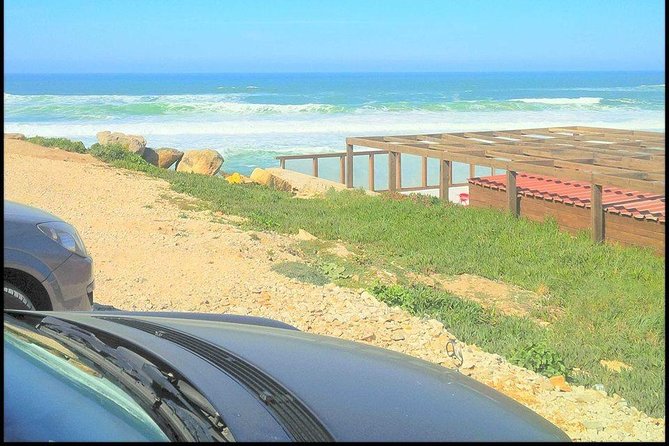 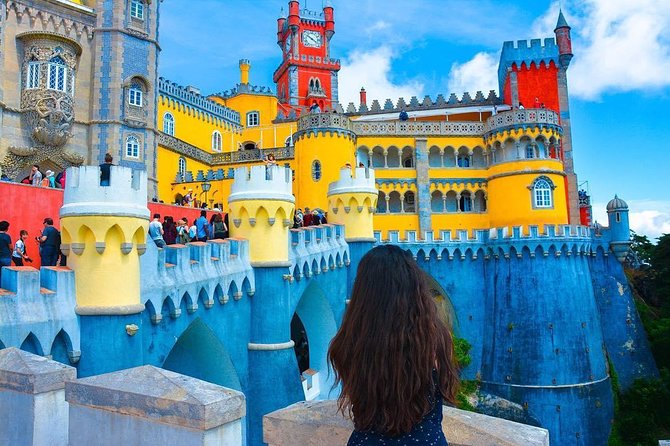 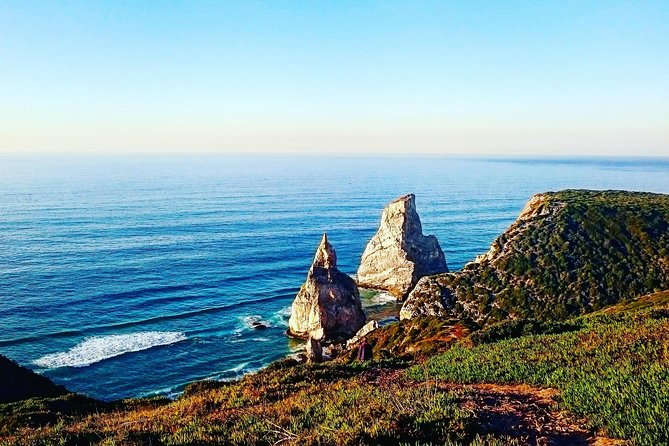 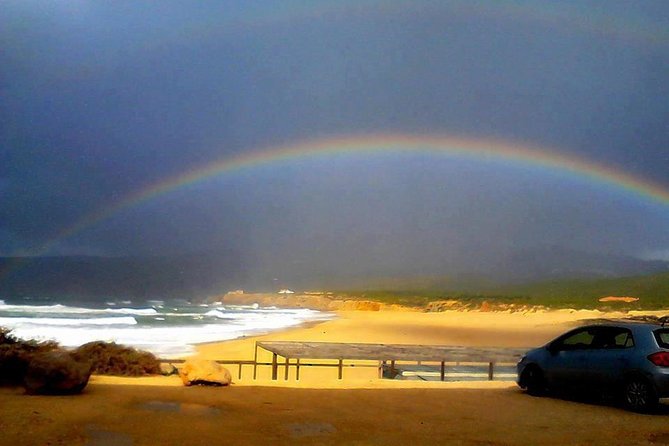 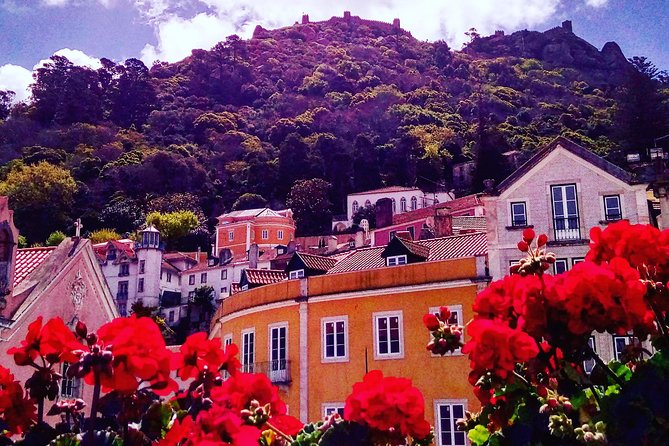 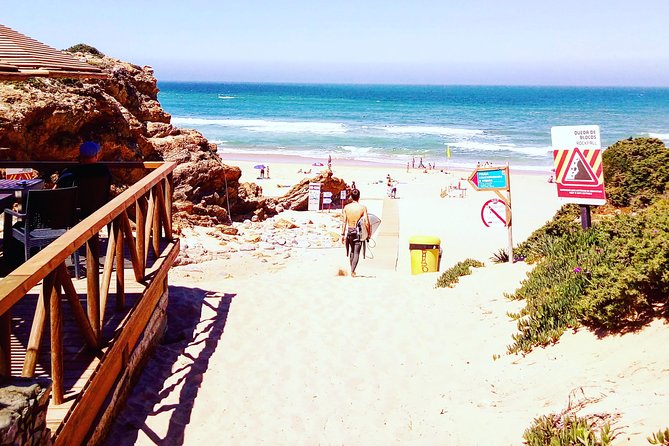 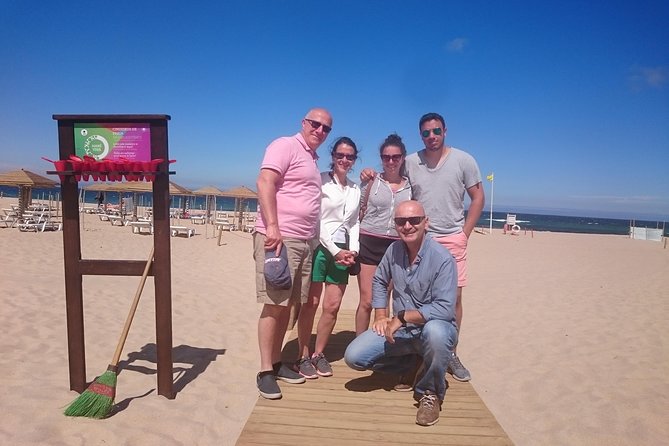 Escape the city and explore Lisbon's magnificent coast and the surrounding charming towns and villages. First, visit one of the world-renowned palaces of the UNESCO World Heritage Site town of Sintra  and explore the quaint streets of its historic center. Then head to the coast and get to know Cabo da Roca, the westernmost point of continental Europe. From there continue to the charming and classy Portuguese Riviera and its famous coastal town of Cascais for some relaxing time and a gelato. This tour has a duration of 8-10 hours and it is available in 2 formats: private and small group.

Located in the Sintra hills, the Park and Palace of Pena are the fruit of King Ferdinand II’s creative genius and the greatest expression of 19th-century romanticism in Portugal, denoting clear influences from the Manueline and Moorish styles of architecture. The palace was built in such a way as to be visible from any point in the park, which consists of a forest and luxuriant gardens with over five hundred different species of trees originating from the four corners of the earth.

The Historic Centre in Sintra was one of the highlights of our trip. Sintra is this lovely, quaint little village where everything is boutique, local and artisan. It's a labyrinth of alleyways with a restaurant on every corner and a the delicious smell of something cooking wafts down every street. It's vibrant, there's colour everywhere, from the little flags that string across the pathways, to the deep mustard buildings, and the flower boxes that sit below windows. Little frescoes and tiles painted with rural scenes adorn the outsides of residences and they show a side of Portugal that is still very real. We will try the cherry liqueur served in a little chocolate shotcup, and you are free to explore and try the pastries all buttery and warm from the ovens.

Located at latitude 38º 47´north and longitude 9º 30´west, Cabo da Roca is an important coordinate for those sailing along the coast, as it is the most westerly point of mainland Europe, a fact borne out by the certificates that visitors take away as a souvenir.

Around 150 metres above the sea, here you can have a panoramic view over the Serra de Sintra and the coast, which makes it worth the visit.

Historical records indicate that there was a fort on Cabo da Roca in the 17th century that played an important part in guarding the entrance to Lisbon’s harbour, forming a defensive line along the coast, especially during the Peninsular Wars. Today there are only traces, as well as the lighthouse which is still an important point for navigation.

It lies within the Parque Natural de Sintra-Cascais and is one of the points of interest on the walking trails that can be followed here, along the coast.

Situated close to the sea and traditionally a fishing village, Cascais enjoyed an important period of development in the 14th century, when it was a major stopping off point for boats on their way to Lisbon, turning it into a very busy port at that time.

It was, however, in the second half of the 19th century, when sea bathing became a popular activity, that Cascais was given the impetus that transformed it into a very fashionable summer resort. The great driving force behind this transformation was the king of Portugal, Dom Luís I, who, in 1870, converted the Fortaleza da Cidadela into the summer residence of the Portuguese monarchy. The king's example was immediately copied by the nobility, who built palaces and extremely beautiful villas in the town, where they spent the hottest season of the year, completely transforming the appearance of the former fishing village.

Cascais also began to attract the attention of the curious, who came here to enjoy a stroll by the seaside, and access to the town was greatly facilitated by the opening of the railway line between Pedrouços and Cascais in 1889. Nowadays, Cascais is a very lively and cosmopolitan town that still preserves a great deal of its earlier aristocratic atmosphere.

Informacion Adicional
"Confirmation will be received at time of booking"
"Not wheelchair accessible"
"Infant seats available"
"Not recommended for travelers with back problems"
"Not recommended for pregnant travelers"
"No heart problems or other serious medical conditions"
"Travelers should have a moderate physical fitness level"
"This experience requires good weather. If it’s canceled due to poor weather, you’ll be offered a different date or a full refund"
"This is a private tour/activity. Only your group will participate"

Horário de Início: 8:30 AM
Duração: 8 To 10 Hours
Ponto de partida: Traveler pickup is offered
Your hotel or apartment in the Lisbon area