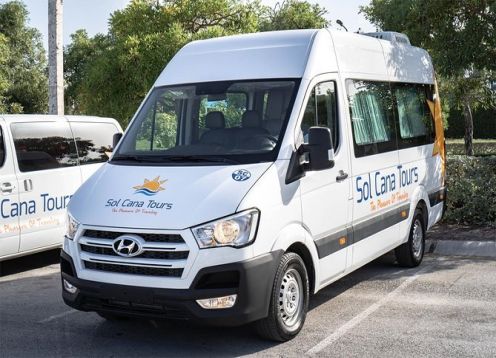 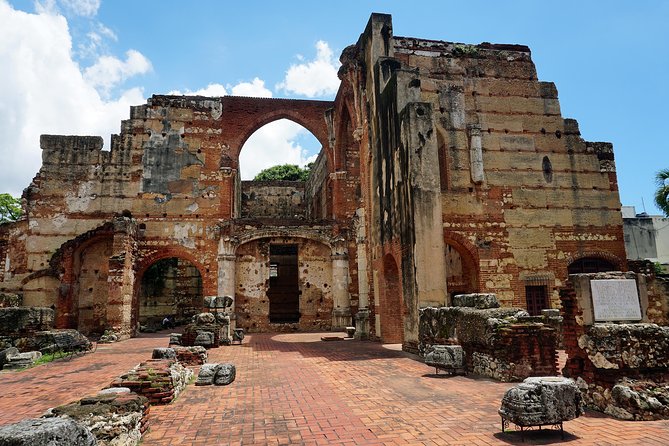 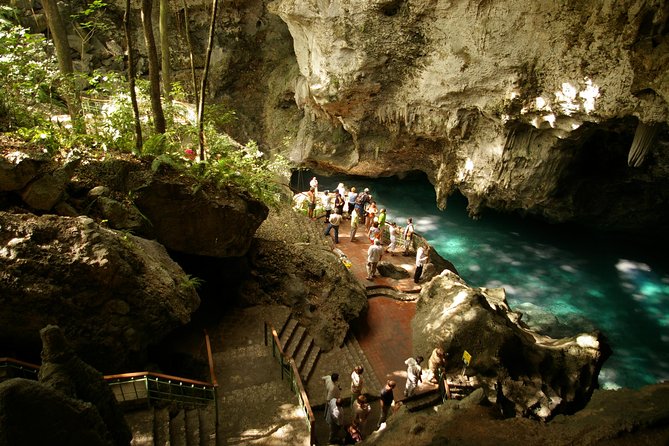 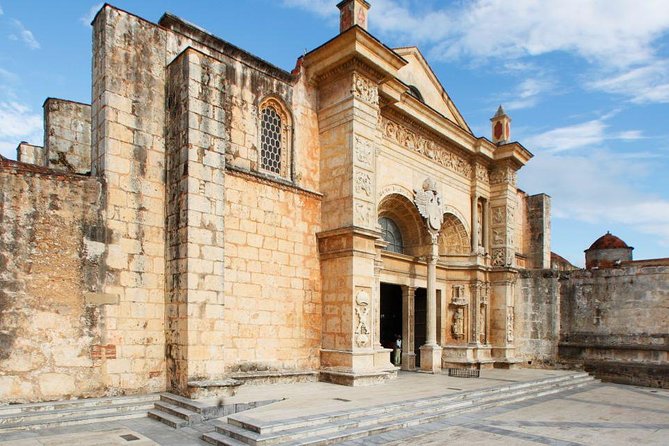 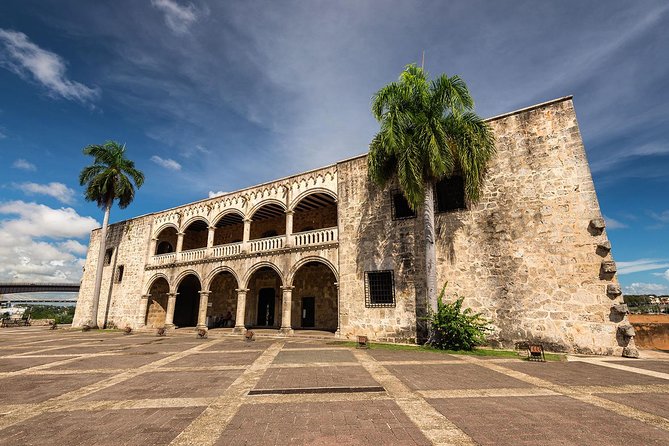 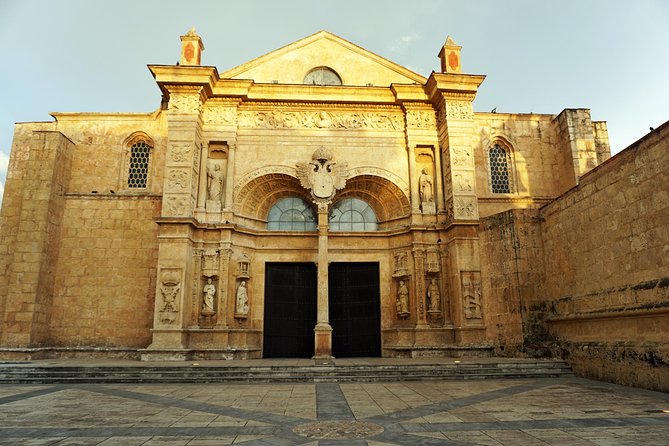 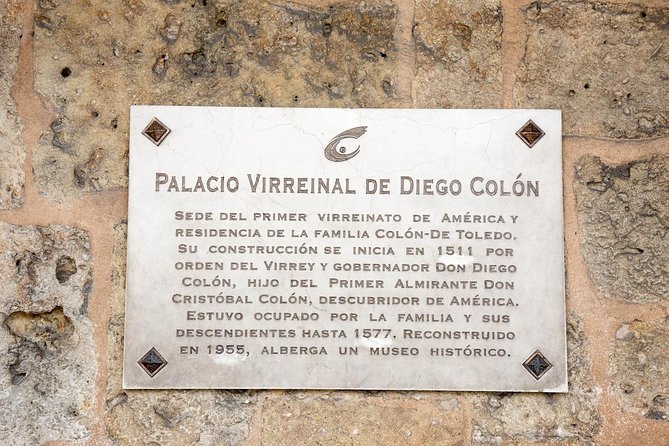 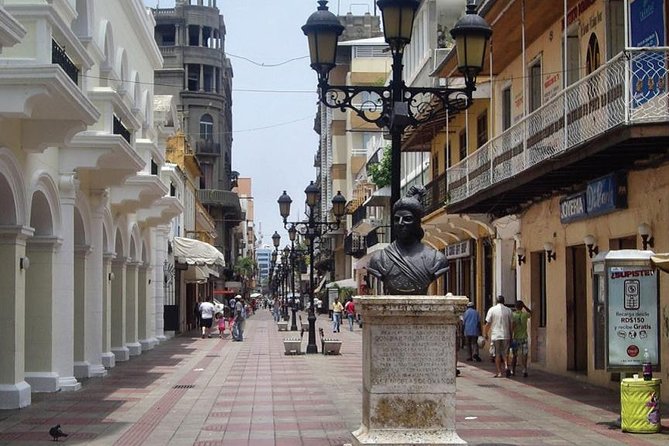 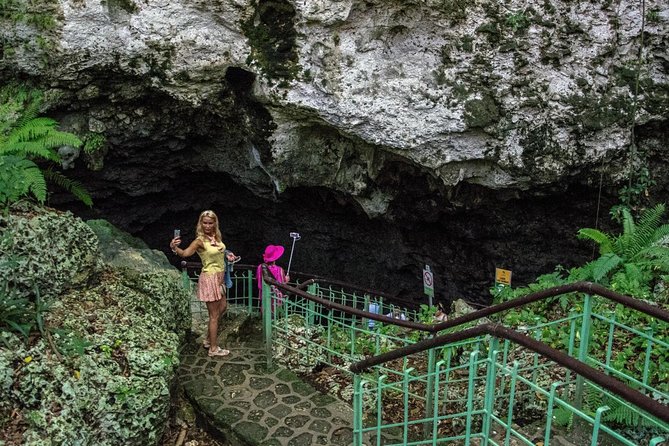 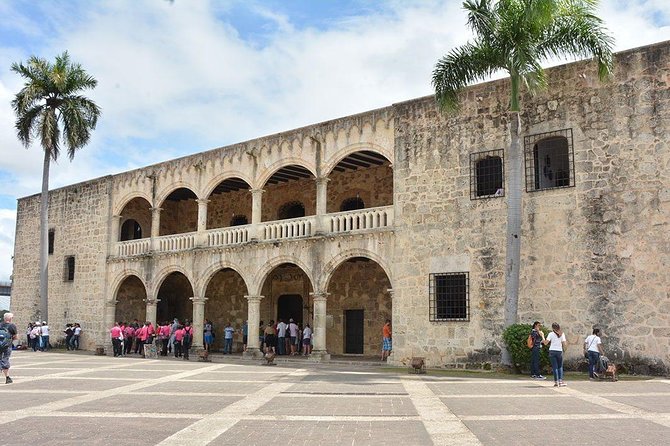 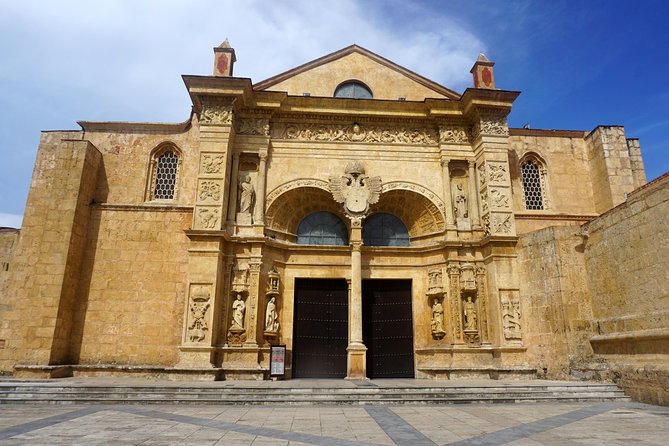 An amazing day for history and cultural. Discover Santo Domingo, the first city of the Americas. Stroll through yesterday's narrow walkways and set out to unveil the humble beginnings of the New World. Tour the oldest colonial city, erected in the 15th century. Pay homage to the First Cathedral of the Americas, birthplace of a fervent Catholic faith. Visit the National Patheon, monument of historic significance once a Jesuits church, it later became the final resting place of many notable Dominican figures. Wander through the Mueso de la Casas Reales, formerly the Governmental Palace, has an alluring display of colonial era artifacts. A walk across the Alcazar de Colon enraptures visitors back to the era of the first Spanish conquistadors.

Stop At: Columbus Lighthouse (Faro A Colon), Av. Ana On the water side of Los Tres Ojos, near the airport in the Sans Souci district, Santo Domingo 11604 Dominican Republic

Panoramic View of El Faro to Columbus , commonly known as Faro a Colon is a monument and Dominican museum built in honor of Christopher Columbus, discoverer of the New World. In it, they say, that the remains of the famous admiral Christopher Columbus harbor, although there is controversy in the respect because they really are in the Cathedral of Seville, Spain. This is the only of its kind, with 251 lanterns that adorn the sky and a light that goes around the world.

Los Tres Ojos National Park : is a cave that has a freshwater lake, which was naturally divided into three lakes that are only seen from within and a unique lake that can be seen without being inside.

So we visited the park lakes as follows:
The first lake is called: Waters sulfurous, it is the first to reach him since we entered. His name is because in its background may notice a blanquecida substance and therefore people who attended this place thinking it was sulfur, but after scientific studies showed that sulfur was not but calcium and other minerals. It is 4 meters deep

The Alcázar de Colón or Viceregal Palace of Don Diego Colón is the building that houses the Alcázar de Colón Museum located in the Colonial City. Witness the colonial past of the country, was built on a site on the cliffs facing the Ozama River, granted to Don Diego Colon, eldest son of the discoverer of America, Christopher Columbus, by King Ferdinand the Catholic, for him to build a dwelling for him and his descendants during their stay on the island, which arrived in 1509 as governor.

Note: During the tour, after knowing the Cathedral of America, we went to a nice lunch. After rest we continue our pleasant walk to the Alcazar de Colon, the panoramic view of the Presidential Palace of the Republic Dominican and last but not least fun We're going shopping for Calle El Conde!

Informacion Adicional
"Confirmation will be received at time of booking"
"Not wheelchair accessible"
"Please note that the drive from Punta Cana to Santo Domingo is about 2,5 hours each way. Long pants/skirts are mandatory to enter to the cathedral. The visit to a gift shop in SD is optional"
"Stroller accessible"
"Near public transportation"
"Most travelers can participate"
"This tour/activity will have a maximum of 12 travelers"