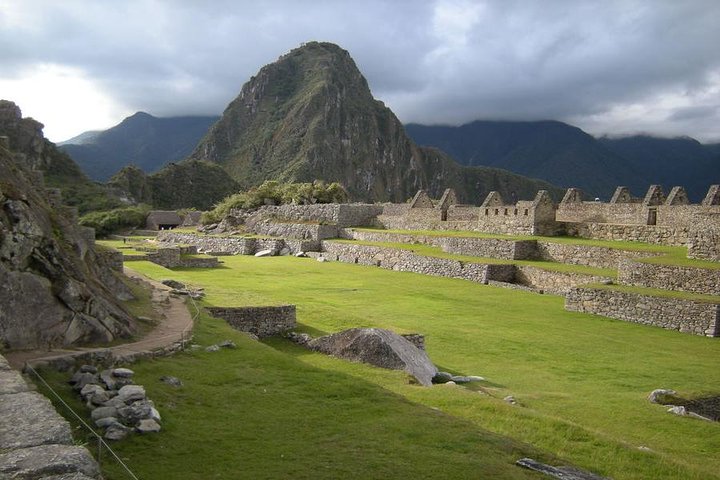 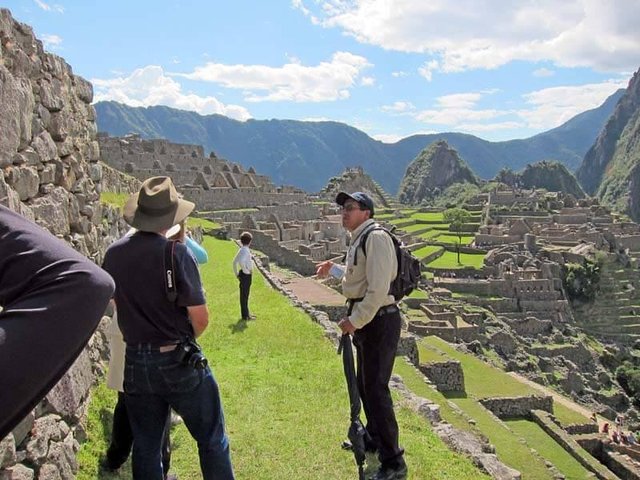 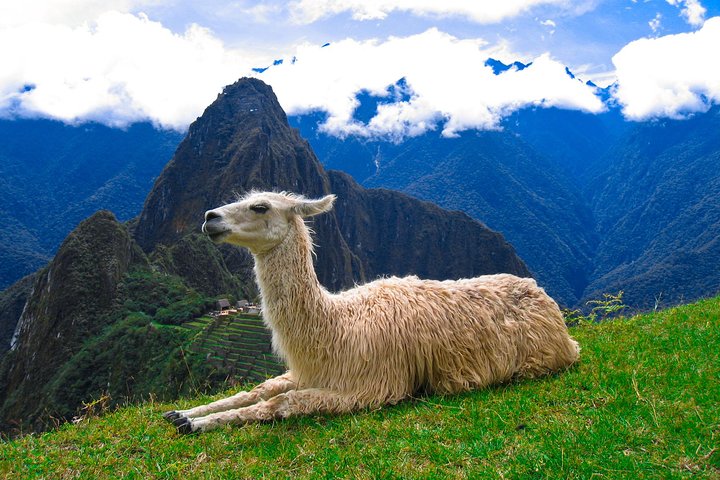 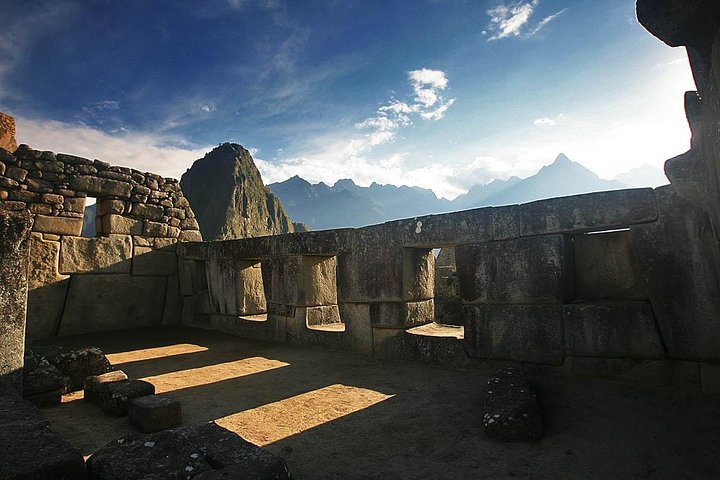 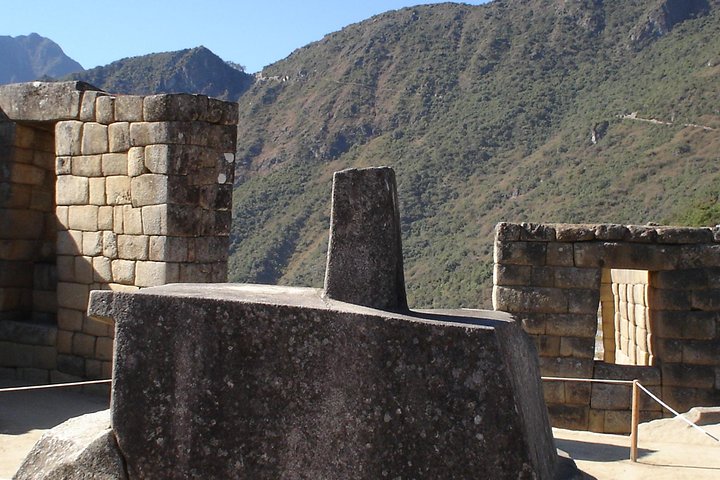 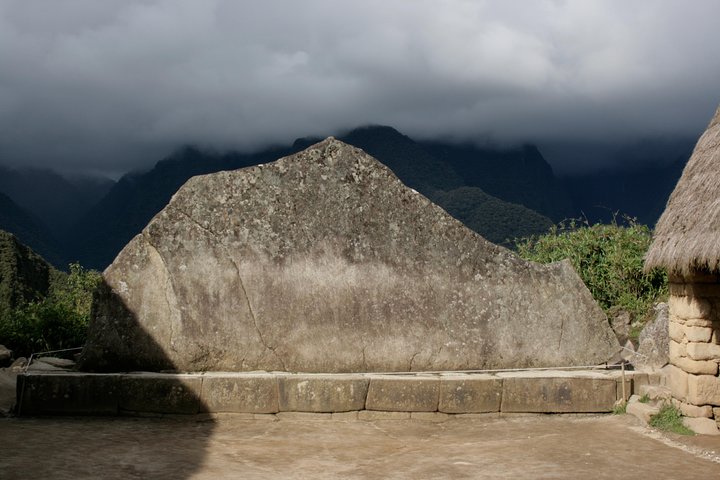 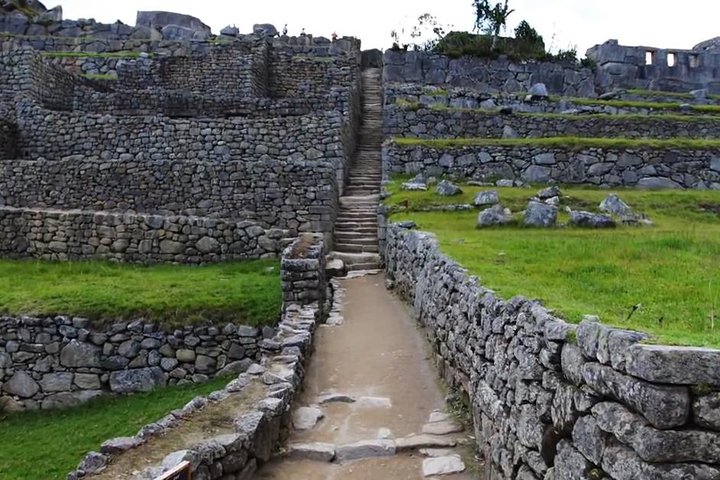 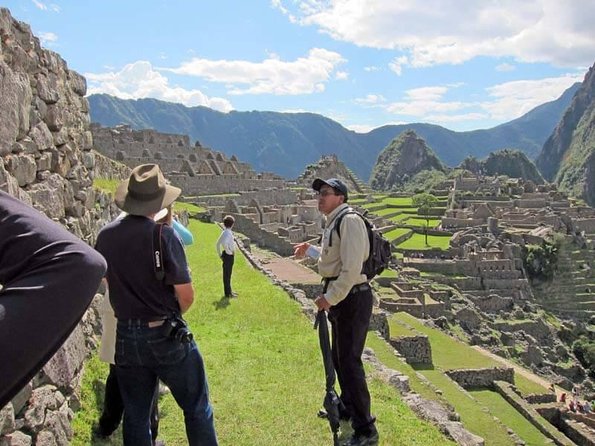 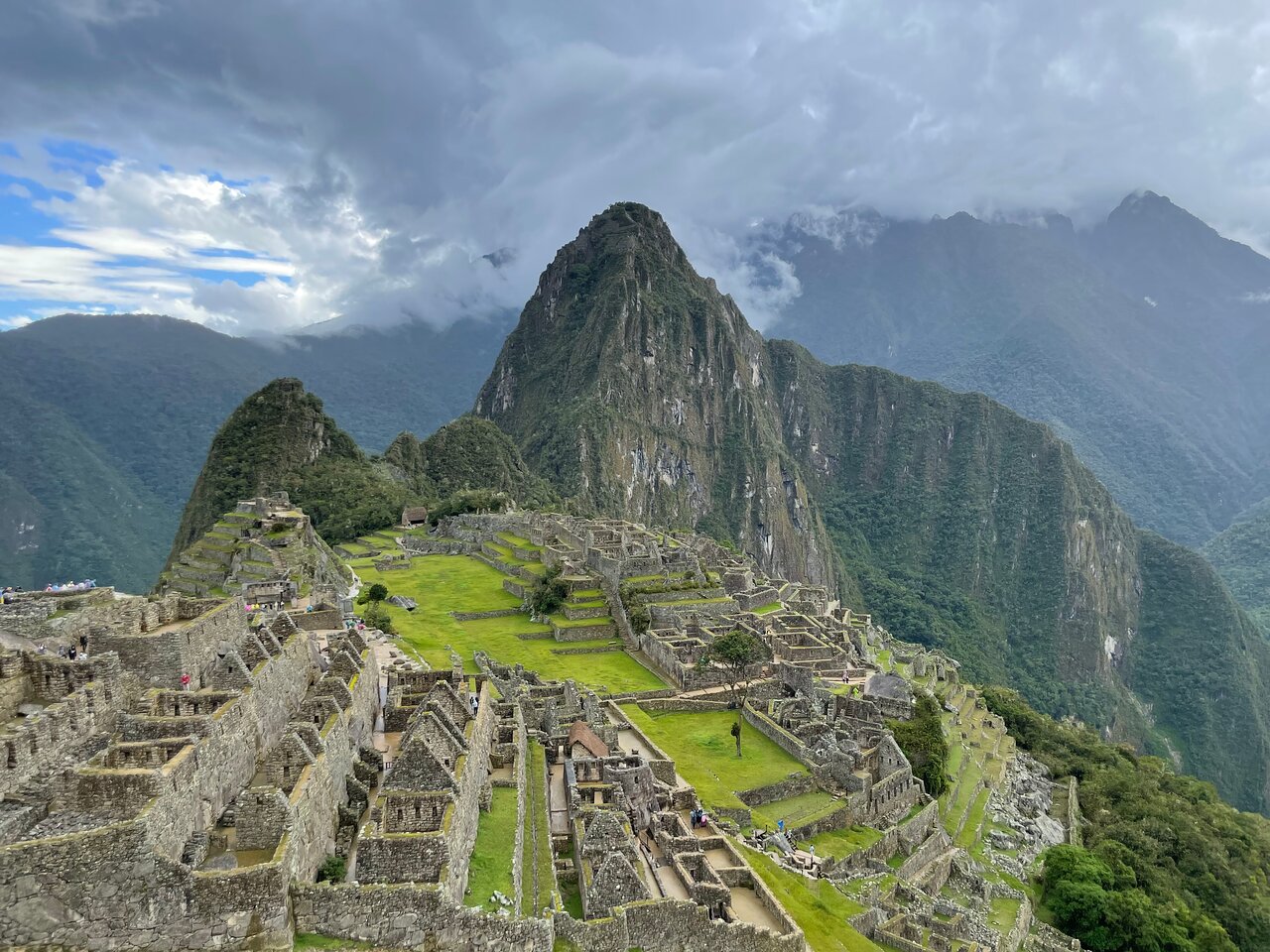 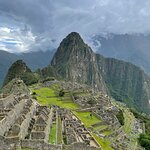 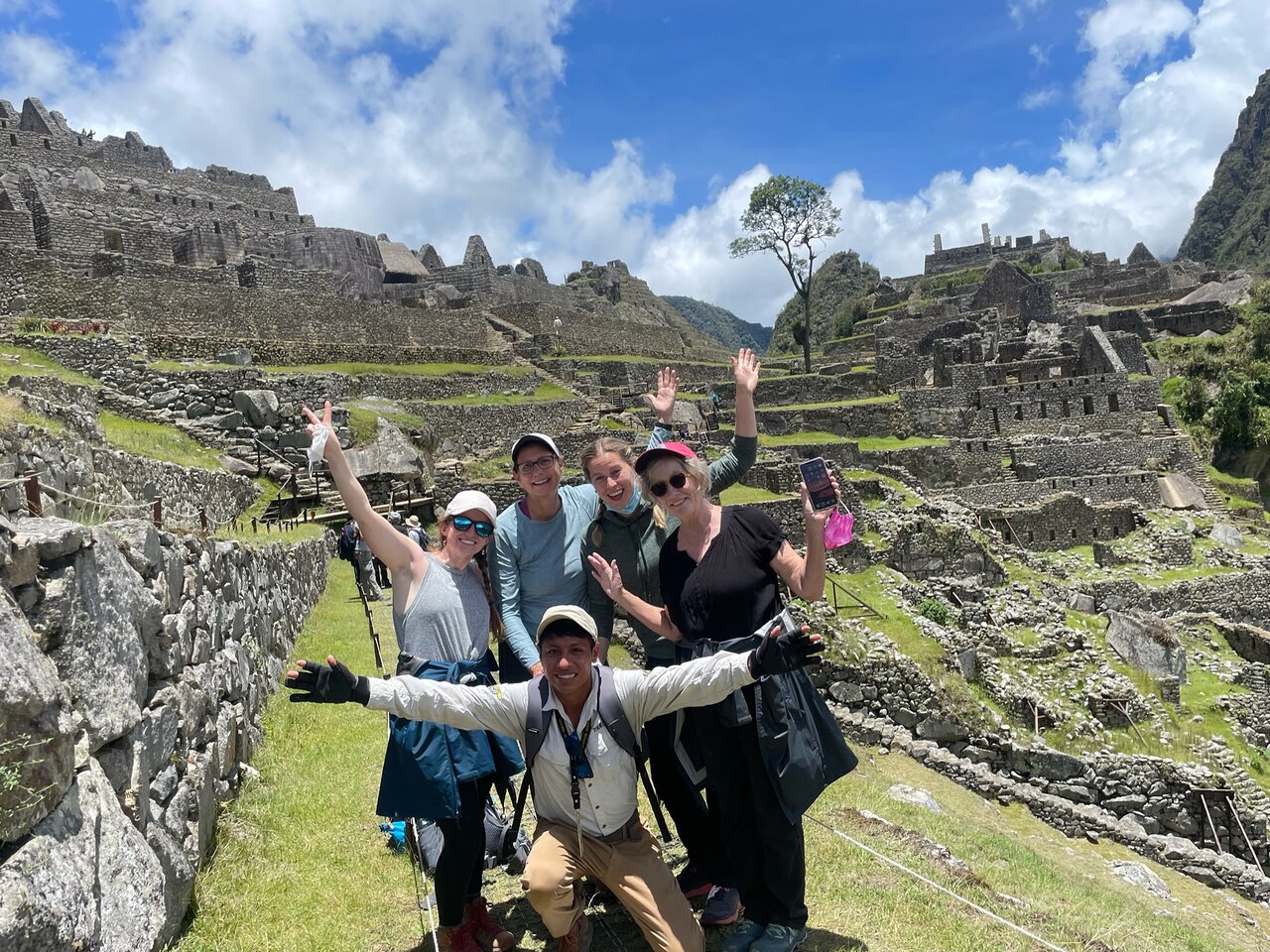 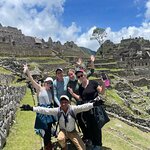 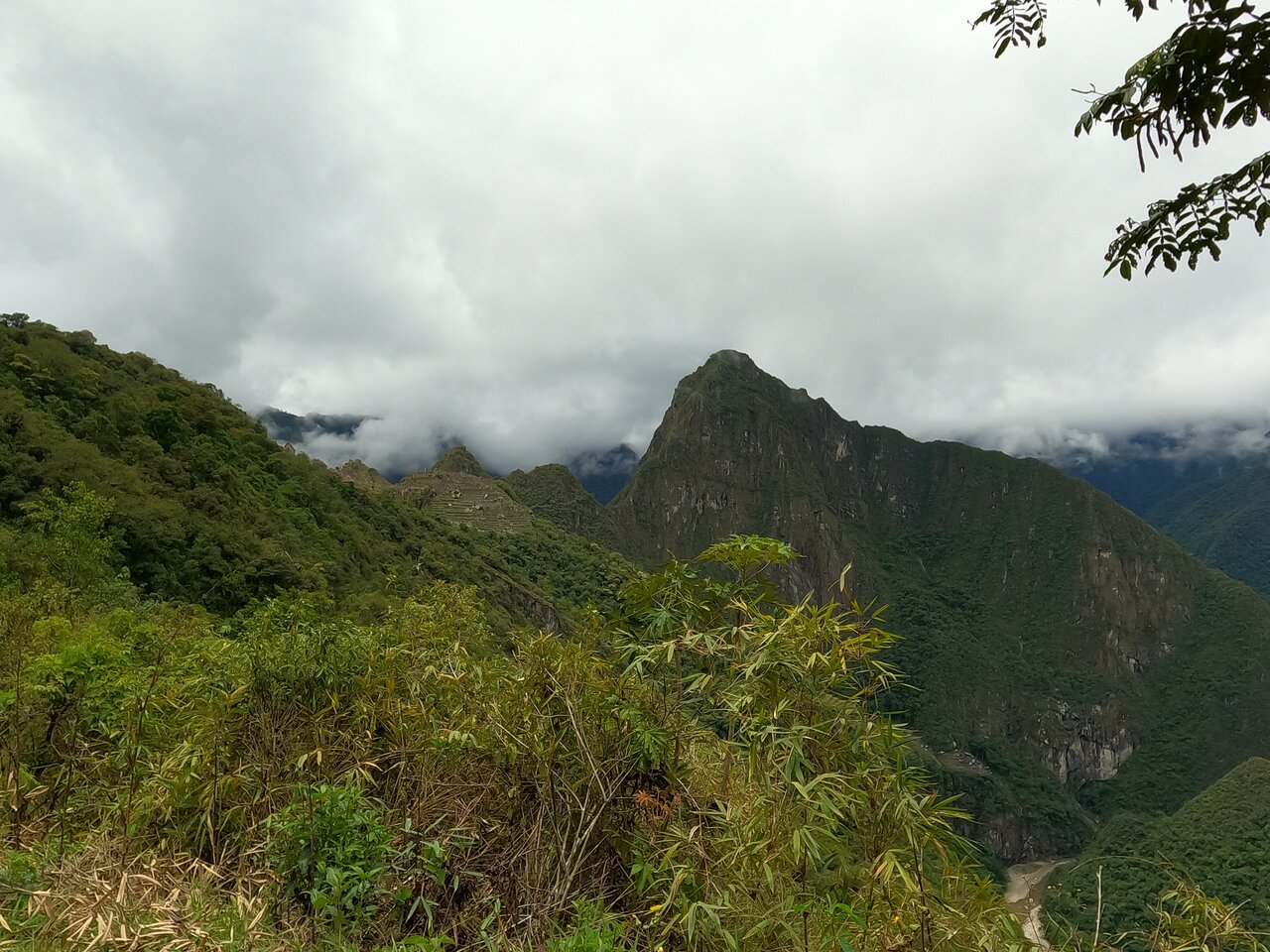 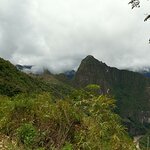 A private guide means you will receive undivided attention from your tour guide and you will be able to ask numerous questions and customize your Machupicchu itinerary according to your interests. Machupicchu is very big and you cannot see it all in one day, so having a private guide means you will see more and also see the attractions you are most interested in as long as it is covered within the 2.5hr tour. Plus, your guide is more than happy to snap photographs of you and your party throughout the experience.

You will have a professional Machu Picchu guide take you to the top attractions inside Machu Picchu and explain the history and significance of the ancient temples, terraced hills and sacrificial sites. The guide will also take you to the best locations to capture photographs and come face-to-face with resident llamas.

You will have a professional Machu Picchu guide take you to the top attractions inside Machu Picchu and explain the history and significance of the ancient temples, terraced hills and sacrificial sites. The guide will also take you to the best locations to capture photographs and come face-to-face with resident llamas.

Located in the lower part of the Urban Sector of Machu Picchu, the Sacred Rock (also ominously called a Wank’a in Quechua), is a large stone, surrounded by a small low wall. In front of the rock is a large open flat area flanked by 2 open sided shelters. The lithic shelters have been restored by Peru’s Ministry of Culture and now include thatched roofs.

The rock, which some say resembles the shape of the top of the mountains behind it (most noticeably Yanantin Mountain) is a shrine where the Incas carried out special rituals and pachamamas (offerings to the earth). The two shelters were used by the people carrying out the rituals.

The Sacred Rock is a powerful symbol in Machu Picchu, and is recognised as being a spiritual area for meditation and absorbing positive energies.

Rocks similar to this one can be found throughout the region of Cusco, often in agricultural fields. These are also called Wank’a and are considered to be guardians of the land and crops.

When the Spanish arrived in Peru, many of these Wank’a were used to create Catholic churches or sanctuaries, such as the one at Qoyllority.

Stop At: Intihuatana Stone, on the left bank of the Urubamba river, Machu Picchu Peru

Located in the western side of Machu Picchu’s Urban Sector, the Intihuatana stone (also spelt Intiwatana) is a beautifully carved rock that the Incas may have used for astronomical purposes as well as spiritual and religious ceremonies. In Quechua the word Intihuatana translates as “hitching post of the sun,” but it is unknown where the origin of the term originates.

Sat at the top of a large terraced pyramid, the Intihuatana Rock, carved insitu from one solid piece of granite is situated close to the Royal Plaza and is an iconic feature of Machu Picchu. Part of the base of the Intihuatana rock is formed with a stepped recess which would have been used as an altar for offerings and sacrifices. On the opposite side to the altar there is a mysterious protruding tab which points to magnetic north. The top of the rock is carved into a square with each of its corners marking the 4 cardinal points: north, east, south and west. The flat side of the square from north to east marks the winter solstice (June 21) and the side from east – south marks the summer solstice (December 22). At sunrise during winter solstice the sun light projects though the Intihuatana to produce a triangle of light which illuminates 2 strange concentric circles on the floor

No one really knows for sure what the Intihuatana Stone was used for, some historians believe it was used as a sun dial, whilst others theorised its use as an astronomical observatory. Another theory was that the stone was a rock full of energy; a focal point of the positive energy at Machu Picchu and from the surrounding energy currents flowing into the rock. In the past, visitors to Machu Picchu would place there hands upon the stone to absorb the positive energy of the stone, but nowadays the stone is partitioned off from passing visitors with a permanent security guard watching over it.

Stop At: Temple of the Sun, Machu Picchu Peru

One of the most magical times in one of the most magical places in the world is winter solstice in Machu Picchu. In the Southern Hemisphere, winter solstice is the 21st of June and is the shortest day of the year, marking the start of winter. In Inca times, winter solstice was known as Inti Raymi or the Festival of the Sun. In Machu Picchu at dawn, when the very first light rises over the distant mountains, it shines through one of the two windows of the Temple of the Sun and illuminates the ceremonial stone within.

The second window was for the sun’s rays on summer solstice. The Temple of the Sun was used to honor the Inca deity, known as “Inti.” The Inca’s would sacrifice animals, such as llamas, on the stone altar in order to ensure good agricultural production for the coming months of planting and harvesting. In modern times, Inti Raymi is celebrated on the 24th of June with celebrations and festivals dominating the Cusco streets from the 16th to 24th of June. This is one of the best and busiest times to visit Cusco.

In the center of the Temple of the Sun is a large altar carved from rock, where the ceremonies and sacrifices could be performed. Underneath the temple is a cave, accessible only from the temple itself, which was believed to have been the burial site of Pachacutec.

Along the back wall of the temple was a 'window' of small holes, believed to have originally held small gemstones, often called the 'window of the serpent' by modern scholars.

Stop At: Temple of the Three Windows, Machu Picchu Peru

Located on the Sacred Plaza in then main Urban Section of Machu Picchu, the Temple of the Three Windows is a large lithic structure constructed of three walls. The long main wall features three large windows which are orientated east, and the two shorter lateral walls were used to support the main roof beam.

There are many theories as to why this building has three windows, most of which come from ancient chronicles written by Spanish conquistadores and prominent natives nobles; all of which seem to contract each other. Hiram Bingham believed that the three windows symbolized the place where the Incas originated. His theory was based on the written words of the chronicler Pachakuti Yanki Salqamayhua who says that after the great success of Manco Cápac (the legendary first Inca ruler) in creating the Inca Empire, he himself ordered the construction of the temple. The three windows were supposed to represent the three windows of his parents’ house. Interestingly according to Inca mythology Manco Cápac and his sister Mama Ocllo were sent from heaven, not from their parents’ house!

Situated on the Sacred Plaza in the Urban Sector of Machu Picchu, the Main Temple is an impressive rectangular shaped building consisting of 2 lateral walls and 1 rear wall. The base of the temple is made up of large lithic stones which support more regular sized and precisely carved stones. The Main Temple features a total of 17 trapezoidal shaped niches which were most likely used for ceremonial offerings. The rear wall of the temple also has 6 large stone pegs, which were probably used to hang decorations or aid in some way the rituals carried out at the temple.

During Inca times it was said that the Temple was adorned with colourful mantles, emblems and mummies of the most important Inca leaders. The temple supposedly housed an effigy of P’unchao, a divine sacred symbol made of solid gold representing the Inca God Wiraqocha. When the Incas abandoned Machu Picchu at the time of the Spanish conquest, they took with them all the most important artefacts leaving behind just the stone structure which we see today.

Various earthquakes over the years have undermined the structure of the Main Temple causing damage. It is most notable in the rear right hand corner of the building, where the stones have separated and moved downwards.

The Sacred Plaza is located in the far western side of the Urban Sector in a naturally elevated position. The plaza is home to three important buildings: The Main Temple, The Three Windowed Temple and the Priest’s House. Within the plaza there are also three mysterious stones: the first a large low lying flat stone thought to have been used as an altar; the second a much smaller and taller quadrangular block thought to have also been used as an altar; and the third stone in the shape of a rhombus, of which its corners point to the four cardinal points.

The view from the rear of the Sacred Plaza takes in the Vilcantoa Valley and mountain range. To the far right close to the river you can just see the start of the modern hydroelectric plant.

Informacion Adicional
"Confirmation will be received at time of booking"
"Not wheelchair accessible"
"Near public transportation"
"No heart problems or other serious medical conditions"
"Most travelers can participate"
"This experience requires good weather. If it’s canceled due to poor weather, you’ll be offered a different date or a full refund"
"This is a private tour/activity. Only your group will participate"