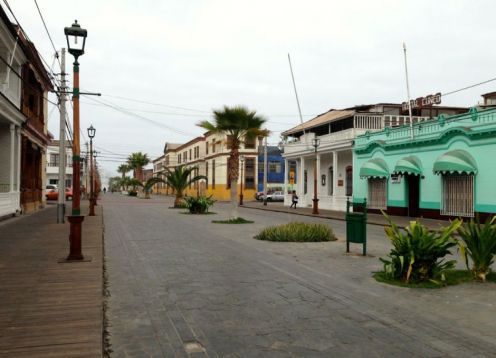 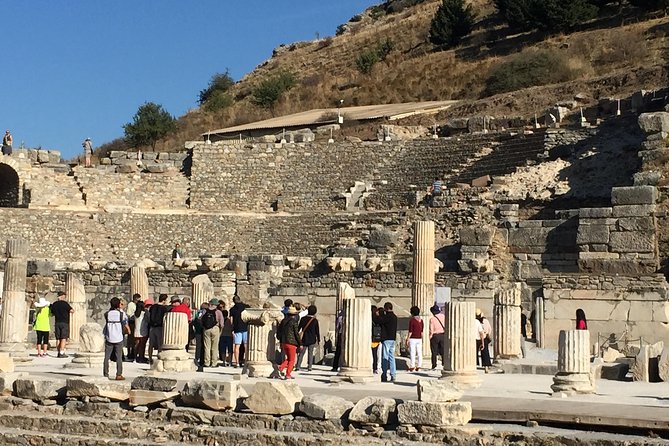 With the exception of Pompeii, Ephesus is the largest and best-preserved ancient city in the Mediterranean line. Ephesian Modus Vivendi tour aims a complete perspective on Ephesus and the Roman way of life "The House of Rich" of the ancient times of Ephesus. Guests must be able to walk approx. 1 mile and this tour is not recommended for guests with walking difficulties or those who use a wheelchair.

This tour offers a complete perspective about the Ancient City of Ephesus and the Roman way of living. In Ephesus, You will see the
• Magnesia Gate,
• Odeon,
• Trajan Fountain,
• Temple of Hadrian,
• Celsius Library,
• Grand Theater,
• Arcadian Way.

Afterwards, your guide will take you to explore the Terrace Houses known as "the houses of rich" and time to visit St. John's Basilica. We shall visit the terraced houses of Ephesus with beautiful frescos from the 2nd century CE that stretch up the hill. They once housed the rich and famous families in the town, who proudly preserved frescoes and mosaics on the interior. The decor of the houses and their furnishings provided some interesting information on Ephesian elites ' lifestyles during the Roman and early Byzantine periods. Houses are inevitable comparing them with similar buildings, especially in the villas of Pompeii and Herculaneum, found in parts of the Roman Empire. The consensus is that the houses of the Ephesians are by no means lower than those. Impressive!

Well, it's time to be the witness of an insight into the history of this ancient site, built in the sixth century by the Byzantine Emperor Justinian. It is believed that the church sits on John the Apostle's burial grounds and was designed as a cross. It was covered by six domes at its completion, with many of the walls presumably once covered in frescoes. The basilica was transformed into a mosque, hit by an earthquake and completely destroyed by a Mongolian army in 1402, as nearby Ephesus began to lose significance. All that remains today are different bricks and stones alongside the marble columns that once held up the structure, but recent restoration provides the context for visualizing and understanding its former status and meaning.

"The Pattern: A Language Before the Alphabet"

The hand-made oriental rug is not merely a work of art, but a journey in time and space to an ancient realm of beauty and mystical charm. No other art form bridges so many centuries spans so many cultures and captivities so many people as the Oriental rug. Hear the stories behind the attractive patterns and colors. They are stories, beliefs and prayers. See the original images, picture writings using tribal and religious symbols, the same symbols used in architecture and sculpture. See how the method of creation has remained relatively unchanged for over two millennia. Join us here today.