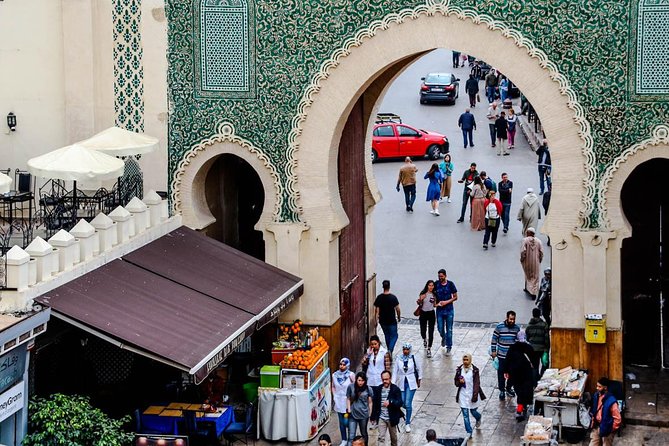 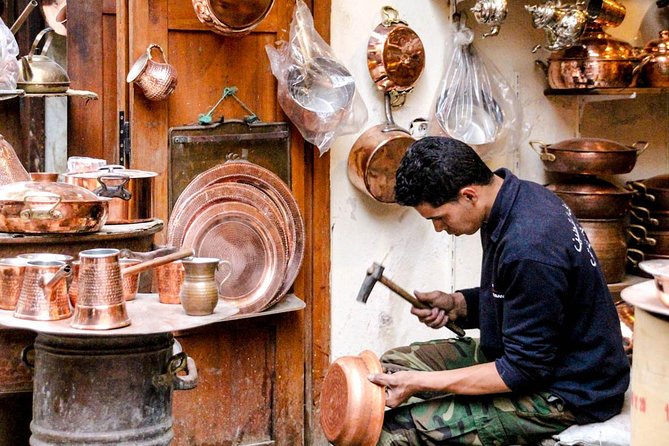 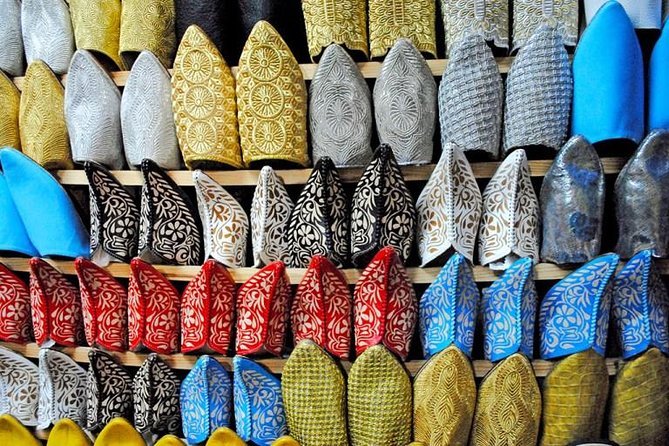 “Skip the line” with this tour means using a special entrance to bypass even the fast-track line....

Labelled Morocco's cultural capital, the city of Fes is renowned for its old town – Fes El Bali walled medina – a colorful mix of medieval Marinid architecture, vibrant souks and charming, sometimes mysterious atmosphere. The latter is due to the presence of such unique sites as the 14th-century Bou Inania religious school boasting elaborate cedar carving and ornate tile decoration. To find this and other notable attractions of Fes, follow this orientation walk.

The University of al-Qarawiyyin or Al Quaraouiyine is the oldest existing, continually operating higher educational institution in the world according to UNESCO and Guinness World Records and is occasionally referred to as the oldest university by scholars. It was founded by Fatima al-Fihri in 859 with an associated madrasa, which subsequently became one of the leading spiritual and educational centers of the historic Muslim world.

The al-Qarawiyyin played a leading role in the cultural and academic relations between the Islamic world and Europe in the middle ages. The cartographer Mohammed al-Idrisi (d. 1166), whose maps aided European exploration in the Renaissance is said to have lived in Fes for some time, suggesting that he may have worked or studied at al-Qarawiyyin. The University has produced numerous scholars who have strongly influenced the intellectual and academic history of the Muslim and Jewish worlds.

Compared with the Hagia Sophia in Istanbul or the Jameh Mosque in Isfahan, the design of the mosque is austere. The columns and arches are plain white; the floors are covered in reed mats, not lush carpets. Yet the seemingly endless forest of arches creates a sense of infinite majesty and intimate privacy, while the simplicity of the design complements the finely decorated niches, pulpit and outer courtyard, with its superb tiles, plasterwork, woodcarvings and paintings.

Why You Should Visit:
Non-muslims can see the traditional courtyard with the washing area (only for men) and the prayer area. The mixture of indoor and outdoor space truly makes the place amazing.

The Zaouia Moulay Idriss II is a "zaouia" (a shrine and religious complex; also spelled "zawiya") dedicated to and containing the tomb of Idris II, who ruled Morocco from 807 to 828 and is considered the main founder of the city of Fes and of the first Moroccan Islamic state.

In the year 1308, almost five centuries since the death of Moulay Idriss II, an uncorrupted body was found on the spot. People believed this was Moulay Idriss II and founded the zaouia. Originally built by the Marinids circa 1440, over the centuries the building was amended heavily, and almost completely replaced in the 18th century by Moulay Ismail in a style typical of the Alaouites that govern Morocco to this day.

Moulay Idriss II is the patron saint of the city of Fes, and it is believed that walking through his zaouia is beneficial for strangers visiting the city, boys before being circumcised and women wanting to facilitate childbirth.

The fascinating Nejjarine Museum situated in the heart of Medina has three stories of the history of Moroccan woodworking. Housed in a 14th-century funduq (or khan, a traditional inn), this creative attraction displays lots and lots of excellently crafted wooden objects, ranging from craftsman’s tools to furniture. You can easily wander around this museum for an hour and it is a great opportunity to admire the intricacy of such craftsmanship close up. The building itself is arguably even more beautiful than the crafts found inside and the café on top of the museum has great views over the Medina below.

TFounded in 1351–56 AD by Abu Inan Faris, who also founded the Bou Inania Madrasa in Meknes, this madrasa is widely acknowledged as an excellent example of Marinid architecture.

The name "Bou Inania" comes from the first part of the sultan's name "Abou Inan". The madrasa functioned both as an educational institute and as a congregational mosque. This is the only madrasa in Fes with a minaret. Opposite the main doorway of the madrasa is the entrance to the dar al-wudu (ablutions house). Left and right of the central court there are classrooms.

According to history, religious leaders of the Karaouine Mosque advised Abu Inan Faris to build this madrasa. It was the last madrasa to be built by the Marinids. The madrasa became one of the most important religious institutions of Fes and Morocco and gained the status of Grand Mosque.

The madrasa was renovated in the 18th century. During the reign of Sultan Mulay Sliman, entire sections were reconstructed. In the 20th century, major restoration work was performed on the load-bearing structure, the plaster, wood and tiled decorations with Islamic geometric patterns.

The madrasa is one of the few religious places in Morocco that is accessible for non-Islamic visitors. Opposite the Madrasa Bou Inania is the Dar al-Magana, a wall with a hydraulic clock that was built in conjunction with the madrasa.

Bab Bou Jeloud is one of the numerous gates in Fes, located at the entrance to old Medina. The original gate was built in Mauresque-Andalusian style in the 11th century. The exterior of Bab Bou Jeloud is beautifully decorated with Fassi blue and green tiles, while its horseshoe arches impress due to its splendor.

Dar Batha is a prominent city landmark and one of the main tourist attractions in the region, consisting of a luxurious palace, gorgeous gardens, and a museum dedicated to Moroccan arts and traditions. Housed in the palace, the museum displays various valuable artifacts taken from the decaying or ruined historic buildings in the medina of Fez such as madrasas, as well as traditional Fassie art works such as embroideries, zellij, sculpted works, jewelry, iron works, Korans, carpets and ceramics. Created for the recreational use of the distinguished guests of Sultan Hassan I, the Andalusian-style garden makes up around 58% of the entire palace area.

Rue Sekkakine is located in the "Fez’s Jewish Quarter." Rue Sekkakine is a fine street, one where you will enjoy numerous shopping options. The stores tend to specialize in gold and silver, as the quest for gold was born on this street by the city's Jewish community in the 14th century.

The Chaouwara tanneries are one of the city’s most iconic sights (and smells), offering a unique window into the pungent, natural process of producing world-class leather using methods that have changed little since medieval times. In 2015–16 they underwent a year-long restoration to spruce up the crumbling environs surrounding the pits, including the viewing terraces, but fear not – the tanneries' atmosphere remains intact. Try to get here in the morning when the pits are awash with coloured dye.

Informacion Adicional
"Confirmation will be received at time of booking"
"Not wheelchair accessible"
"Stroller accessible"
"Service animals allowed"
"Near public transportation"
"Infants must sit on laps"
"Infant seats available"
"No heart problems or other serious medical conditions"
"Most travelers can participate"
"This is a private tour/activity. Only your group will participate"