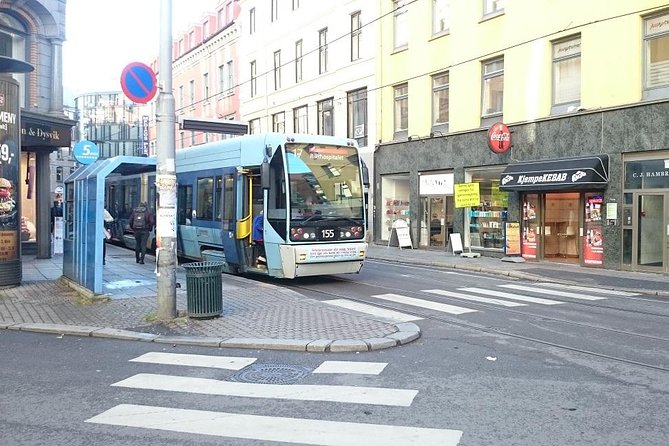 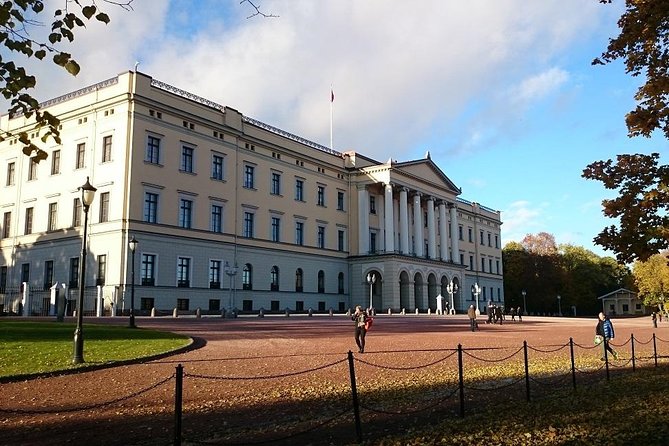 Are you tired of having to be a part of large tour groups? Well, don’t worry because this tour through Oslo was made for you! Explore the downtown highlights of Oslo with me the right way: Walk at your own pace, relax when you feel like it, and take as much time as you like.

The tour starts from Oslo's famous public square in front of the town hall and traces a route up to the Royal Palace, before walking down Karl Johan Avenue, Oslo’s main street. Along the way, I'll fill you in on some of Norway's history, its royal family and its famous writers. You’ll take in Oslo's famous historic sights and also experience a more modern side of Oslo, with its shops, street musicians and parliament. We'll end the tour in Bjørvika, a bay with a perfect view of the National Opera and Ballet.

Aker Brygge is a shopping center built on the remains of an old shipyard. It's a popular meeting spot to grab a bite to eat or a drink after work.

The Nobel Peace Center building used to be an old railway station, where trains from the western parts of Norway arrived. The building now serves as a museum about the Nobel Peace Prize and tells the story of the Peace Prize founder Alfred Nobel, as well as past winners.

The park that surrounds the Royal Palace was built during the 1840's. It has many majestic trees, well-kept lawns and beautiful ponds, some of them with fountains. The park is a popular recreational area for the citizens of Oslo, and even served as a base for hippies in the mid-1960's.

Paris has its Champs Elysees, New York has its Broadway, Oslo has Karl Johan Avenue – or just “Karl Johan”. The first part of the street was already established in the 1500s, but since 1852 it has been known as “Karl Johan” – named after the King.

In the old days the Østbanehallen was the central railway station for the northern routes in Norway. After a complete transformation, the Østbanehallen reopened in 2015 and features shops, restaurants, a hotel and the Oslo Visitor Center.

Informacion Adicional
"Confirmation will be received at time of booking"
"Wheelchair accessible"
"Stroller accessible"
"Service animals allowed"
"Near public transportation"
"Infants must sit on laps"
"Most travelers can participate"
"This is a private tour/activity. Only your group will participate"