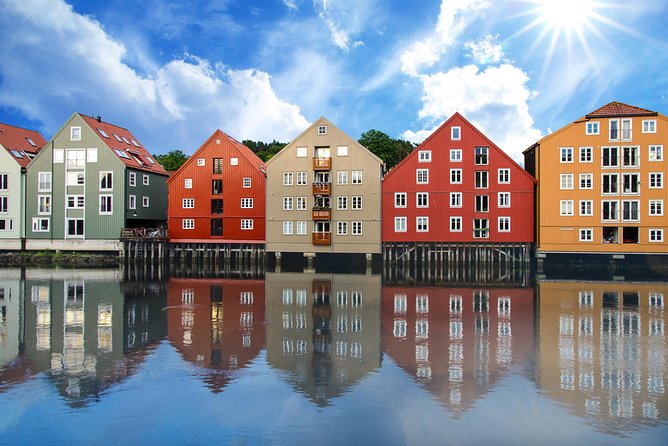 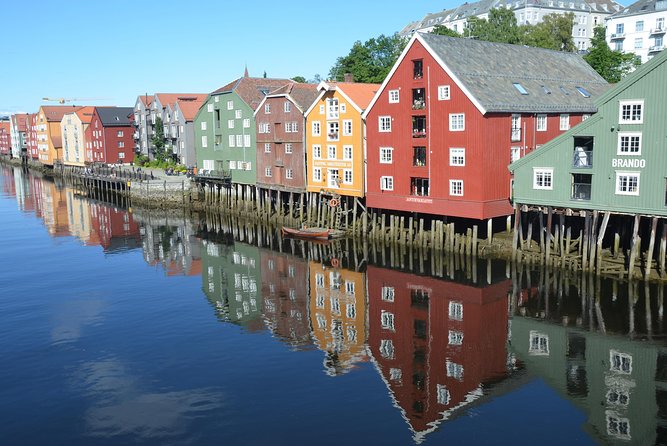 Trondheim: A stroll around the Inner Circle Walking Audio Tour by VoiceMap

Olav Tryggvason was king of Norway between 995 and 1000 AD and founded Trondheim in 997. He's famous for building the first Christian church in Norway. For those who have read old, Icelandic sagas, Olav is frequently mentioned.

The Stiftsgården is the Royal Residence in Trondheim. It was built between 1774 and 1778 for Lady Cecilie Christine Schøller. She was the widow of chamberlain Stie Tønsberg Schøller, a wealthy wholesaler and trader. She was also a prominent fixture of the city’s social elite. The Baroque-style building has more than 100 rooms and is the largest wooden palace in Northern Europe.

After the great fire of 1681 the Kristiansteen fortress was built on the hilltop to keep an eye on the city. It also had a strategic military position, and helped save the city from conquest by Sweden in 1718. During the Second World War it was taken over by the Nazis, who executed 23 Norwegian patriots inside it. The building is now a museum, which includes a dungeon that's open to view. If you see a flag waving over the fortress, it means that the fortress is open to the public.

Informacion Adicional
"Confirmation will be received at time of booking"
"Not wheelchair accessible"
"Stroller accessible"
"Service animals allowed"
"Near public transportation"
"Infants must sit on laps"
"Most travelers can participate"
"This is a private tour/activity. Only your group will participate"