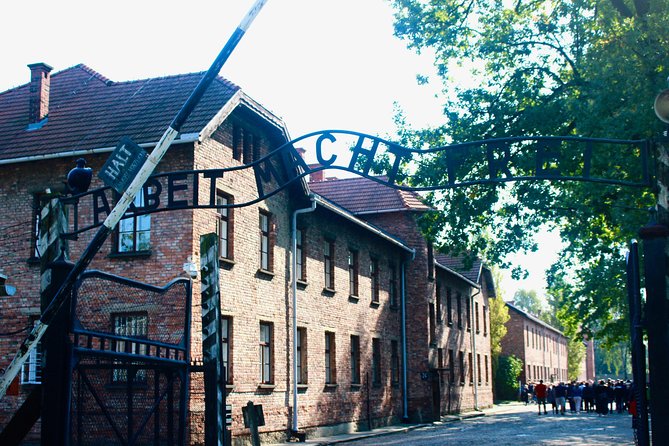 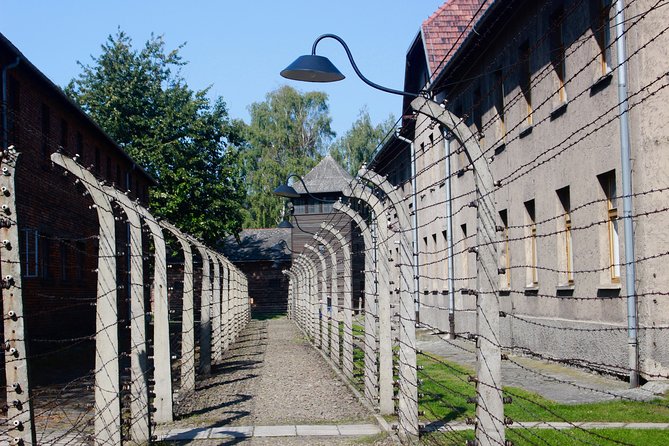 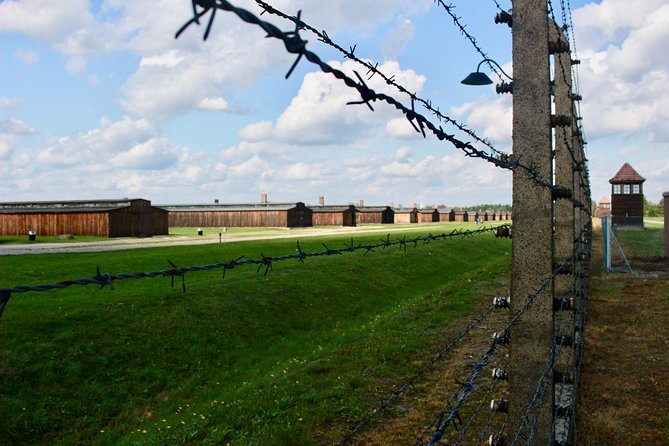 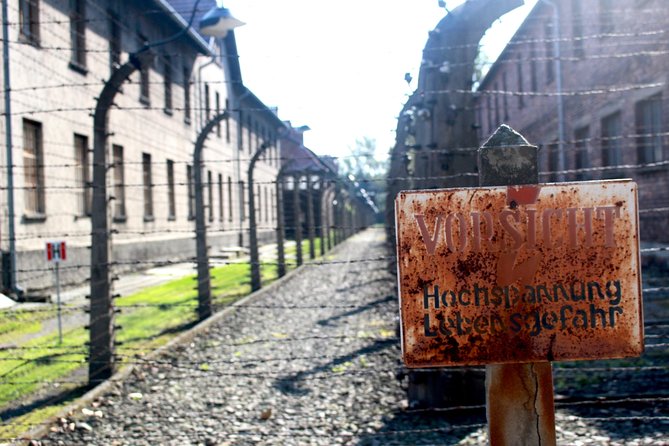 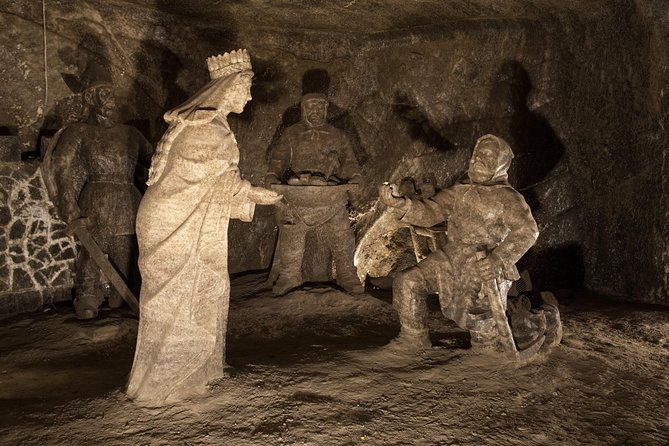 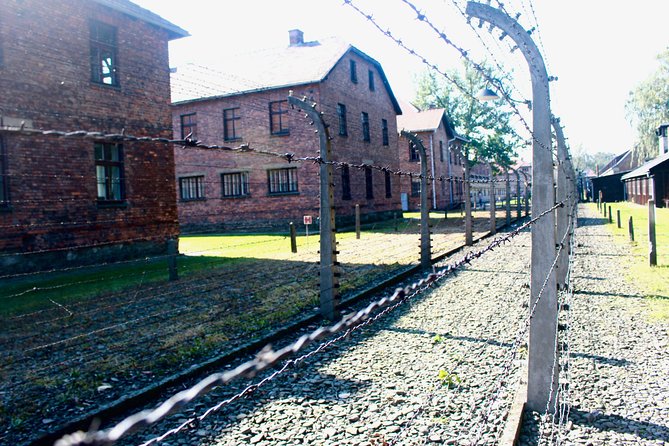 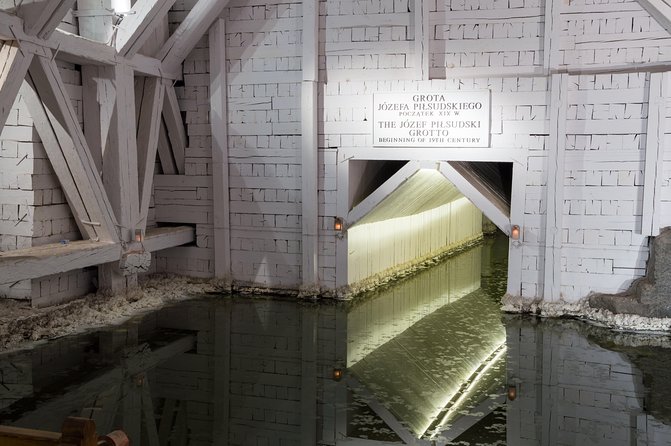 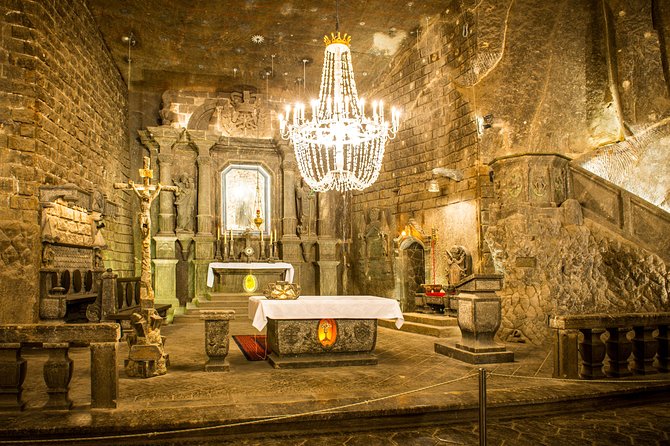 Auschwitz and Wieliczka Salt Mine One Day Private Tour with 4Travellers

Let's see these two important places at one day. During the whole journey, from pickup to picking up, you are looked after by a qualified English-speaking driver who will make you feel safe and comfortable. You will be able to spend more time learning about culture and history instead of standing in a long queue for tickets. We are flexible and adapt to the needs of customers, so if you want to modify the trip plan - do not hesitate to inform us about it.

Learn the history of the largest and most well-known concentration camp across the globe. Auschwitz – Birkenau was built and governed by Nazi Germany during World War II on a territory of occupied Poland, in the city of Oświęcim. When the German forces took over this land in 1939, the first facility constructed under their watch was for detainment of Polish political prisoners.

As a result of an idea which came up in the SS headquarters, on 27th April, 1940 - Heinrich Himmler gave an official order to transform the prison into a network of concentration and extermination camps.

The first mass execution of prisoners took place in September 1941, and shortly afterwards Auschwitz II-Birkenau soon became the main site of the Nazi's “Final Solution to the Jewish Question” during the Holocaust. The exact number of people that were murdered in gas chambers or were starved to death there is unknown but historians estimate that it was at least 1.3 millions of Jews, Poles, Romani, Jehovah’s Witnesses, homosexuals, and tens of thousands of others.

Taking a tour with 4Travellers company is a great opportunity to gain more knowledge about the tragic events that happened in this so-called “world’s largest grave”. Nowadays, Auschwitz-Birkenau camp is being visited by millions of tourists from all around the world and in 1979 it was named a World Heritage Site by UNESCO.

Considering the fact that visiting the museum might be a very arduous experience for our clients, during the tour we take care of all details such as transport, a professional English speaking guide, and arranged tickets for the museum. Moreover, if you choose to take this tour with us you will not have to wait in any queues at the entry.

Join us for a wonderful tour to the one of the oldest and longest operated salt mines in the history of Europe! Located in the town of Wieliczka, nearby the city of Cracow, the salt mine contains approximately 287 kilometers (178 miles) of walkways throughout its 9 levels. The deepest level of the mine lays 327 meters below the ground level. According to the old legend, the Princess Kinga was the one that pointed out the exact spot where the miners started their first diggings in the 13th century. There is a magnificent underground chapel built in her honor, which is one of the highlights of the tour along with many salt-lakes and chambers inside the mine.

Thanks to the beautiful chambers and health benefits of the Wieliczka Salt mine, about 1.2 million tourists visit it annually. Few of the notable visitors are Pope John Paul II, Nicolaus Copernicus, Johann Wolfgang von Goethe, Fryderyk Chopin, former U.S President Bill Clinton, and many others.

Wieliczka Salt mine is currently one of Poland's official national Historic Monuments and in 1978 it was placed on the original UNESCO list of the World Heritage Sites, which makes it a must-see tourist attraction.

Informacion Adicional
"Confirmation will be received at time of booking"
"Not wheelchair accessible"
"Not recommended for pregnant travelers"
"No heart problems or other serious medical conditions"
"Travelers should have a moderate physical fitness level"
"This is a private tour/activity. Only your group will participate"

Duração: 10 Hours
Ponto de partida: Traveler pickup is offered
We pick up and drop off at every place in Cracow.