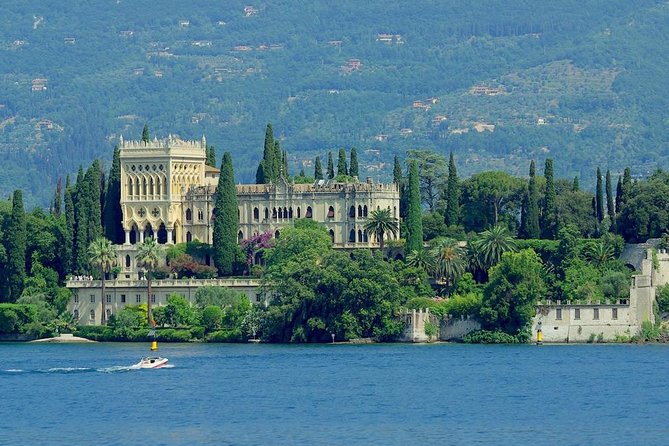 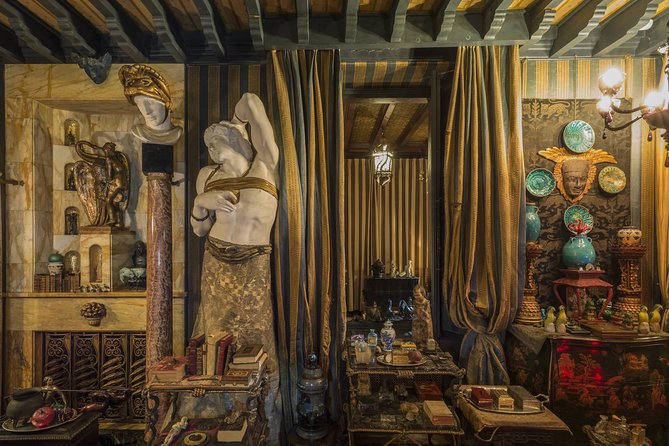 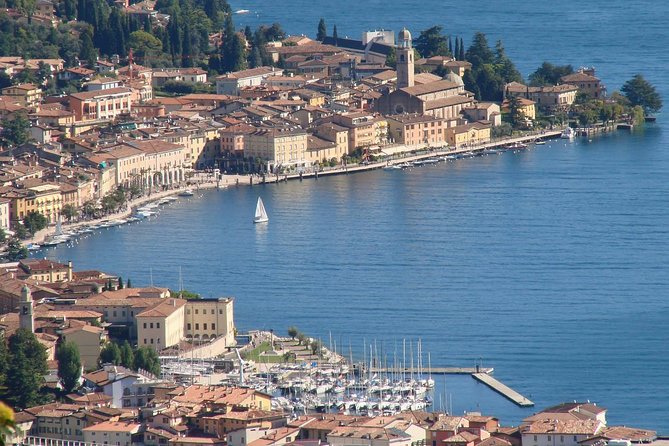 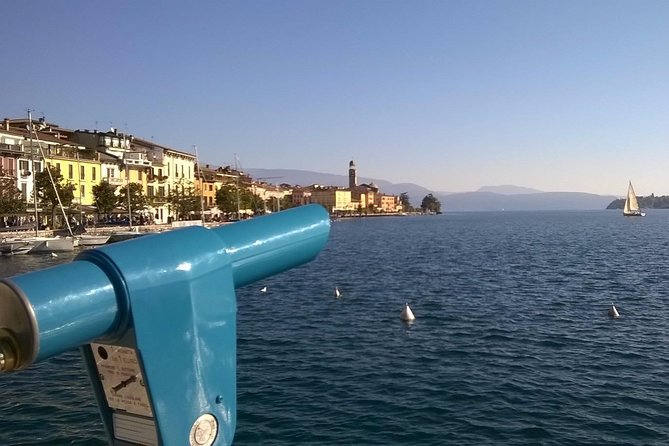 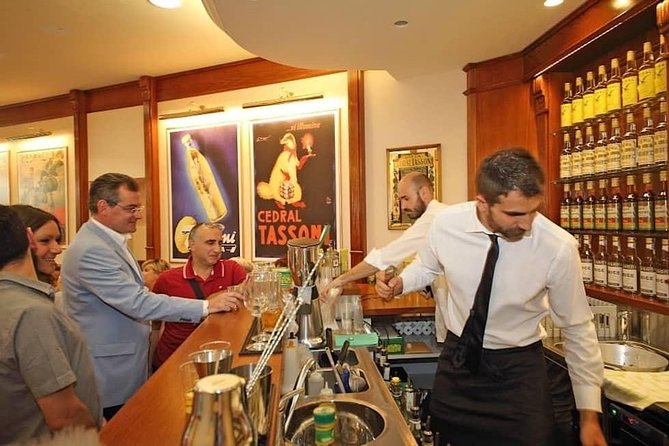 The well known Italian poet Gabriele D'Annunzio, an artist and a soldier who was a protagonist of World War I, chose Gardone Riviera as his ultimate residence. Here, he turned a villa formerly belonged to a German art critic into a huge monument to his own genius. The so called "Vittoriale degli Italiani" includes a vast park, a wonderful open air theatre, the artist's tomb and even an original battleship.
This private tour will allow you to have a guided visit of this amazing complex, and then to reach Salò, a close-by village whose name was gloomily linked to the Italian Social Republic, a fascist state actually ruled by Nazis between 1943 and 1945. Indeed, the town centre hosts art and architecture treasures, such as the "Magnifica Patria" Palace, built in 1542 and XV century church of Santa Maria Annunciata.
At the end, you'll get a fresh surprise: a tasting of the typical "Cedrata", a lemony sparkling beverage which will give an amusing, zesty flavor to your afternoon.

The small, charming village stands in an iconic position, on a peninsula extending for four kilometers from the southern coast of lake Garda. The town centre is guarded by the Rocca Scaligera, a majestic fortress built during the Veronese domination of Sirmione, in the 13th and 14th century.
Nowadays, Sirmione is a popular tourist site due to its thermal barths and archeological remains, dating back to the Roman age.

The town site was likely inhabited since the Roman age; it developed throughout the centuries, its economy being based mostly on agriculture. It was in the 19th century that tourism began to increase, gradually turning Gardone in the well known location of today. The town is also well known to host the "Vittoriale", the residence of Gabriele D'Annunzio, a major Italian writer and poet of the early 20th century.

This vast and articulated mansion was the last residence of the Italian poet Gabriele D'Annunzio, between 1921 and 1938. It covers an area of approximately nine hectares and is formed by a villa called "Prioria", the actual house of the artist, surrounded by an impressive sequence of spaces: an open air theatre, a lemon garden, a monumental grave, and even a battleship. The massive works were completed only in 1953 with the completion of the theatre, which stands downhill with an astonishing view on the lake.

Founded during the Roman age, the small town was a political protagonist during the late Medieval and Renaissance age, when it lead, together or alternating with the nearby Maderno, a confederation of villages called "Riviera", which depended on the Milanese, Venetian or Veronese authority through the centuries, but often kept a relevant autonomy.
During the last years of World War II, Salò was the capital of the so called Italian Social Republic, formally ruled by Benito Mussolini but actually controlled by Nazis.

Informacion Adicional
"Confirmation will be received within 48 hours of booking, subject to availability"
"Not wheelchair accessible"
"Most travelers can participate"
"This is a private tour/activity. Only your group will participate"
"Face masks required for travelers in public areas"
"Face masks required for guides in public areas"
"Hand sanitizer available to travelers and staff"
"Social distancing enforced throughout experience"
"Regularly sanitized high-traffic areas"
"Gear/equipment sanitized between use"
"Transportation vehicles regularly sanitized"
"Guides required to regularly wash hands"