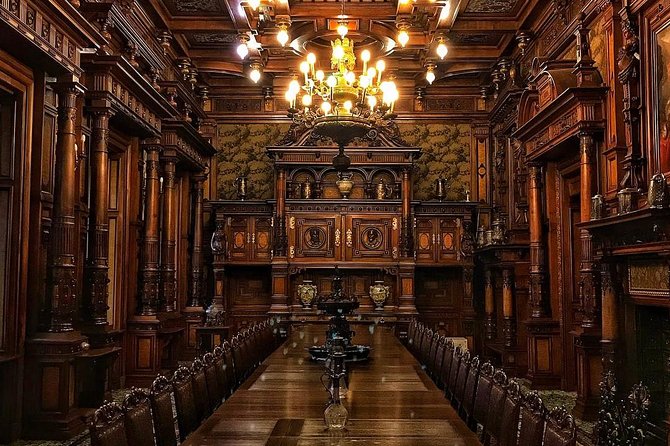 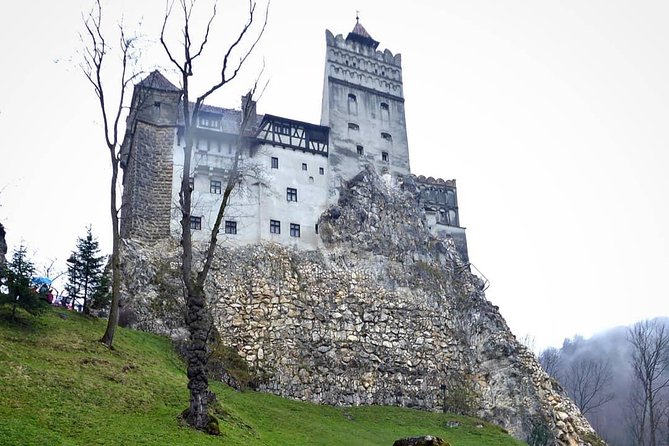 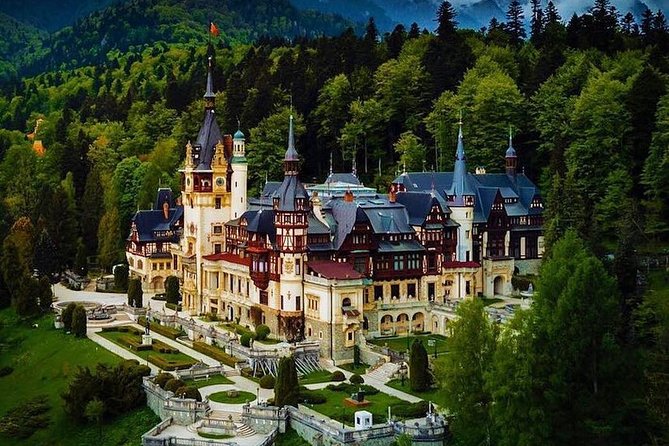 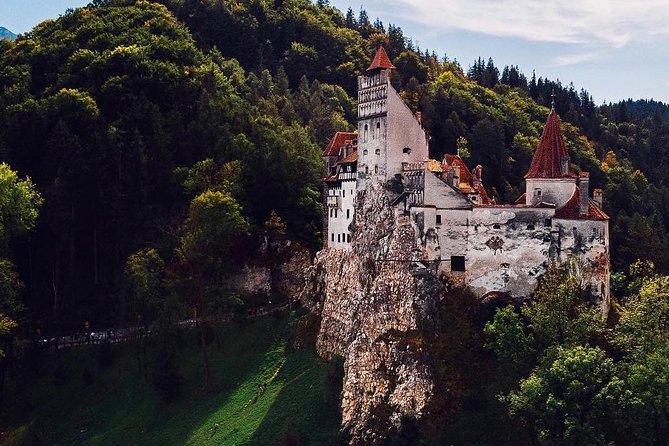 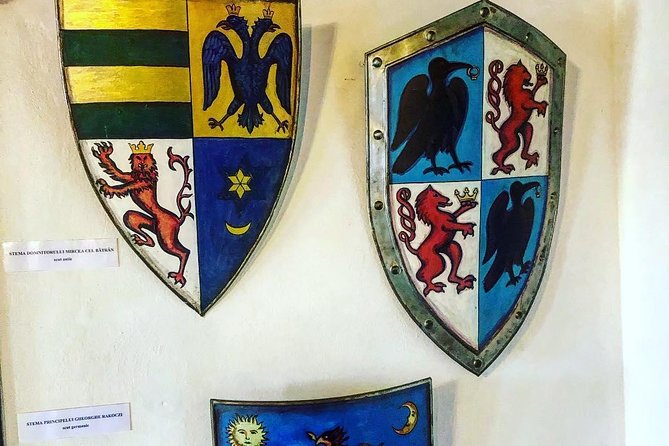 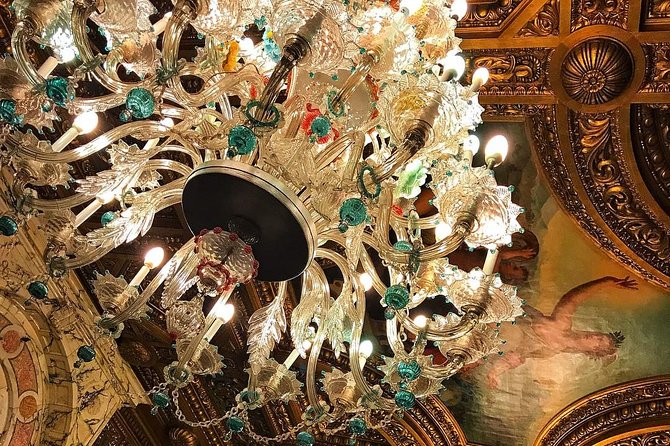 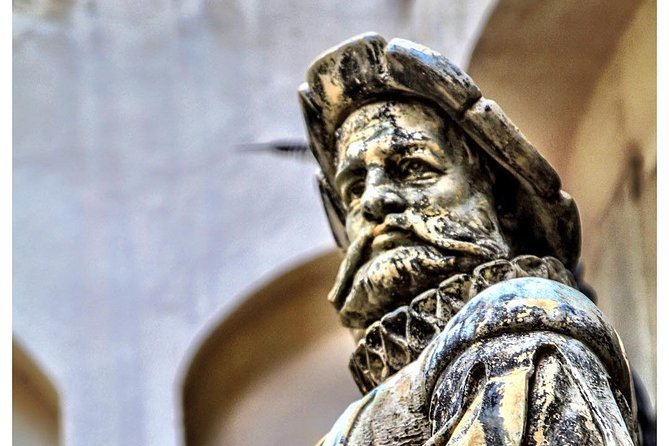 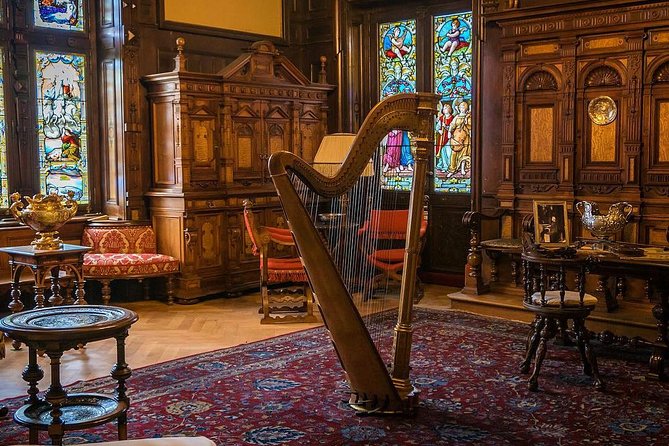 See Gothic sites of interest, such as the castle that inspired Dracula, and explore Transylvania's diverse cultural influences.
*Tour beautiful Sinaia and the former royal residence of Peles Castle
*Discover the castle that inspired Bram Stoker's Dracula at Bran Castle
*Drive through the magnificent landscape of the Carpathian Mountains
*Brasov is another delightful medieval chapter of Transylvania.

Sinaia (Romanian pronunciation: [siˈnaja]) is a town and a mountain resort in Prahova County, Romania. It is situated in the historical region of Muntenia. The town was named after Sinaia Monastery of 1695, around which it was built. The monastery in turn is named after the Biblical Mount Sinai. King Carol I of Romania built his summer home, Peleș Castle, near the town in the late nineteenth century.

Sinaia is about 65 kilometres (40 miles) northwest of Ploiești and 48 kilometres (30 miles) south of Brașov, in a mountainous area on the Prahova River valley, just east of the Bucegi Mountains. The altitude varies from 767 to 860 metres (2,516 to 2,822 feet) above sea level.

The city is a popular destination for hiking and winter sports, especially downhill skiing. Among the tourist landmarks, the most important are Peleș Castle, Pelișor Castle, Sinaia Monastery, Sinaia Casino, Sinaia train station, and the Franz Joseph and Saint Anne Cliffs. Sinaia was also the summer residence of the Romanian composer George Enescu, who stayed at the Luminiș villa.

Peleș Castle (Romanian: Castelul Peleș pronounced [kasˈtelul ˈpeleʃ] (About this soundlisten)) is a Neo-Renaissance castle in the Carpathian Mountains, near Sinaia, in Prahova County, Romania, on an existing medieval route linking Transylvania and Wallachia, built between 1873 and 1914. Its inauguration was held in 1883. It was constructed for King Carol I.

The Sinaia Monastery, located in Sinaia, in Prahova County, Romania, was founded by Prince Mihail Cantacuzino in 1695 and named after the great Saint Catherine's Monastery on Mount Sinai in Egypt. As of 2005, it is inhabited by 13 Christian Orthodox monks led by hegumen Macarie Bogus. It is part of the Bucharest archdiocese.

Surrounded by an aura of mystery and legend and perched high atop a 200-foot-high rock, Bran Castle owes its fame to its imposing towers and turrets as well as to the myth created around Bram Stocker's Dracula.

Built on the site of a Teutonic Knights stronghold dating from 1212, Bran castle was first documented in an act issued on November 19, 1377, giving the Saxons of Kronstadt (Brasov) the privilege to build the Citadel.

Bran (Dracula Castle) RomaniaAlthough Stoker never visited Transylvania, the Irish author relied on research and his vivid imagination to create the dark and intimidating stomping ground of Count Dracula, leading to persistent myths that it was once the home of Vlad Tepes, ruler of Walachia. While the association with Dracula is sketchy at best, the castle continues to hold a strong attraction for all fans of the Count.

Râșnov Fortress (Romanian: Cetatea Râșnov, German: Rosenauer Burg) is a historic monument and landmark in Romania. It is situated in Râşnov, Brașov County, in the immediate vicinity of Brașov.

The fortress was built as part of a defence system for the Transylvanian villages exposed to outside invasions. A decisive aspect for building the fortress at its location was the route of the invading armies which were coming from the Bran pass and were passing through Râșnov, on their way to Braşov and other parts of the Burzenland region. The only chance of survival for the inhabitants of the area, including from Cristian and Ghimbav, was the refuge inside the refuge castle at Râşnov. Compelled to stay there for decades, the people of Râșnov and the nearby villages turned the fortification into their long-term place of residence.

Brașov is located in the central part of the country, about 166 kilometres (103 miles) north of Bucharest and 380 kilometres (236 miles) from the Black Sea. It is surrounded by the Southern Carpathians and is part of the historical region of Transylvania.

The city is notable for being the regional capital of the Transylvanian Saxons of the Burzenland administrative area in the past, and a large commercial hub on the trade roads between East and West. It is also the birthplace of the national anthem of Romania.

Informacion Adicional
"Confirmation will be received at time of booking"
"Not wheelchair accessible"
"Passport name"
"This is a private tour/activity. Only your group will participate"

Horário de Início: 8:00 AM
Duração: 12 Hours
Ponto de partida: Traveler pickup is offered
The meeting place will be the location / hotel / apartment where you are staying!