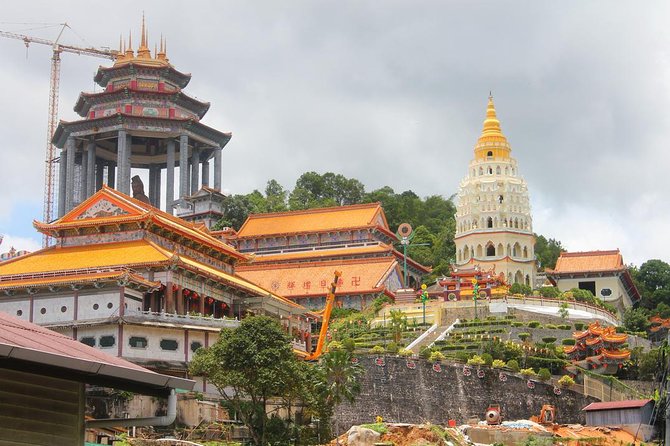 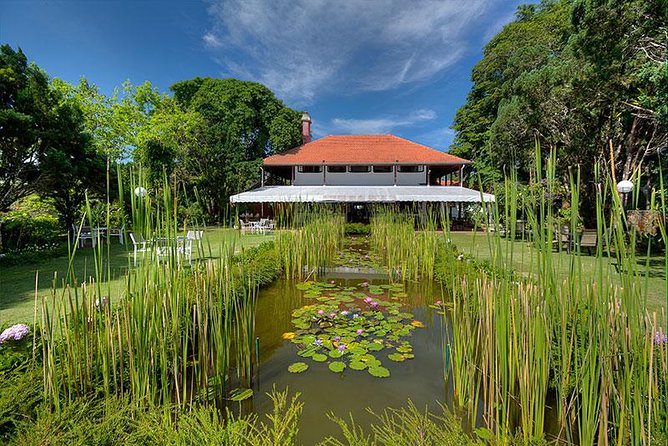 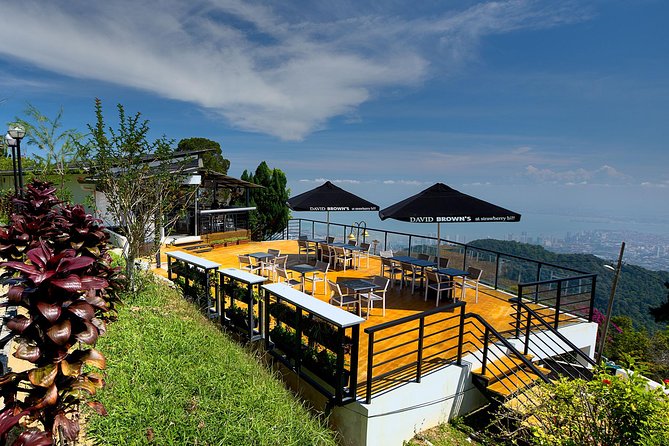 A Fabulous Day in Penang (Private Tour with Lunch)

This is customized tour meant for tourist to visit most of the landmark of Penang island in a time of a day. This tour will explore both places of attraction that famous among foreign tourists as well the locals. You will get to learn the local customs, livelihood, neighborhood and the tradition of the local Penangnites, as well the history of the British Crown Colony in South East Asia.

For a breath of fresh air, Penang Hill provides the perfect escape from the bustling city and there are plenty to be discovered at its peak. There are several ways to get up to the peak of Penang Hill, such as driving, hiking or taking the funicular train ride up the 833-metre (2,732 feet) high hill. If you haven’t been on the world’s steepest funicular tunnel track yet, ride on the funicular train for a unique experience!

As the longest funicular track in Asia with a total length of 1,996 metres from Lower Station to Upper Station, be prepared to feel some pain and blocked feeling in your ears as the funicular train heads uphill speedily in less than 15 minutes.

Spanning 79 metres (258 feet) long and 3 metres (10ft) wide with a steepness of 27.9 degrees, the Penang Hill train provides an enjoyable view before you even get to the peak.

The Bats’ Cave Temple of Tua Peh Kong was built at the foot of Penang Hill, at Jalan Pokok Ceri more than two hundred years ago. The temple is famous and unique because a few thousand bats make their dwelling place isn the cave situated inside the Temple. They fly out to find food which is mainly on insects at night and sleep by hanging themselves during the day.

As you enter the Temple, you will see the magnificent statue of Tua Peh Kong (God of Prosperity) made of granite measuring 2 meter high. The Temple is the significant place of tourists as Tua Peh Kong is regarded as the patron saint of prosperities and good luck.

Situated strategically on a sprawling hill, Kek Lok Si is known as the jewel in the crown of heritage temples in Malaysia, and has been identified as one of the largest and finest temple complexes in Southeast Asia.

The scenic view of the hills outside the temple complements the temple’s exquisitely designed rooflines and exotic pullars, further enhancing the picturesque facade of the Kek Lok Si Buddhist Monastery.

Kek Lok Si is known not only for the beauty of its historic buildings, which attract thousands of tourists every year, but also for being a center for Chinese culture and Buddhist teaching. The dissemination of Buddhism through organized events and special occasions has benefited many devotees and followers of the Buddhist way of life. It is hoped that further dissemination of Buddhist knowledge will be conducted in Kek Lok Si, a center par excellence in Buddhist education, bring about better understanding and practices of Buddhist teachings to help create a more harmonious world.

The Peranakans, also known as the Babas and Nyonyas, was a prominent community of acculturated Chinese unique to this part of the world, especially in the Straits Settlements (Penang, Malacca and Singapore) hence its other name, the Straits Chinese. Adopting selected ways of the local Malays and later, the colonial British, the Peranakans had created a unique lifestyle and customs which had not only left behind a rich legacy of antiques but its cultural influences like cuisine and language are still evident in Penang today.

At the Pinang Peranakan Mansion, the typical home of a rich Baba of a century ago is recreated to offer a glimpse of their opulent lifestyle and of their many customs and traditions. With over 1,000 pieces of antiques and collectibles of the era on display, this Baba-Nyonya museum is also housed in one of Penang’s heritage mansion of eclectic design and architecture. Built at the end of the 19th century by one of local history’s famous personalities, the ‘Hai Kee Chan’ or Sea Remembrance Store had once served as the residence and office of Kapitan Cina Chung Keng Kwee. Though not a Baba himself, his Chinese courtyard house was much like a typical large Baba home of eclectic style, incorporating Chinese carved-wood panels and English floor tiles and Scottish ironworks. Having survived the many decades of neglect and decay, the mansion has now been restored to its former glory of a stately home.

Leong San Tong Khoo Kongsi, or Khoo Kongsi for short, is one of the most distinctive Chinese clan association in Malaysia. It is well known worldwide for its extensive lineage that can be traced back 650 years ago, as well as its closely-knit and defensive congregation of buildings and a magnificent clanhouse.

Informacion Adicional
"Confirmation will be received at time of booking"
"Not wheelchair accessible"
"Stroller accessible"
"Most travelers can participate"
"This experience requires good weather. If it’s canceled due to poor weather, you’ll be offered a different date or a full refund"
"This is a private tour/activity. Only your group will participate"

Horário de Início: 9:00 AM
Duração: 6 To 8 Hours
Ponto de partida: Traveler pickup is offered
A local guide will pick up guest on the preset time 0900 (9 a.m.) at the customer prefered pick up spot. (e.g. hotel lobby / cruise terminal)
Pick up spot within Penang Island else additional charge will be impose.