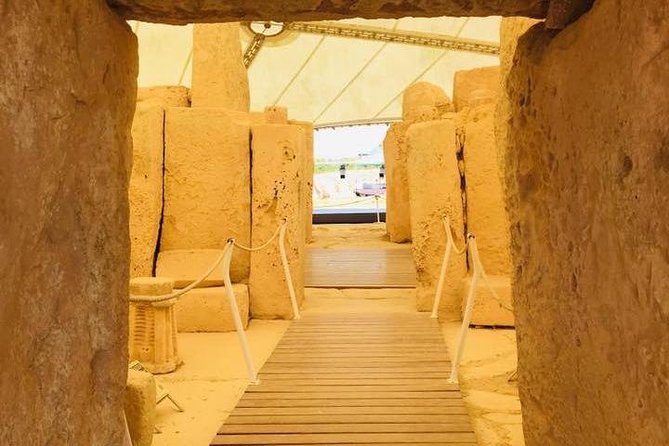 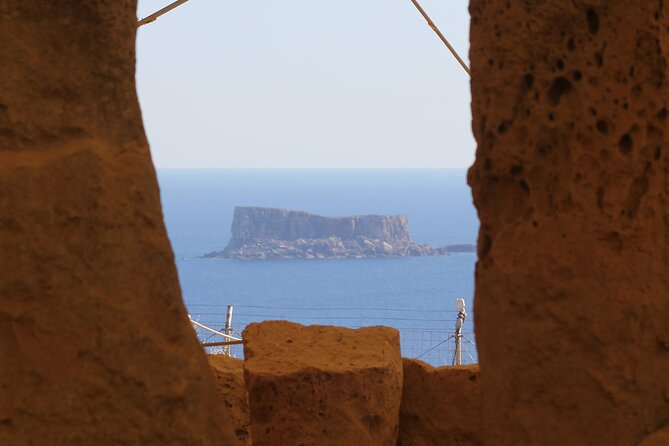 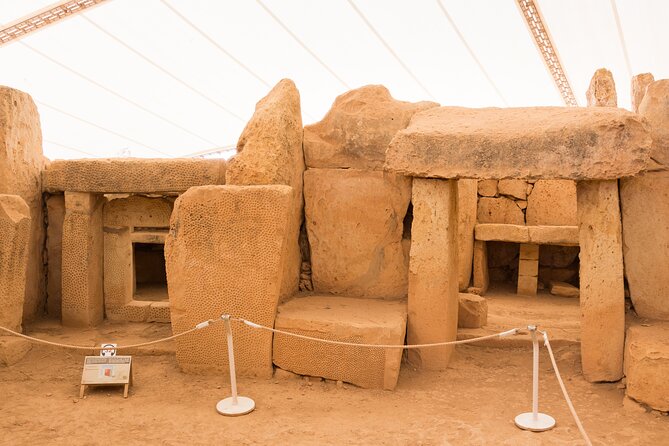 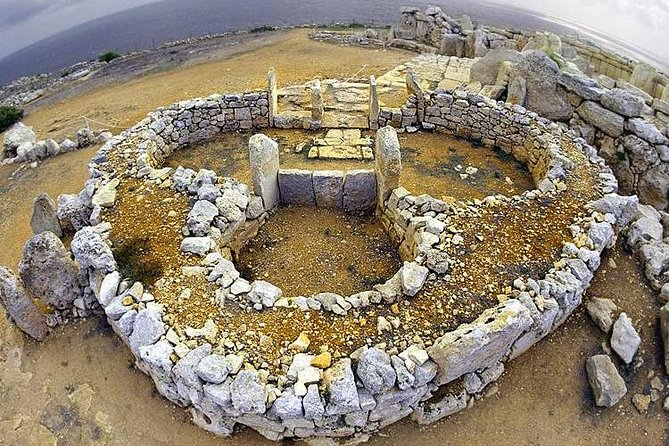 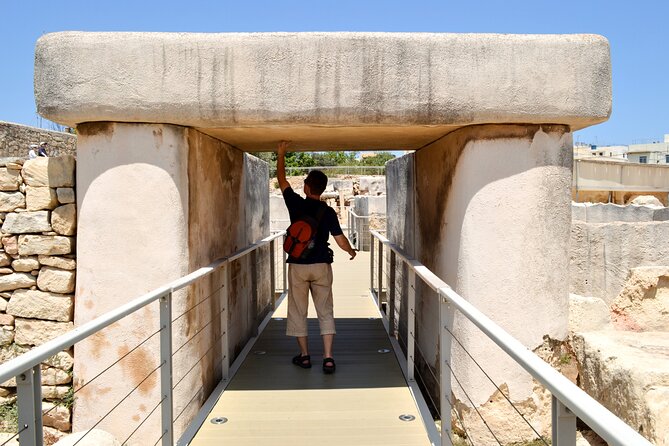 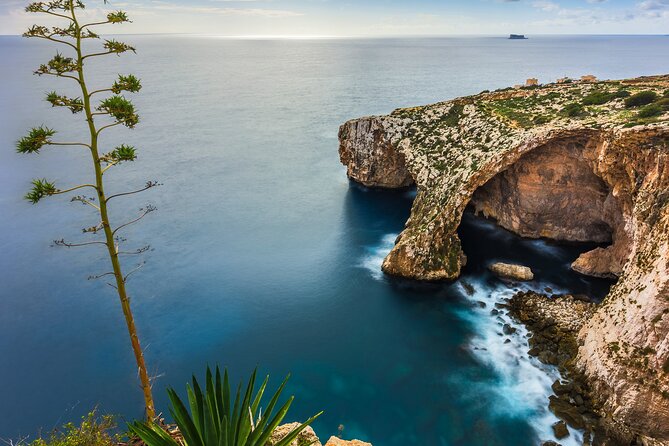 Walk through time (3500BC) when visiting these ancient prehistoric temples. Many people know about the Pyramids and Stonehenge but little do they know when it comes to these Maltese temples outdating them both. We have around twenty three megalithic sites scattered all over the islands of Malta & Gozo.

In this private tour we will be visiting two fishing villages, Tarxien, Hagar Qim & Mnajdra temples. Two of these temples spread apart by a few meters very close to our cliffside, on the first day of each season the sun rises in a particular alignment with these prehistoric buildings marking the grow or harvest periods.

We do not call this a guided tour but there is no need for one to be since on every site there will be its own guidance and audio visuals.

All entry fees are included in price with free flowing cold water.
Only the boat ride is optional and tickets need to be bought upon arriving at the site.

The Tarxien Temples site consists of a complex of four megalithic structures built between 3600 and 2500 BC and re-used between 2400 and 1500 BC. Discovered in 1913 by local farmers, the site was extensively excavated between 1915 and 1919, with a number of minor interventions carried out in the 1920s, by Sir Themistocles Zammit, Director of Museums at the time.

The earliest of the four structures, located at the easternmost end of the site and built sometime between 3600 and 3200 BC, survives only to near ground level although its five-apse plan is still clearly visible. The South Temple, the most highly decorated of megalithic buildings with its relief sculpture and the lower part of a colossal statue of a skirted figure, and the East Temple, with its well-cut slab walls and ‘oracle’ holes, were built between 3150 and 2500 BC. The Central Temple was constructed with its unique six-apse plan and contains evidence of arched roofing.

Of the four structures, three were substantially reconstructed by Zammit during the excavation itself with further interventions taking place in the 1960s. They contain highly decorated stone blocks and screens, reliefs of domestic animals and spirals, the colossal statue and a number of altars, one of which contained a flint knife and animal bones. Their location and the relationship with the temple itself are our best indications of the type of activities which took place on site. Tarxien has also contributed to the study of the construction of these megalithic structures with the discovery of stone spheres which have been interpreted as being stone rollers, used as aids to transportation of the megaliths. Remains of cremation found at the centre of the South temple indicate that the site was re-used as a Bronze Age cremation cemetery, between 2400 and 1500 BC.

An elevated walkway was completed in 2012. This provides visitors with the opportunity to view the prehistoric remains from a unique viewpoint. The construction of a Shelter, funded by the European Regional Development Fund (ERDF) 2007-2013 as part of the Archaeological Heritage Conservation Project, was also finalised.

The temple of Ħaġar Qim stands on a hilltop overlooking the sea and the islet of Fifla, not more than 2km south-west of the village of Qrendi. At the bottom of the hill, only 500m away, lies another remarkable temple site, Mnajdra found above the Southern cliffs. The surrounding landscape is typical Mediterranean garigue and spectacular in its starkness and isolation.

First excavated in 1839, the remains suggest a date between 3600 – 3200 BC, a period known as the Ġgantija phase in Maltese prehistory. Ħaġar Qim was in fact never completely buried as the tallest stones, remained exposed and featured in 18th and 19th century paintings. The site consists of a central building and the remains of at least two more structures. The large forecourt and the monumental facade of the central structure follow the pattern typical of Maltese Prehistoric Temples. Along the external wall one may find some of the largest megaliths used in the building of these structures, such as a 5.2m high stone and a huge megalith estimated to weigh close to 20 tonnes.

The building itself is made up of a series of C-shaped rooms, known as apses. Walking through the main entrance, one finds a central paved space with an apse on each side. These apses are more firmly screened off than is usual at other temple sites using walls and slabs with square shaped portholes cut through as doorways. During excavations a slab bearing a pair of opposing spirals in relief and a free-standing pillar decorated on all four sides were found in the area. These have been replaced with replicas on site and the originals can be found at the National Museum of Archaeology.

Through the inner passage one finds an apse on the right and a large space on the left. The apse on the right has a curious setting of low stone slabs forming an inner enclosure. At the rear of this apse is a small elliptical hole. The rays of the rising sun on the first day of summer, the Summer Solstice, pass through this hole and illuminate one of the low slabs.

The large space on the left holds three high so-called ‘table altars’ and a doorway to an additional chamber reached by three steps. Three more chambers form part of this building but these can only be reached through doorways along the outer wall. Much of interest has been unearthed at Ħaġar Qim, notably stone and clay statuettes of obese figures which are also found at the National Museum of Archaeology in Valletta.

Mnajdra is found in an isolated position on a rugged stretch of Malta’s southern coast overlooking the isle of Fifla. It is some 500m away from Ħaġar Qim Temples. It consists of three buildings facing a common oval forecourt. The first and oldest structure dates to the Ġgantija phase (3600 – 3200 BC). The second structure to be built was the South Temple, constructed in the early Tarxien phase (3150 – 2500 BC). The Central Temple, inserted between the other two, was the last to be built. Remains to the north-east and south of these buildings indicate that these three structures are only the best preserved of a larger complex.

The South Temple has its entrance set in a concave monumental facade and leads to two rooms, or apses. On the left-hand side, a decorated porthole doorway (a square-shaped opening cut in the centre of a stone block) leads into a small chamber. The apse to the right has a small rectangular opening which connects it to a chamber within the thickness of the walls accessible only from the rear of the building and a porthole doorway at the top of a small flight of stairs leading into another small chamber. Within the latter chamber is a small niche accessed through a small porthole slab set within a trilithon. This arrangement features on the Maltese 5, 2 and 1 euro cent coins. The four horizontal courses at the top of the walls in this area are perhaps the best indication of what the building’s roof would have looked like.

Opposite the main entrance is the doorway to the second set of apses flanked by two large blocks decorated with small drilled holes. This doorway and the decorated blocks mark the position of the rising sun on the first day of spring and autumn (the Equinoxes) and the first day of summer and winter (the Solstices).

Mnajdra’s Central Temple is built on an artificial platform and has an unusual facade in that it has two doorways, a central porthole doorway and a second open doorway with a single step to its left. The first pair of rooms are built in well-finished smooth upright stone blocks supporting two horizontal courses. There is an engraving of a temple facade on a large upright next to the doorway into the inner apses. These apses hold a central covered niche and a porthole doorway in the left-hand apse, leading to a small chamber built into the thickness of the wall.

In the East Temple, the low rubble walls visible today are modern reconstructions; they follow the original plan of this structure as indicated by the torba (crushed limestone) floor which survived. The upright stone blocks in the main doorway and in the entrance to the central apse are original. Two of them retain several irregular lines of drilled holes which have been the focus of many studies and theories on their possible meaning.

We will be ending our trip at wied iz-Zurrieq where one could enjoy lunch with the breathtaking views.

We will also be visiting two fishing villages to the south part of Malta, Marsaxlokk where one can enjoy a stroll along a Maltese traditional market. This has always been a busy harbour for years, in fact the first ever people coming to Malta in prehistory settled in the surrounding area where we have discovered the oldest fortified wall overlooking the harbour. Marsaxlokk was also used by the Ottoman Empire during the Great Siege in 1565 as a harbour for their fleet. Today this harbour is well known for seafood restaurants along with the fish market with the local maltese population, let alone the colorful traditional fishing boats still used today by Maltese fishermen. The other fishing village "Wied iz-Zurrieq" is well know too for the natural caves in the cliffsides where you can also enjoy a small traditional boat ride(Optional & Weather permitting)before or after lunch. Blue Grotto surely not to be missed from a very popular sightseeing spot overlooking the traditional boats.