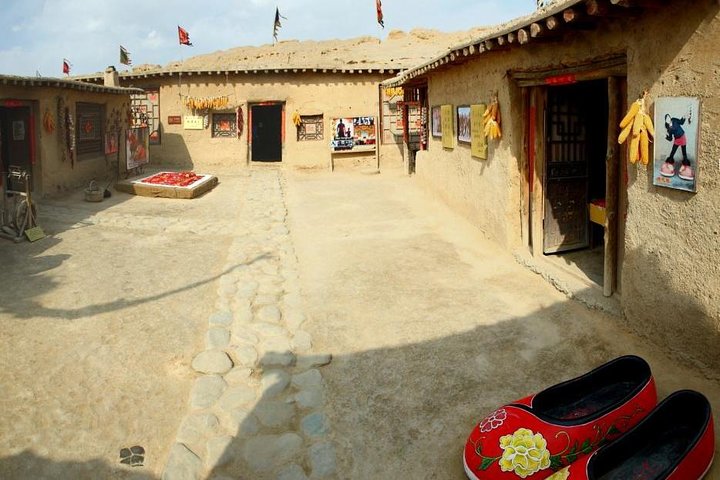 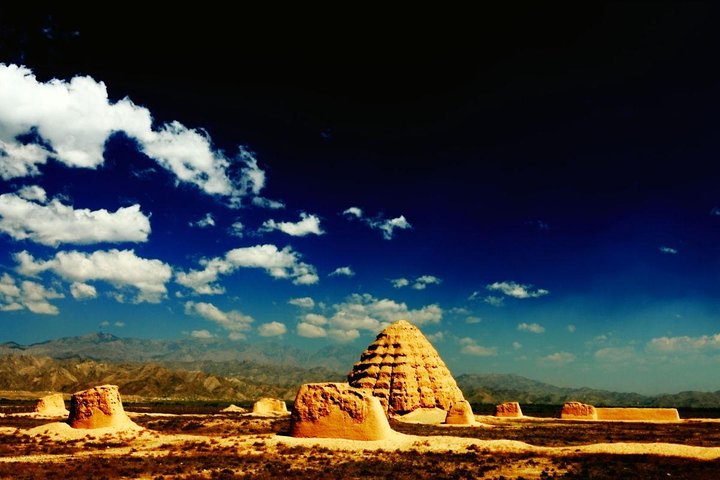 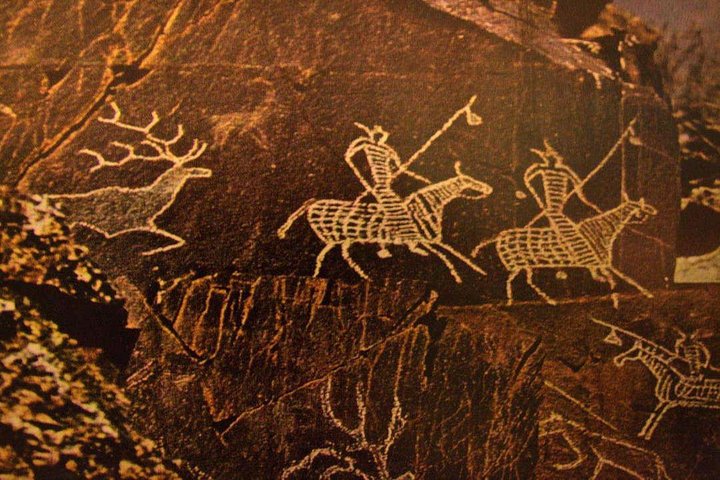 See the top three attractions of Yinchuan on this private full-day tour. With your personal tour guide, you will visit the Western Xia Tombs, learn the layout, burial ways, building techniques and arts of the imperial mausoleum; Explore the Helan Mountain where the minorities carved the scenes of their daily lives on the stones of the mountain 3,000 to 10,000 years ago. In addition, you will explore the "Chinawoods" where over 200 films were shot at China Western Film Studios. Tour includes English speaking tour guide, private vehicle, entrance fee and lunch. Yinchuan hotel pick up and drop off also included.

Your English speaking guide and private car will pick you up in your hotel's lobby. Then heading directly to Western Xia Tombs. On the way, your tour guide will explain the related histories and stories, feel free to ask questions if you have.

Your first stop is the Western Xia Museum. Follow your tour guide, get to know the splendid history and culture of the West Xia Dynasty (1038-1227). You will see cultural relics like stone horses, tablets, porcelains, Buddhist sutras, paintings, statues etc

Move on to Western Xia Tablets Forest. Stroll around the area, check out different tablets which tells the stories and histories about the dynasty.

Western Xia Tombs are the royal mausoleums of the emperors in the Western Xia Dynasty (1038-1227), the Tombs are the best-preserved historic cultural heritage representing the Tangut civilization at the largest scale and in the highest rank. It include 9 imperial mausoleums, 254 subordinate tombs, 1 site of large architectural complex and more than 10 brick-and-tile kiln sites. Many unearthed funerary objects and the remaining cultural relics such as inscriptions, stone statues and building components take on vivid shapes, unique ornamentations, and living nomadic features. It was in the lists of UNESCO World Cultural Heritage.

Follow your tour guide to explore the tomb which including the tomb walls, tomb platforms, foundations and building components. You will visit Tomb No1, 2 and 3. Learn the layout, burial ways, building techniques and arts of the imperial mausoleum. Get to know the Tangut civilization, an ethnic minority civilization, prospering in an agricultural-husbandry area in Northwest China.

Enjoy lunch in the local restaurant, then heading to Helan Mountain.

Helan mountain is the homelands of northern China minorities include Huns, Xianbei, Tujue, Uighur and Tibet in ancient time. They carved the scenes of their daily lives on the stones of the mountain 3,000 to 10,000 years ago which reflects their aesthetic taste, social customs and life style. There are more than 20 spots of rock paintings were found here.

After enter the park, first you will visit a museum and get to know the rock carvings in China and the world. Then take their battery bus to the foot of the mountain. Stroll around the area with your tour guide, enjoy different rock paintings on the mountain and learn its meaning.

After your tour finished, you will be transferred back to your hotel in Yinchuan.

Finally, you will spend time to stroll around the China Western Film Studios.

China Western Film Studios is one of the "Chinawoods", over 200 films were shot here. In the studio, you can explore three parts, Qing Dynasty Town, Ming Dynasty Town and Yinchuan Old Street. You can watch the fun Shadow Puppet Play where you can learn legendary stories about Chinese history. You also have the choice to wear clothes left in the settings to take part in cosplay and use props to perform an imitation show, your performance will be shot and made into short films which gives you a real and unforgettable experience of being a star.

After your fun day finished, you will be transferred back to your hotel in Yinchuan.

Informacion Adicional
"Confirmation will be received at time of booking"
"Not wheelchair accessible"
"Stroller accessible"
"Infants must sit on laps"
"Most travelers can participate"
"This is a private tour/activity. Only your group will participate"

Duração: 6 To 8 Hours
Ponto de partida: Traveler pickup is offered
Your tour guide will pick you up from your hotel, please provide hotel details when make booking