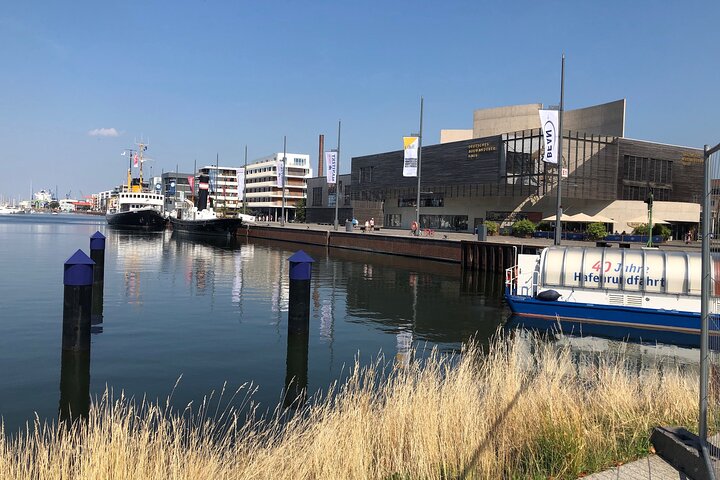 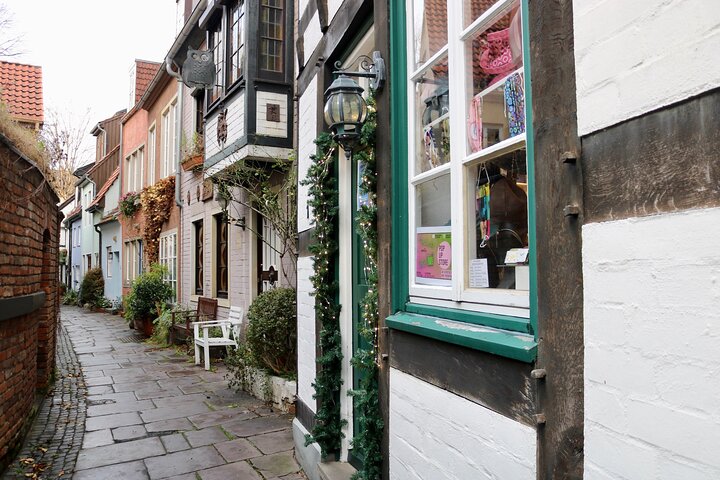 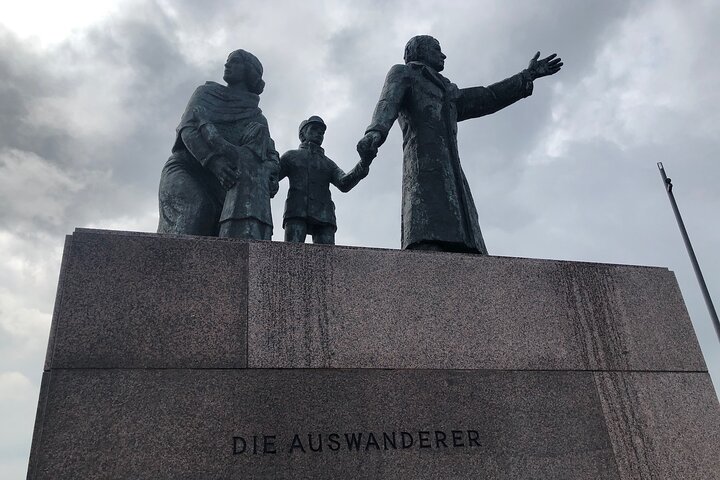 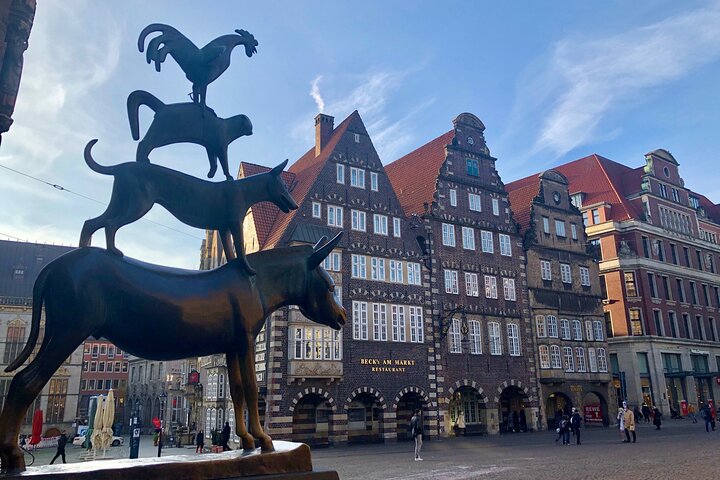 Walk in the footsteps of emigrants (perhaps your ancestors) from the comfort of your home! On this 1-hour virtual tour, you will see all sightseeing highlights of the 1,200-year-old Hanseatic town of Bremen and its 200-year-old harbor town Bremerhaven.

With over 7 million people leaving from here between 1830 and 1974, Bremerhaven was once one of the busiest emigration ports in Europe.

In Bremen, you will see the world-famous statue of the Bremen Town Musicians and Bremen’s two UNESCO World Heritage sites dating back to the year 1404.

Please note! All times are given in CET time (Central European Time), which is the local time zone for Germany. Please convert to your own time zone.

Join a virtual tour to get a first taste of the sites your ancestors would have seen!

Hear little-known stories from your guide alongside a pre-recorded video of the tour.

Ask any questions you may have to the professional live tour guide.

Take the tour on the convenient video call platform ZOOM.

On this virtual tour, we will make a stop at Bremen's most famous statue: the four animals from the fairy tale of the Brothers Grimm (the donkey, the dog, the cat and the rooster).

We will also make a stop at the river bank of the river Weser in Bremen, which is the very first harbor of Bremen. The first emigrants left from here before Bremerhaven was founded in 1827.

The oldest quarter of the city of Bremen features many old houses with some even dating back to the 1400s, the smallest hotel in Bremen and the most narrow lane of the city.

On an emigration tour through Bremen and Bremerhaven we won't miss, of course, a statue of emigrants marking the spot in Bremerhaven from where over 7 million people left on ships to the "new world".

We will visit where decaffeinated coffee was invited by a Bremen merchant. It is also a very arty street as this Bremen merchant bought all houses here at the turn of the 19th to the 20th century and had them remodeled in the so-called Art Nouveau style.

This statue from the year 1404 depicts a knight called Roland and is one of Bremen's two UNESCO World Heritage sights. I will explain why the Roland is also known as Bremen's "Statue of Liberty".

Despite 173 bombing attacks in the final years of World War II, the Bremen Town Hall, originally from 1404, managed to survive largely undamaged until this day. In 2004, both the Bremen Town Hall and the Roland statue next to it were made UNESCO World Heritage Sites.

The nowadays protestant cathedral of Bremen looks back on 1200 years of history. It is located on a dune, where Germanic settlers founded the city of Bremen.

We will take a look at the outside of the interactive Emigration Museum in Bremerhaven, which is located right on the riverfront in Bremerhaven.

The 16th century building "Schütting" was built by the wealthy Bremen merchants who travelled the world selling all kinds of goods and were one of the most powerful members of the so-called Hanseatic League.

Informacion Adicional
"Confirmation will be received at time of booking"
"Wheelchair accessible"
"Stroller accessible"
"Service animals allowed"
"Near public transportation"
"Transportation is wheelchair accessible"
"Surfaces are wheelchair accessible"
"This is a virtual tour held only online and we will not be meeting in person."
"This tour is guaranteed to run with a minimum of one person."
"The tour lasts approximately one hour."
"Please note: This is NOT a live tour with the guide walking around the city. The guide will be in front of the computer and guide you through the city with the help of a pre-recorded video and presentation."
"Most travelers can participate"
"If you like, you can download a handout of the presentation and some tips for visiting Bremen and Bremerhaven after the tour."
"This tour/activity will have a maximum of 50 travelers"
"This is a virtual tour, which you can join from your home. So no face masks etc. are needed."