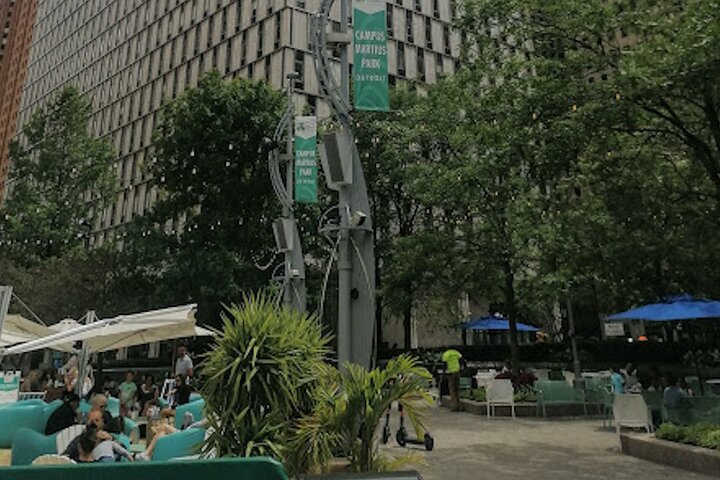 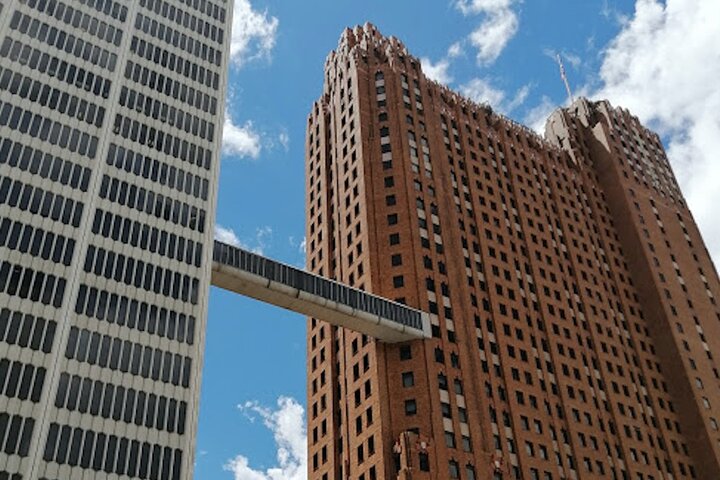 You will discover Detroit’s hidden gems, artistic Alleys, funky food spots, golden era buildings and world class parks. Go at your own pace, your own schedule and stop and go as you please. This is a Self Guided Tour navigated by your smart phone on the WalknTours app. The technology is so good visitors say "It's like walking with Rick Steve's".

Detroit is a city on the rise. Not long ago this was a different city, today it’s thriving and the people of Detroit are carving out a culture that is authentically D Town. Discover how Detroit is changing, and see how it's past changed world history.

The tour starts at Buddy’s on Broadway, the shop that invented Detroit Style Pizza. So, grab a slice and let’s get this party started.

This brick-lined street is known as Parker's Alley and it is named after Thomas Parker, a free black man who was one of the city's first black landowners in Detroit.

The Belt is named after the alleyway's location in the former garment district which was shaped like a belt.
It is part of a larger project by the Library Street Collective to reimagine underutilized spaces throughout the city.

This park was created in 2004 and is a main hang out in Detroit. It was even named a “Top 10 Public Square” in the USA by USA Today. Not bad for an area that few people felt safe enough walking into 20 years ago.

When it was built in 1928, it was the 4th highest building in the United States and 8th highest in the world. It soars above you like the edge off a cliff with a series of setbacks at the top.

The Guardian building is one of the finest art deco skyscrapers in the United States. It was completed in 1929 and was originally called the Union Trust Building. It also had the rather cute nickname of the Cathedral of Finance.

The sun-like thing on the right is meant to symbolize the rays emanating from God, and the people in his other hand are supposed to represent all human relationships. The Spirit is widely recognized and well-loved and you can find the image all over the city.

oe Louis didn’t just throw his weight around in the boxing ring. He fought against segregation and Jim Crow laws and encouraged young African American men to join the US Army during World War II despite the fact that it was still racially segregated. When he was asked why he did it, he famously replied "Lots of things wrong with America, but Hitler ain't going to fix them."

Informacion Adicional
"Confirmation will be received at time of booking"
"Not wheelchair accessible"
"Stroller accessible"
"Service animals allowed"
"Near public transportation"
"Most travelers can participate"
"This tour/activity will have a maximum of 20 travelers"
"This is a solo, self guided tour, on the WalknTours app, making it very safe for social distancing and going at your own pace. No guides, not other people, just you and your smart phone."