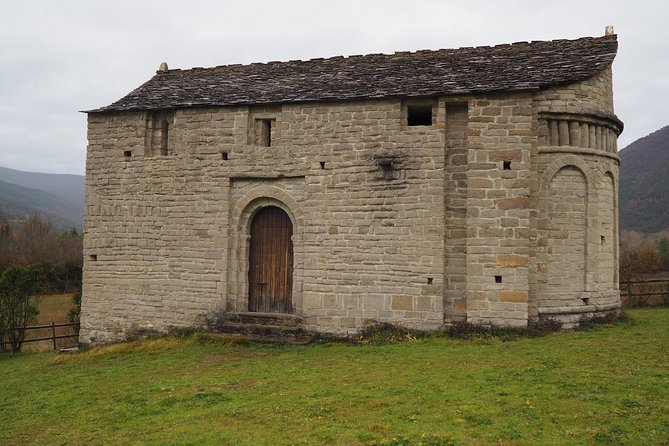 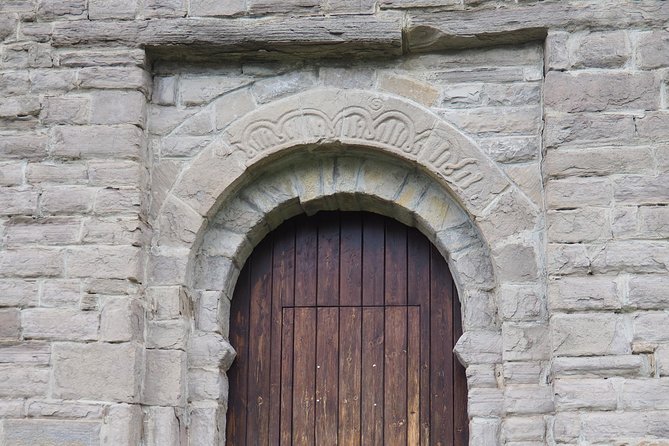 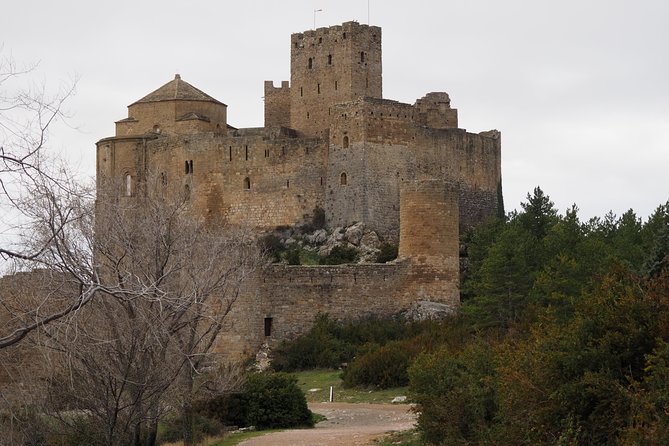 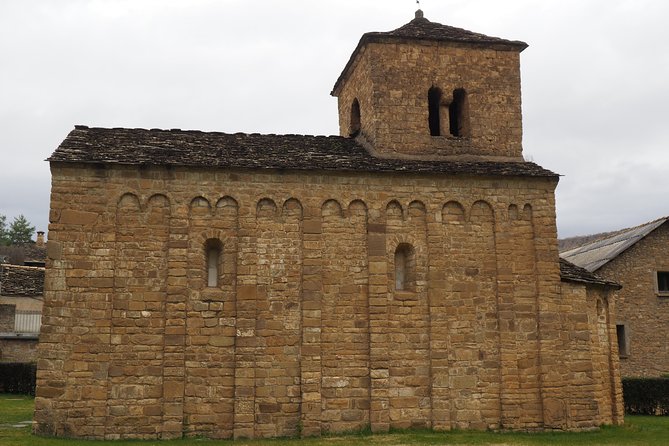 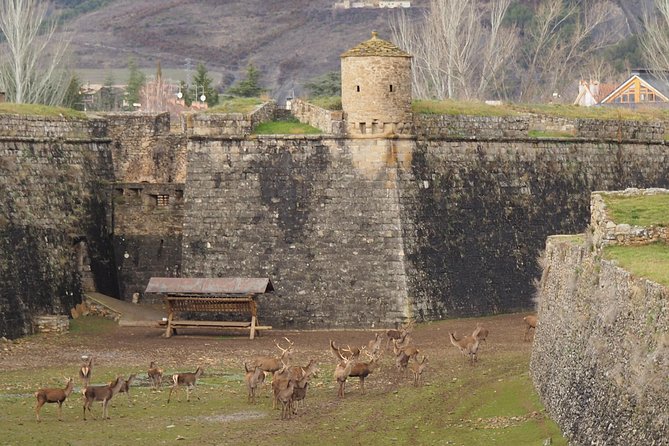 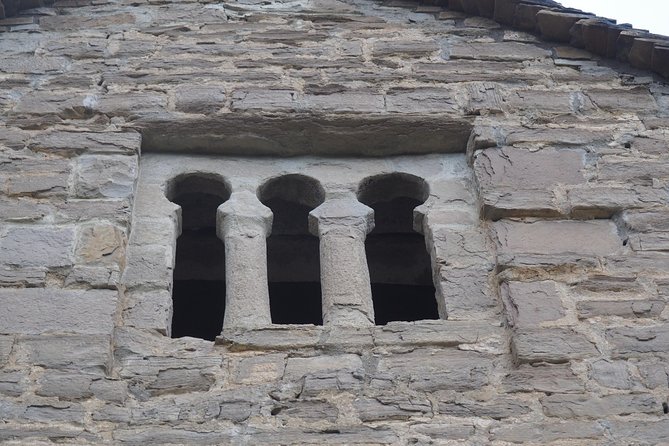 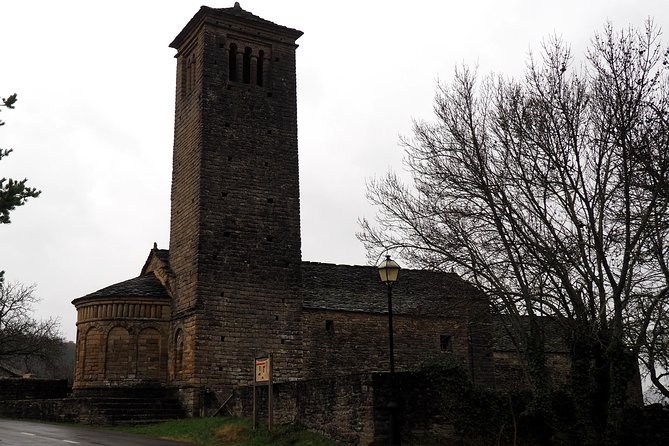 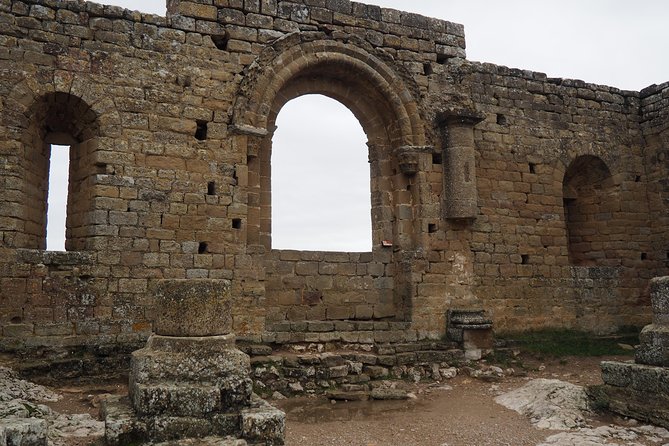 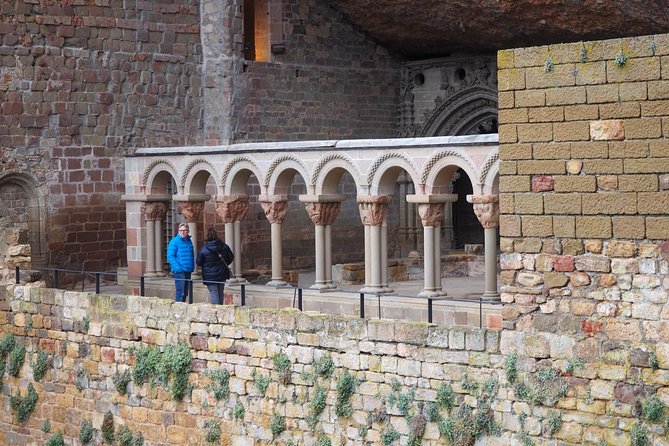 We'll visit a church was constructed by Syrians in 1050-1060 BP, with their arrow slits covered with sheet of alabaster, from Saraqusta (the old Muslim city of Zaragoza) From here -10'- a hermitage (1060 BP) and over the door there is a sentence sculpted in stone: there is no (other) god than Allah, in Arab language!

Then we'll visit the Cathedral of Jaca and, over the enter the Crismon with the monogram of Christ, 2 lions and rounded this, the final of a sentence:"..Clean the heart of sins, so as not to die of a second death"

Before we'll pass near a fortress (1592) against the French and his guns!

Later, Santa Cruz de la Serós (translated, Saint Cross of Nuns, that was exist 1059-1061 BP) with it's tower.. And other Crismon. Near, other monastery that it's begun to building at 10th century.

Finally, the best, the biggest and the prettiest Romanesque castle of Europe: Loarre Abbey-Castle!

You do not believe it? Come and see for yourself!

From Zaragoza to the Pyrenees. Our first stop, near Sabiñánigo, San Pedro de Larrede (A very singular romanesque church with a big tower, for the priest recites the prayer (1040 BP) Our second stop, San Juan de Busa (1060 BP) Not only these, also I will explain you about the landscape, wildlife, plants (yes medicinal too) fungus.. around this heritage.

Then, we will come back to Jaca. We will make a slow walk to Cathedral of Jaca. Later we will go to Saint Cross of Serós (1080 BP) the old monastery of San Juan de la Peña (10th century) and we will go up to eat, at the front of new monastery (17th century) in a beauty site among a meadows and woods..If the time permite us, we'll make a slow walk to lookouts (yes, I will tell you again about landscape, wildlife, plants, fungus.. and histories)

Finally, we will return to Zaragoza.. By a very narrow road without almost people (This area is This area is the least populated in Europe) And we'll make the last stop at the best -and the biggest- castle of the Romanensque Art in Europe -Loarre Castle-Begin to build in latest 10th Century.

Informacion Adicional
"Confirmation will be received at time of booking"
"Not wheelchair accessible"
"Stroller accessible"
"If you belive that the Romanesque art was built by Romans, better don't come! :-)"
"Not recommended for people very sensitive to such beauty in such a short time"
"Most travelers can participate"
"This experience requires a minimum number of travelers. If it’s canceled because the minimum isn’t met, you’ll be offered a different date/experience or a full refund"
"This tour/activity will have a maximum of 4 travelers"

Horário de Início: 9:00 AM
Duração: 6 Hours 30 Minutes
Ponto de partida: Traveler pickup is offered
See you in Zaragoza, behind Plaza del Pilar (in front of the Ebro River) but we can pick up travellers in Huesca (Bus Station) or Sabiñánigo (Bus Station; yes both easy to parking)