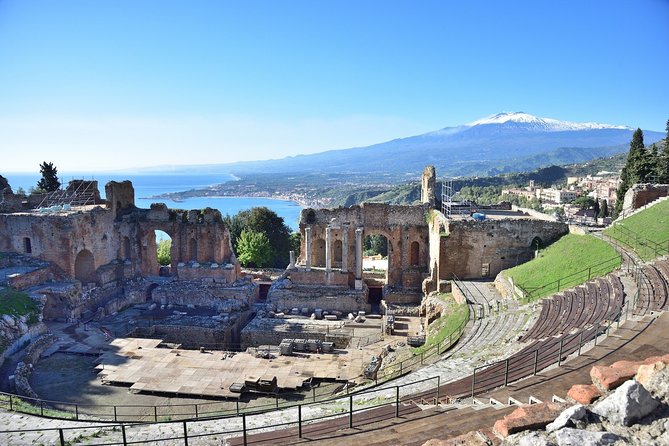 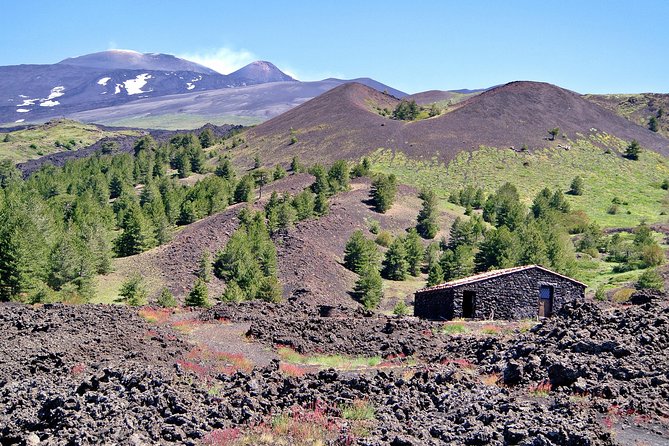 The tour will start with a visit to Taormina, the beautiful Sicilian town perched on a rocky promontory overlooking the Ionian Sea. An expert local guide will take you on a leisurely yet insightful walk through its charming streets, covering the town’s major sights, including the spectacular Greek theatre, the stunning public gardens with breathtaking views of Etna and the coast, and the cathedral overlooking the central square. Then the driver will continue the journey to mount Etna, the largest active volcano in Europe. This area is renowned for the production of pistachio, honey and fine wine, with grapes grow aplenty thanks to the exceptional richness of the volcanic soil. Here you will visit a family-run wine estate to taste some delightful local wines and enjoy a delicious lunch surrounded by fabulous views.

Taormina has been a tourist destination since the 19th century. Its beaches on the Ionian sea, including that of Isola Bella.

The Ancient theatre of Taormina is built for the most part of brick, and is therefore probably of Roman date, though the plan and arrangement are in accordance with those of Greek, rather than Roman, theatres; whence it is supposed that the present structure was rebuilt upon the foundations of an older theatre of the Greek period.

Mount Etna is one of the world's most active volcanoes and is in an almost constant state of activity. The fertile volcanic soils support extensive agriculture, with vineyards and orchards spread across the lower slopes of the mountain and the broad Plain of Catania to the south. Due to its history of recent activity and nearby population, Mount Etna has been designated a Decade Volcano by the United Nations. In June 2013, it was added to the list of UNESCO World Heritage Sites.

Informacion Adicional
"Confirmation will be received at time of booking"
"Not wheelchair accessible"
"Infants must sit on laps"
"Travelers should have a moderate physical fitness level"
"This is a private tour/activity. Only your group will participate"