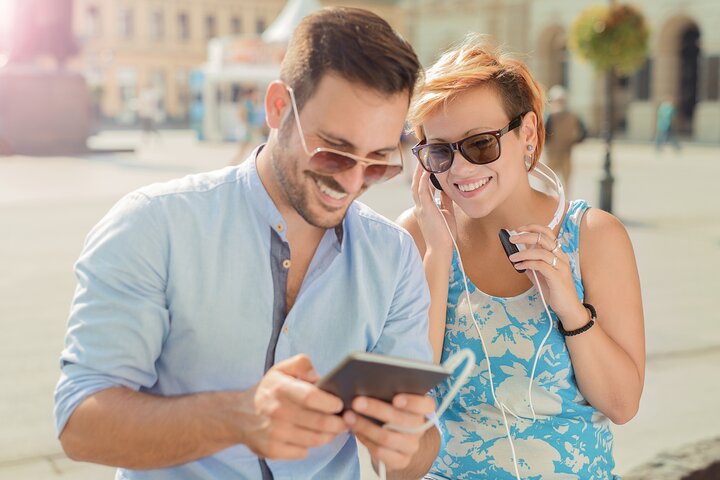 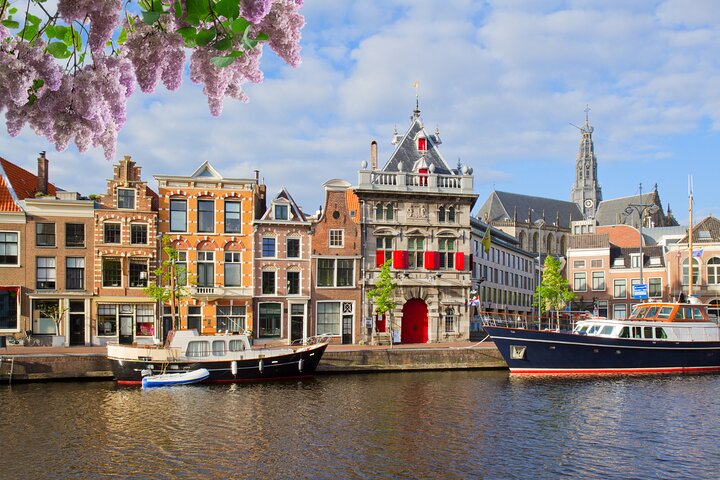 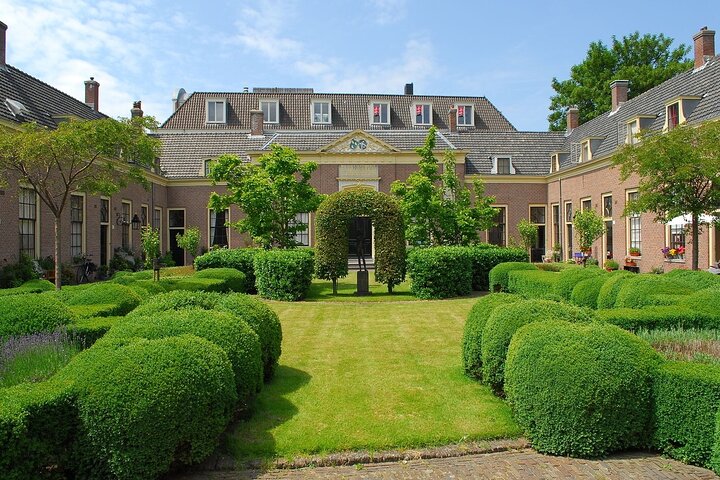 You will discover many sights of this beautiful old center. You will hear stories from the past and present of Haarlem along various courtyards, through characteristic neighborhoods, canals and squares. After this walk you will have a different view of this city. Please keep in mind that due to
Covid-19 the Haarlem courtyards are not open for the public.

This would be the unique way to explore Haarlem on your own pace and in your own time.

No waiting for a group. You can easily grab lunch or a drink and continue the walk after.

Haarlem is the home of several historic "hofjes", closed courtyards, where houses for the poor or elderly were established, mostly paid for by testamentary bequest of a rich member of a prominent family. Hofjes are often small quiet paradises in the middle of the busy city. However, het "Hofje van Oorschot" can only be admired from behind a closed gate, no admittance for outsiders.

This is more than a museum. It is the story of a family who's strong faith in their Lord Jesus led them to join the underground efforts in the Netherlands during WWII. The audio tour tells you the story but please feel free to pause the tour and visit this Must Do.

In the great market place in the centre of the city are gathered together the larger number of the most interesting buildings, including the quaint old 'Vleeshal', Townhall, and several statues. The audio-tour will give lots of informationg on all iconic POI's

While strolling over this canal, The audio-tour wil tell great stories about this neighborhood from the past.

Take some pics while standing on this iconic bridge while listening to what happened in the early days.

Museum of wonders...Established in 1778, Teylers Museum was founded as a centre for contemporary art and science and lots more info will be heard while walking the tour

Stop At: In de Waag, 4 Nieuwmarkt, 1012 CR Amsterdam The Netherlands

This is a former Weigh house in Haarlem that today serves as a café catering to tourists. The building was designed by Lieven de Key

The Vleeshal is a historical building dating from 1603 on the Grote Markt in Haarlem. Vlees means meat!

The City Hall in Haarlem is the seat of the city's government. It was built in the 14th century replacing the Count's castle.

This is a beer brewery from Haarlem. Jopen beer is a result of the work of Stichting Haarlems Biergenootschap, which was founded in 1992. Great to have a drink or bite.

De Vijfhoek is a neighborhood in the Haarlem district of Oude Stad in the Haarlem-Centre district. You will walk in great small streets, while listening to some great historic stories.

Which is also known as the "Museum of the Golden Age." The collection is based on the rich collection of the city itself, built up from the 16th century onwards. With lots of work from Frans Hals, where the museum is named after.


Informacion Adicional
"Confirmation will be received at time of booking"
"Not wheelchair accessible"
"Stroller accessible"
"Service animals allowed"
"Near public transportation"
"Most travelers can participate"
"This is a private tour/activity. Only your group will participate"
"Social distancing enforced throughout experience"
"You walk the audio tour by yourself or with family/friends. The tour is outside all the way. We recommend to keep proper distance along the way."