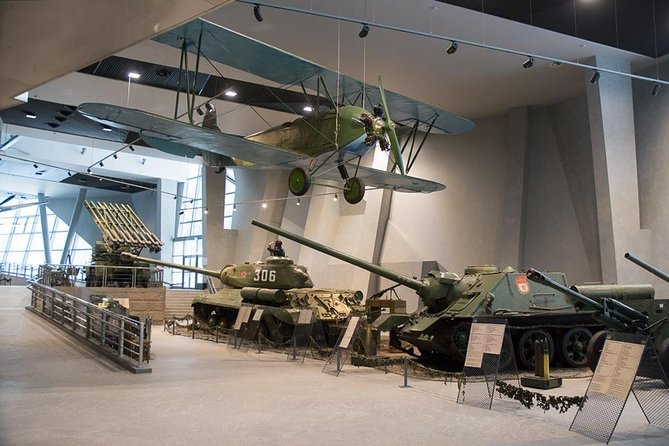 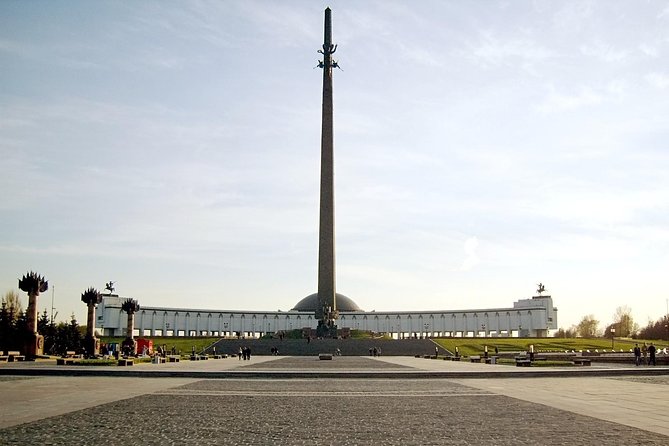 The Museum of Victory Admission Ticket

The Central Museum of the Great Patriotic War of 1941-1945 is the main part of the Victory Memorial Park at Poklonnaya Hill. The museum was founded in 1995 and opened for public on May 9.

The museum complex consists of six dioramas: "The counter-attack of the Soviet troops near Moscow in December 1941", "The Battle of Stalingrad. Uniting Fronts", "Forcing the Dnieper", "The Kursk Bulge", "The Blockade of Leningrad", "The Battle of Berlin". The museum exposition also includes: The Art Gallery, the Commanders' Hall, the Memory and Sorrow Hall, the Hall of Glory and the historical exposition "Path to the Victory".

The Museum has created an electronic Memory Book for memorialization of the defenders of the Motherland, who have not returned from the Great Patriotic War.

On the territory of the museum there is an exhibition of weapons. It contains a variety of samples of military equipment and engineering facilities. There are unique exhibits in the exposition. Among them are rare planes, the best tank of the war T-34, as well as rare, famous and unknown engines for military equipment.

The Central Museum of the Great Patriotic War of 1941-1945 and the Victory Park are a single architectural ensemble. The main element of the ensemble is a monument which is 142.5 m high. It is a bayonet with the figure of the goddess of victory Nike, decorated with bronze bas-reliefs. The ensemble includes: The Church of St. George the Victorious, the Memorial Synagogue, the Memorial Mosque and the Memorial Chapel.

Informacion Adicional
"Confirmation will be received within 48 hours of booking, subject to availability"
"Not wheelchair accessible"
"Important: please note that the Viator voucher is not valid to enter the Museum of Victory. After booking confirmation, you will receive an official electronic ticket via email."
"A maximum 4 people per booking"
"Children must be accompanied by an adult"
"A blank ticket is issued upon presentation of a document addressed to the person registered during the ordering process. A group ticket is issued for a specified number of visitors"
"Availability for tickets cannot be checked without making a booking. Credit cards will only be charged upon confirmation of ticket availability"
"Closed on 1 January, 9 May, and 12 June"
"Minimum age is 6 years"
"This tour/activity will have a maximum of 4 travelers"