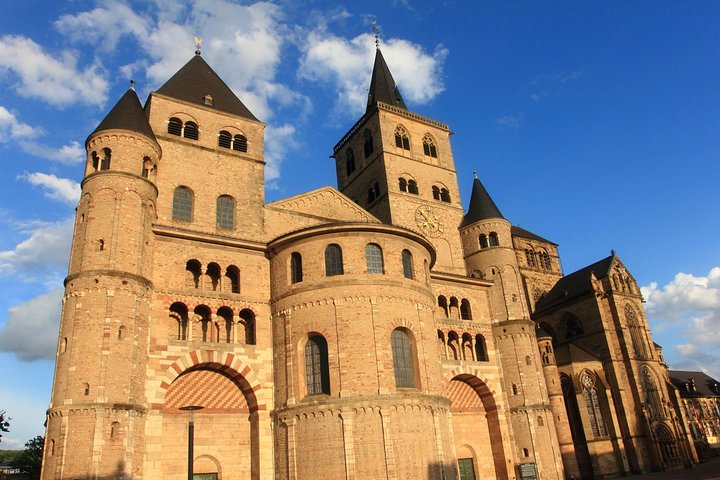 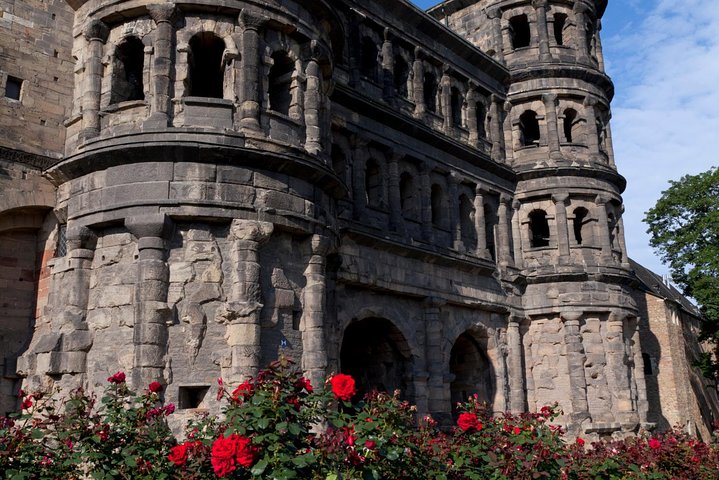 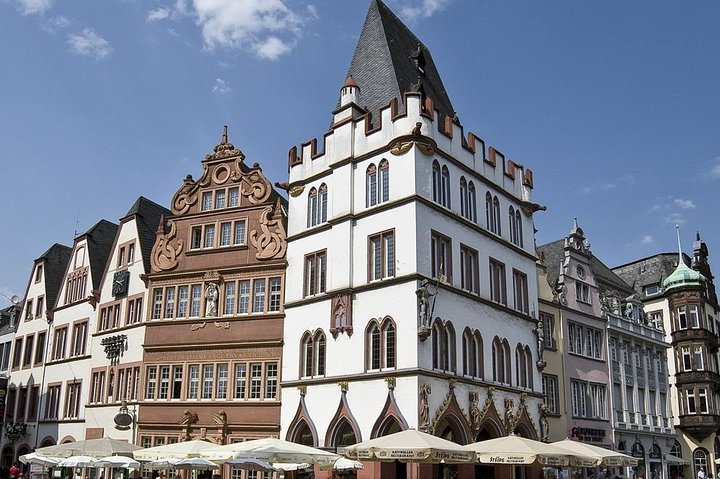 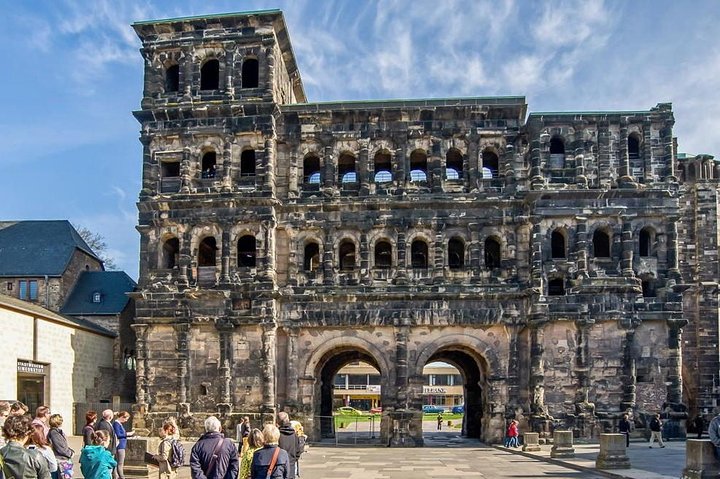 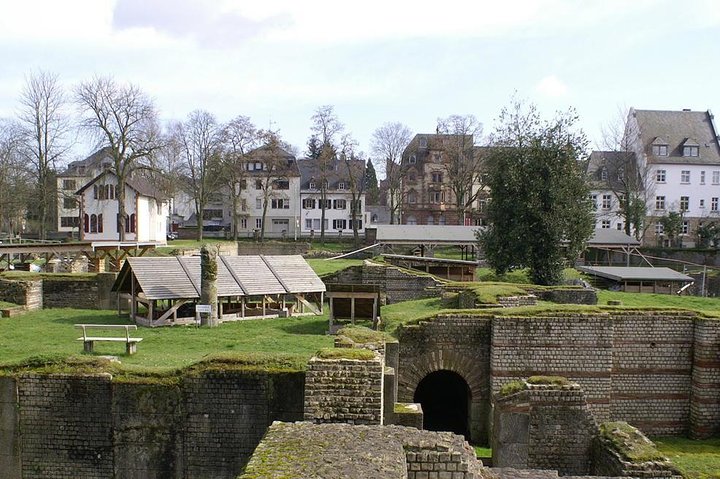 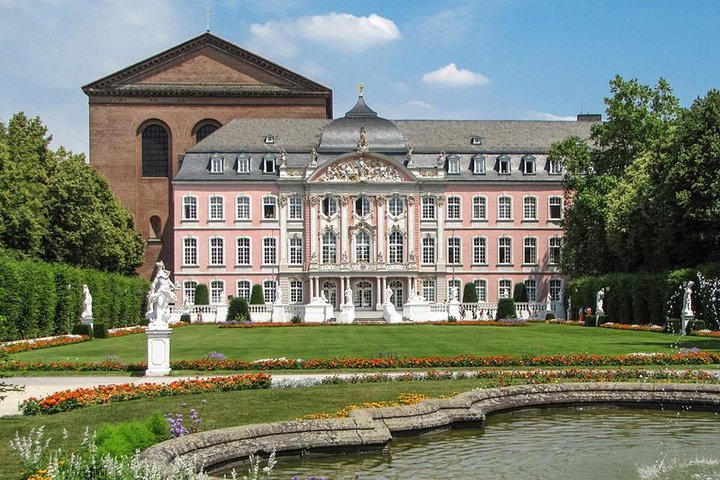 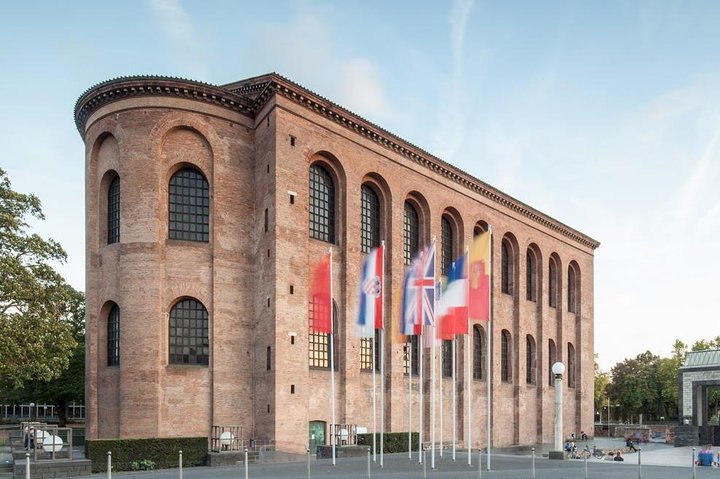 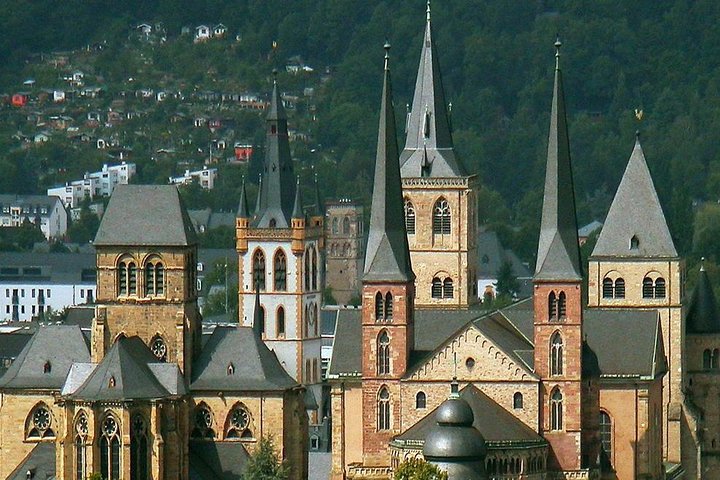 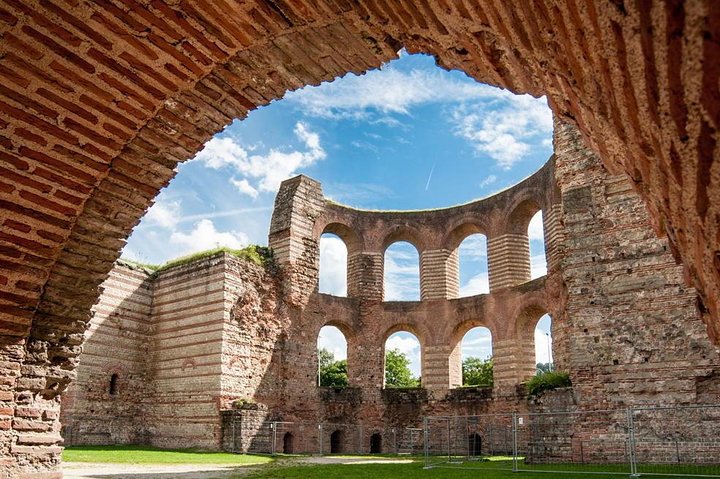 Touted as Germany’s oldest city and home to a staggering eight UNESCO World Heritage Sites, Trier is a must for history buffs. This easy day trip from Frankfurt takes you to the beautiful Moselle Valley to discover Trier’s fascinating ancient Roman monuments and churches. During a mix of narrated walking tours and free time, explore sights such as the Roman Amphitheatre, the Imperial Baths and the best-preserved Roman city gate north of the Alps, the Porta Nigra.

Departure Office of Greenline Frankfurt, Meeting point before the tour

The grandiose architectural legacy of its history today includes impressive eight UNESCO World Heritage Sites. This includes the landmark of the city: the Porta Nigra (180 BC), one of the best-preserved Roman city gates north of the Alps. The huge sandstone blocks weigh up to 6 tons!

The fantastic basilica with the throne hall of Emperor Constantine. The amphitheater, scene of gruesome gladiator battles and bloodthirsty battles between humans and animals.

Finally, the Imperial Baths, which were among the largest baths of the Roman Empire. The old Roman bridge, probably the oldest bridge in our country. The cathedral with the world-famous relic, the "Holy Rock" and the Liebfrauenkirche, the oldest gothic church in Germany. The Electoral Palace is considered one of the most beautiful Rococo palaces in Europe.

Informacion Adicional
"Confirmation will be received within 48 hours of booking, subject to availability"
"Not wheelchair accessible"
"Stroller accessible"
"Near public transportation"
"Infant seats available"
"Most travelers can participate"
"Infants and children must sit in a child seat, which means they need a separate seat, no matter which age (legal regulation)"
"This tour/activity will have a maximum of 8 travelers"
"Face masks required for travelers in public areas"
"Face masks required for guides in public areas"
"Hand sanitizer available to travelers and staff"
"Social distancing enforced throughout experience"
"Regularly sanitized high-traffic areas"
"Gear/equipment sanitized between use"
"Transportation vehicles regularly sanitized"
"Guides required to regularly wash hands"
"Paid stay-at-home policy for staff with symptoms"
"Contactless payments for gratuities and add-ons"