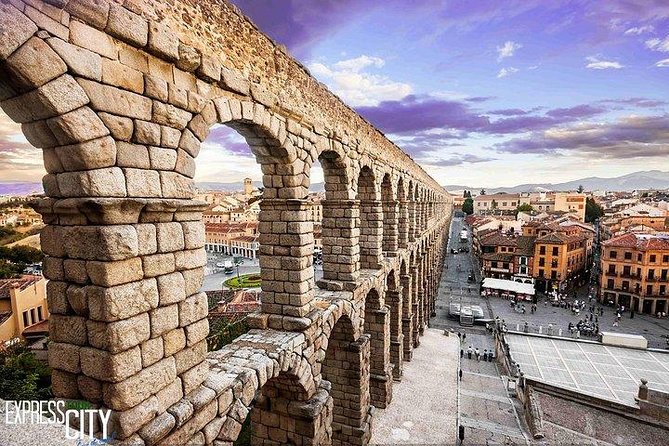 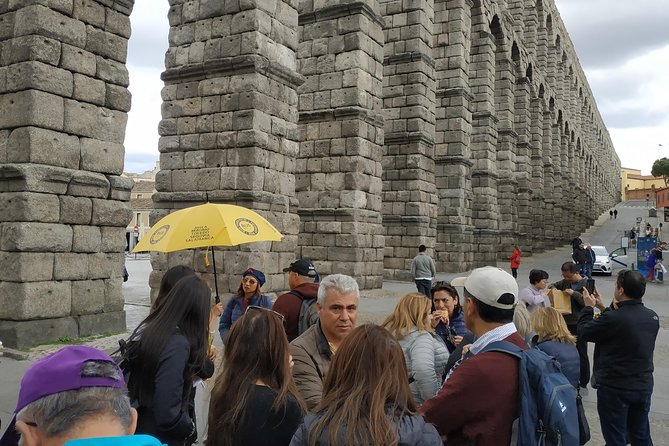 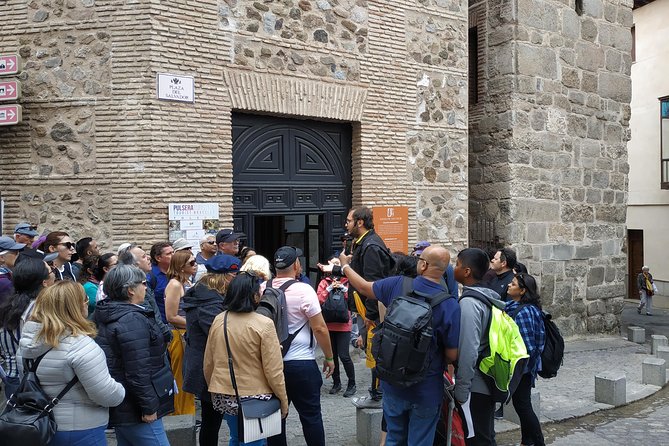 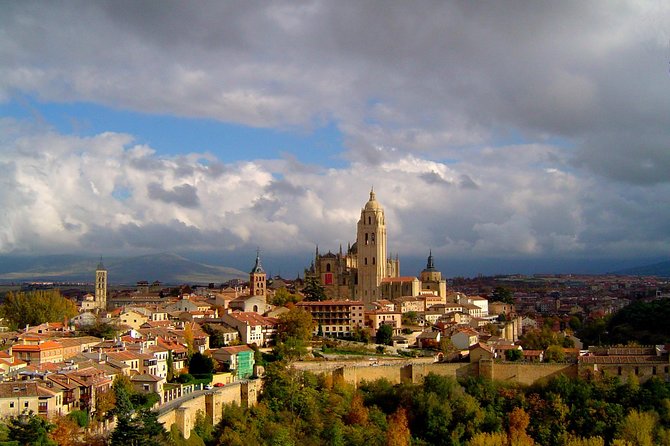 Travel back in time discovering the essence of two of the most beautiful World Heritage Cities on a comfortable tour from Madrid. Book now and we invite you to enjoy a Madrid City Tour of Madrid for free on the date you choose

Toledo Segovia Excursion for intelligent travellers. In a single day, you will meet two of the world´s best heritage cities, that wrought the Kindom of Spain. Enjoy more with our Best Value tour to Toledo and Segovia. Take advantage to know world icons like the Alcázar of Toledo and the Aqueduct of Segovia.

Enjoy and explore the city of the three cultures and the coexistence of the Jewish, Moorish and Christians for centuries.

The Primate Cathedral of Saint Mary of Toledo is a Roman Catholic and It is the seat of the Metropolitan Archdiocese of Toledo.

The cathedral of Toledo is one of the three 13th-century High Gothic cathedrals in Spain and is considered, in the opinion of some authorities, to be the magnum opus of the Gothic style in Spain.

The Iglesia de Santo Tomé is a church founded after the reconquest of this city by King Alfonso VI of León.
It appears quoted in the 12th century, as constructed on the site of an old mosque of the 11th century. This mosque, together with other mosques in the city, were used as Christian churches without major changes since in the taking of the city there was no destruction of buildings.

The Synagogue of Santa María la Blanca, originally known as the Ibn Shushan Synagogue is a museum and former synagogue. Erected in 1180, according to an inscription on a beam, it is disputably considered the oldest synagogue building in Europe still standing. It is now owned and preserved by the Catholic Church.

The Monastery of San Juan de los Reyes is an Isabelline style monastery built by the Catholic Monarchs in XV century.
This monastery was founded by King Ferdinand II of Aragon and Queen Isabella I of Castile to commemorate both the birth of their son, Prince John and their victory at the Battle of Toro (1476) over the army of Afonso V of Portugal.

The Alcázar of Segovia is a medieval alcázar located in the city of Segovia, a World Heritage Site by UNESCO. Rising out on a rocky crag above the confluence of two rivers near the Guadarrama mountains, it is one of the most distinctive castle-palaces in Spain by virtue of its shape – like the bow of a ship. The Alcázar was originally built as a fortress but has served as a royal palace, a state prison, a Royal Artillery College and a military academy since then. It is currently used as a museum and a military archives building.

The Church of St Stephen is one of a number of medieval churches in Segovia and It dates from the 12th century and is noted for its Romanesque bell tower.

Informacion Adicional
"Confirmation will be received at time of booking"
"Not wheelchair accessible"
"Stroller accessible"
"Near public transportation"
"Infants must sit on laps"
"Infant seats available"
"With the reservation of this tour you will get a free ticket to enjoy a Madrid sightseeing tour by a double decker bus on the client's preferred date. Show your voucher at the redemption point."
"Most travelers can participate"
"Infants under 7 years old are considered lap children and are free"
"This tour/activity will have a maximum of 55 travelers"
"Face masks required for travelers in public areas"
"Face masks required for guides in public areas"
"Hand sanitizer available to travelers and staff"
"Social distancing enforced throughout experience"
"Regularly sanitized high-traffic areas"
"Gear/equipment sanitized between use"
"Transportation vehicles regularly sanitized"
"Regular temperature checks for staff"
"Temperature checks for travelers upon arrival"
"Paid stay-at-home policy for staff with symptoms"
"- Face masks available for free."