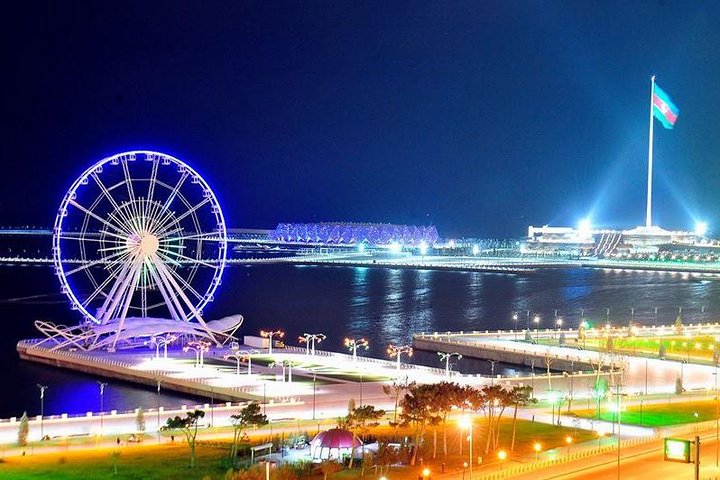 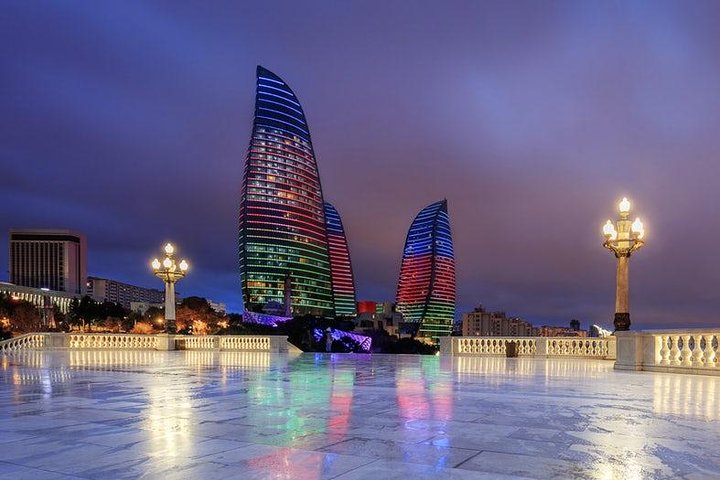 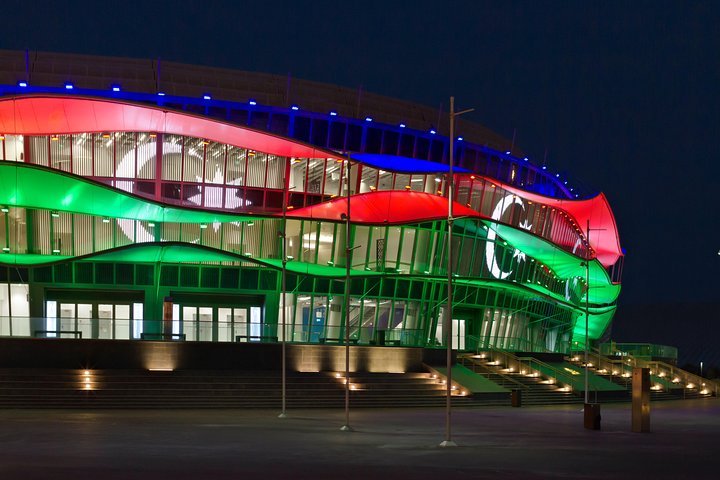 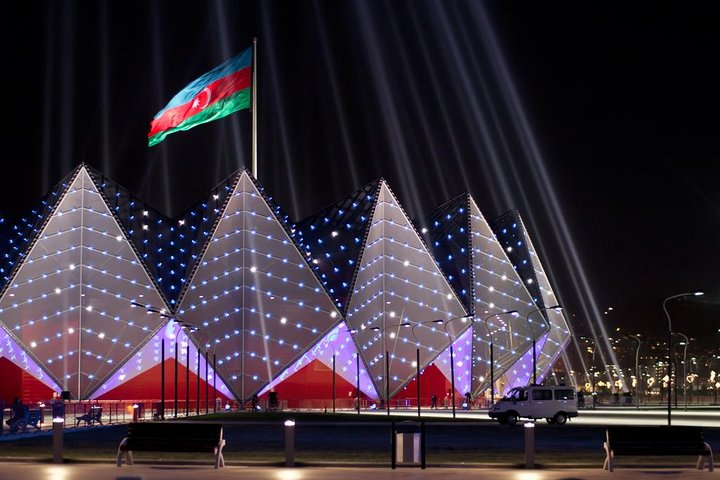 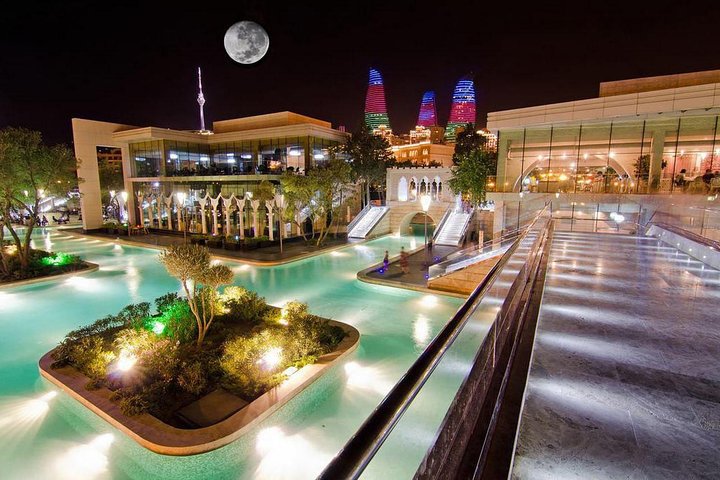 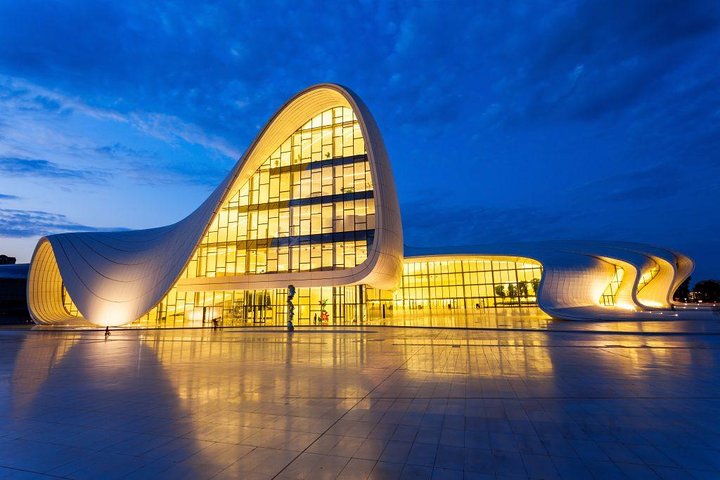 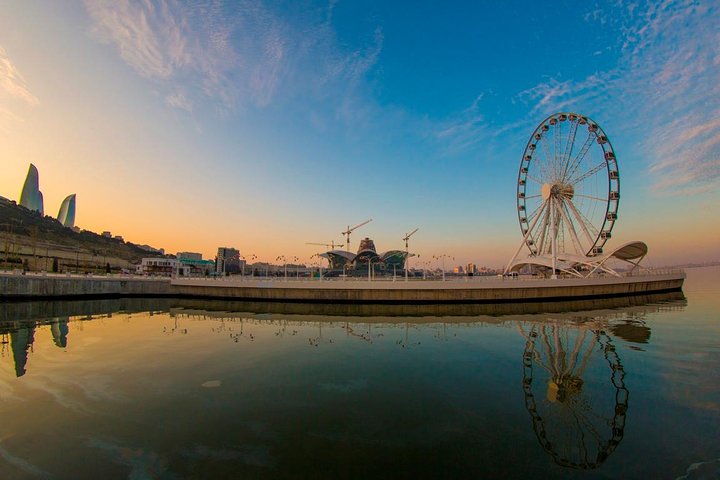 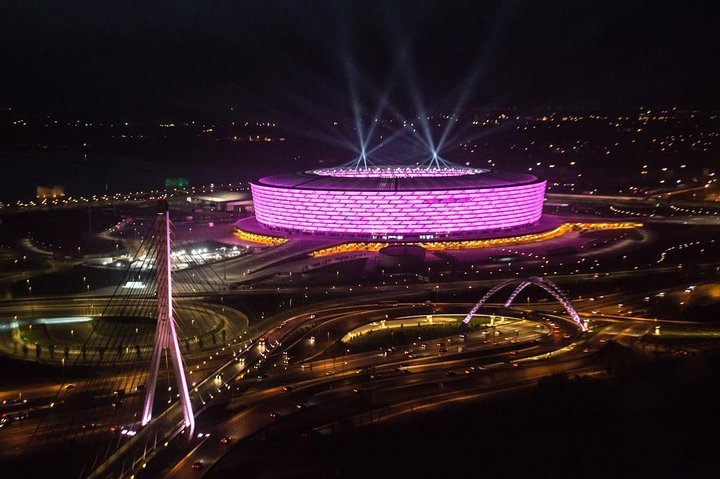 - An evening tour of Baku by night
- The perfect option for travelers on business trip in Baku
- Discover Azerbaijan’s rich and colorful history
- Tour at the after-hours capital, illuminated by Baku lights
- Enjoy complimentary round-trip transportation from your hotel

At the start of the tour we are going through the Heydar Aliyev avenue, in which You are going to see National Gymnastic Arena and the Baku Olympic Stadium, where the 1 st European Games in 2015 were held. Next destination is Heydar Aliyev Cultural Center – Awarded the best design of the world in 2015.

We go on our trip by National Boulevard Baku, which is one of the longest boulevard in the world. You are going to see the Mini-Venice, Maiden Tower. Then we are going to visit in the seaside the Flag Square and the Crystal Hall.

Next point of visit is the Highland Park, the Alley of Martyrs and the Flame Towers – the symbol of Baku City. The view to the city is just amazing from this upper point.

Pickup from Hotel. Drive to start point. Start of the tour.

Heydar Aliyev Center: the amazing design, and one of the symbols of Baku City.

Mini Venice Baku. Stop for a while upon request.

End of the tour. Drop-off to hotel.

Traveler pickup is offered
We pick up from all hotels in Baku. The guests who stays in an apartment in Baku can contact us and mention their address, and our team will give the exact pickup time from the address.