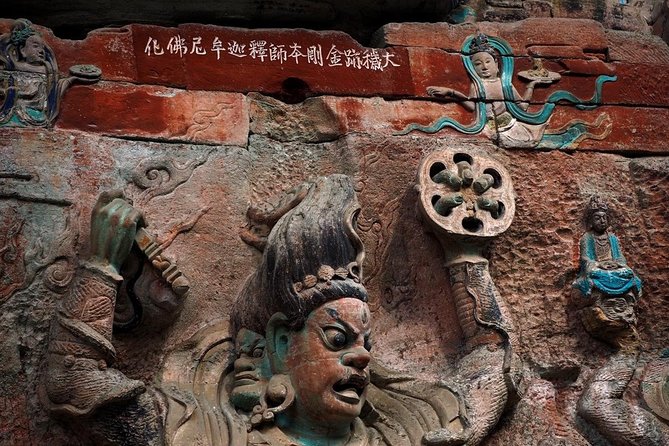 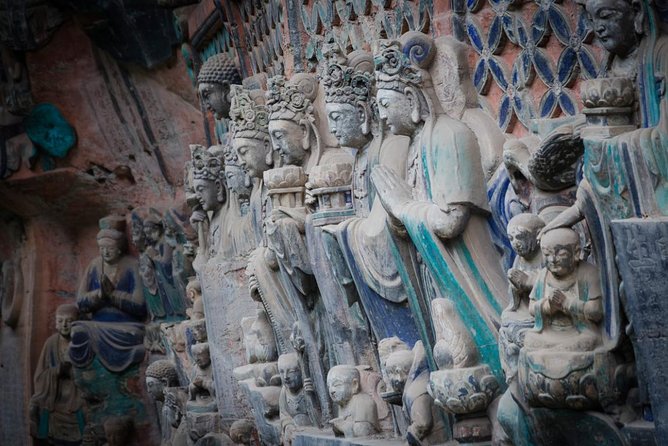 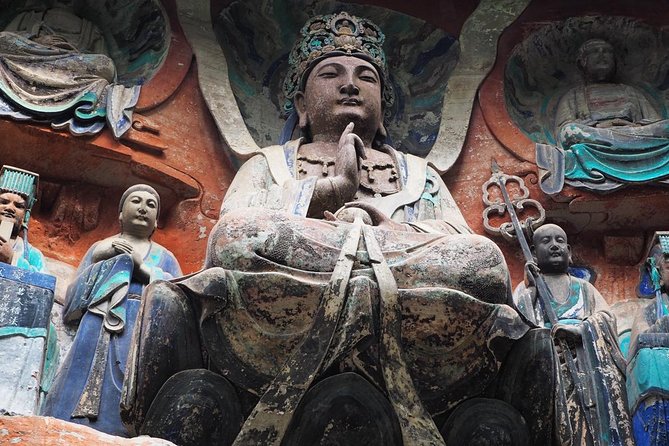 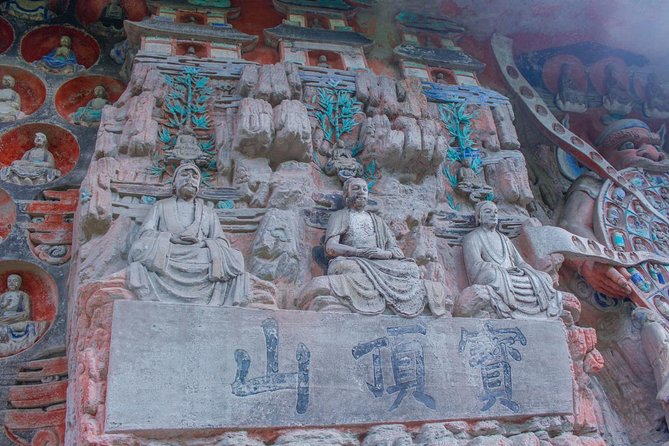 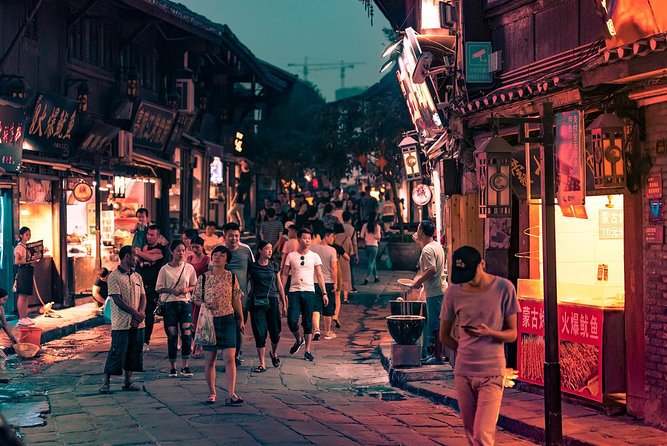 Experience Chinese history and culture on this all-day guided private tour. After a convenient hotel pickup in Chonqing, travel to Dazu and explore its thousands of Tang Dynasty-era cliff side statues with a knowledgeable local guide. UNESCO has recognized the Dazu Rock Carvings, a collection of more than 50,000 statues and 100,000 Chinese characters, with World Heritage status. Then, Tour the flag stoned lanes of Ciqikou, an ancient porcelain-making town, and see its Ming- and Qing-dynasty architecture. Lunch will be served.

The full day private tour starts at approximately 08:30 am, your tour guide and driver will pick you up from the lobby of your centrally located Chongqing hotel or Chongqing pier where Yangtze River cruise stopped . Drive around 2 hours to the Dazu County which is about 167 kilometers from Chongqing on its east ,The journey will take approximately 2.5 hours.

You will spend the day visiting the Baodingshan carvings,The culmination in terms of expression of Tantric Buddhism is found in the U shaped gorge at Baodingshan which contains two groups of carvings dating from the late 12th to the Mid century near the Holy Longevity Monastery. The carvings are known for their grand scale, aesthetic quality and rich diversity of subject matter as well as for being well preserved. Standing as an example of the highest level of Chinese cave temple art, the Dazu Rock Carvings not only underline the harmonious coexistence in China of three different religions, namely Buddhism, Taoism and Confucianism, but also provide material proof that cave temple art has increasingly shed light on everyday life. if you are interested in religion, don’t miss it.

After visit Dazu Rock Carvings, you will enjoy the authentic food in local restaurant. Then you will return to Chongqing and go to one of the older parts of Chongqing-Ciqikou Old Town (Porcelain Village), it dates back to the late Ming Dynasty (1368-1644). People always said "One flagstone road, and one thousand years' Ciqikou".This is never more true than when you visit Ciqikou Old Town where you will find the local residents dedicated to their traditional way of life. Much of the two and three storey buildings is bamboo and timber. Blue bricks and pillars set off the snow-white walls that contrast in turn with vermilion doors and lattice windows. Black tablets and lanterns adorn the gates to complete the authentic and traditional appearance of the properties.

Following your visit to Ciqikou you will be taken to your Chongqing downtown hotel at around 19:00, where your tour ends.

Informacion Adicional
"Confirmation will be received at time of booking"
"Not wheelchair accessible"
"Stroller accessible"
"Near public transportation"
"Infants must sit on laps"
"Most travelers can participate"
"This is a private tour/activity. Only your group will participate"