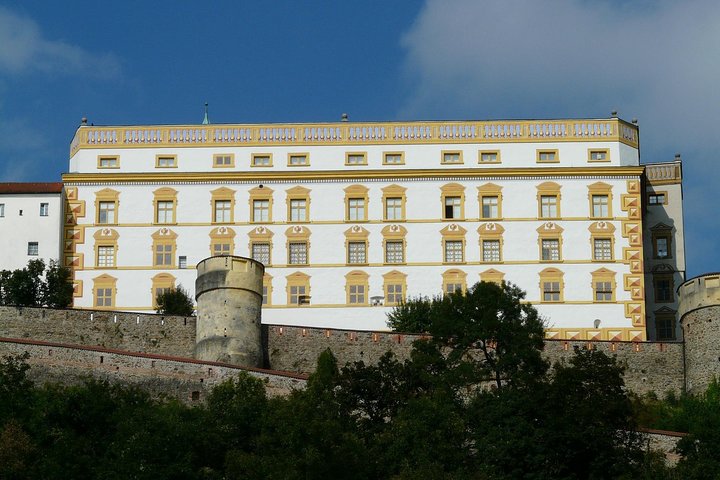 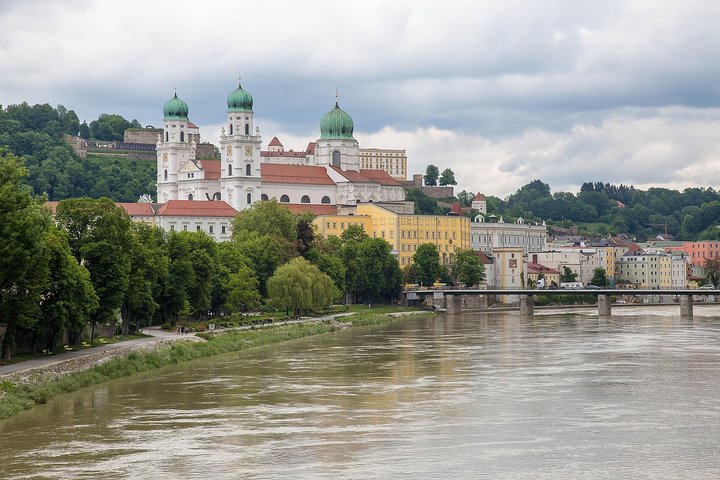 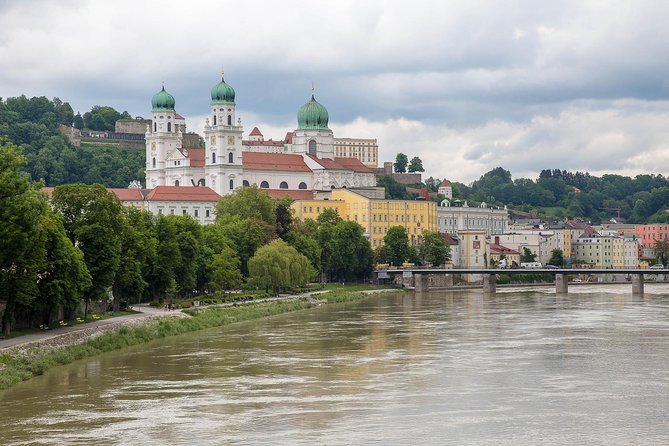 Welcome to the city of three rivers. This is where the rivers Inn and Ilz join the mighty Danube, which makes it ideal as the start of the famous river cruises. At the German border to Austria, this city is a direct connection to many European countries and capitals such as Vienna, Bratislava, Budapest and Belgrade. Thanks to its perfect location by the waterways, it has been an important center of trade since the Middle Ages. For most of its history, Passau was an independent Prince Bishopric state between Bavaria, Austria and Bohemia (Czech Republic), and as a result thereof, has spawned a unique cultural blend of its own. The old town shares with the world many examples of gothic and baroque style , as well as a myriad of traditional shops to seduce visitors from all over.

We start the tour at the square of the cathedral, which allows us a gracious tour along the Royal Promenade, following the steps of Barbarossa and Empress Elisabeth “Sissi” of Austro-Hungary.

First sight is the real star of the day: St. Stephen’s Cathedral. It is the largest baroque cathedral North of the Alps and home to the largest pipe organ in all of Europe.

We continue to the former Bishop's Residence until we reach the wonderful town hall, It’s time to cross the Danube via the Luitpold Bridge and walk up the path to the “Veste Oberhaus” which served as the fortified residence of the bishop of Passau, offering a spectacular view of the entire city and the river valley.

On the way back to the old city, we cross the same bridge again, so that we can admire and photograph the tip of land where the three rivers join to form the mighty stream that is the Danube. Pass by the local Town Hall, mainly built in the late XIV century on the banks of the river. Notice the 19th century tower with the largest carillon in Bavaria.

Take your time to enjoy the spectacle and the surroundings before we move to rediscover the old town and end our tour.

Informacion Adicional
"Confirmation will be received at time of booking"
"Wheelchair accessible"
"This walk tour suitable for any age"
"For this walk tour no transportation needed"
"Activity Level: Easy"
"Near public transportation"
"Most travelers can participate"
"This is a private tour/activity. Only your group will participate"