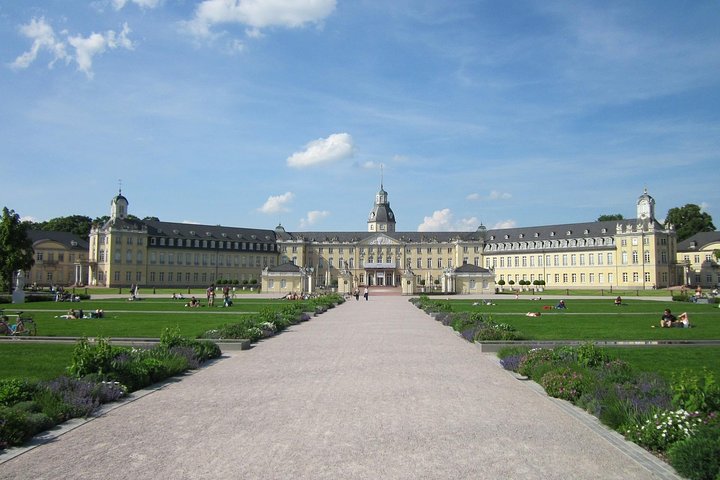 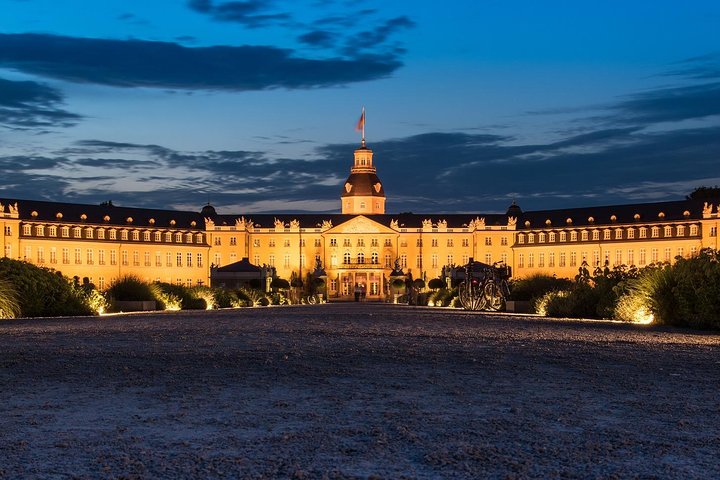 In this tour, you will be visiting:
-The marketplace which is known for the central square of Karlsruhe.
- The place unique for it’s one of the most important repositories for state-owned natural history collections.
- The central square in the city.
- The oldest Catholic church in Karlsruhe.
- One of the beliebtesten places in the Karlsruhe city center
- The municipal botanical garden.

Firstly you are going to visit The marketplace which is the central square of Karlsruhe. The dominant buildings of the square are the town church and opposite the town hall, as well as the entire square classicist, designed by Friedrich Weinbrenner. On the square is the Karlsruhe Pyramid. which is the landmark of the city.

You will see The Friedrichsplatz which is a central square in the city. In the year 1730, the construction of the first garden and park was made in the style of an English garden. This park existed until the 1870s and was named after the hereditary prince Ludwig Erbprinzen Garten.

Visit the St. Stephanis, which is the oldest Catholic church in Karlsruhe. It was built by Friedrich Weinbren­­ner as a parish church in 1814.

Your next visit will be to The Ludwig place which is in the Karlsruhe Downtown West. In October 1977, the Ludwigsplatz was inaugurated after major renovations. The course is located south of the Erbprinzenstraße at the height of the forest road.

After that, you are going to visit The Europe Place which is one of the beliebtesten places in the Karlsruhe city center. The Europaplatz has its name since 1979, previously it was called the main post office and before Loretto square.

Next visit will be to The Prince Max Palace, which was initially known as Palais Schmieder. It is a villain Wilhelminian style in Karlsruhe and is named after Prince Max of Baden, who was the last Chancellor of the German Empire.

You will see The Botanischer Garten Karlsruhe which is a municipal botanical garden.

Informacion Adicional
"Confirmation will be received within 48 hours of booking, subject to availability"
"Not wheelchair accessible"
"Near public transportation"
"Most travelers can participate"
"This is a private tour/activity. Only your group will participate"