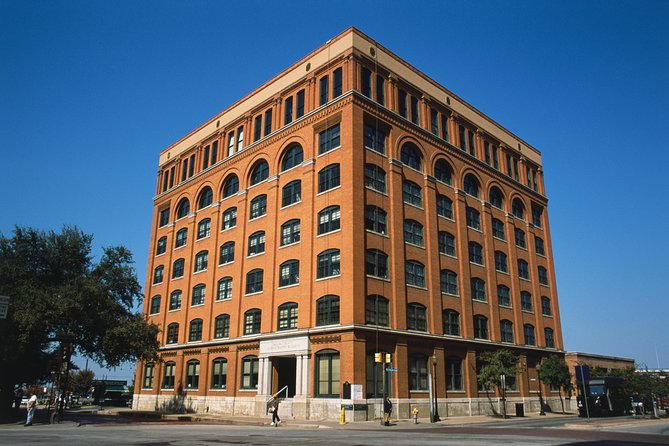 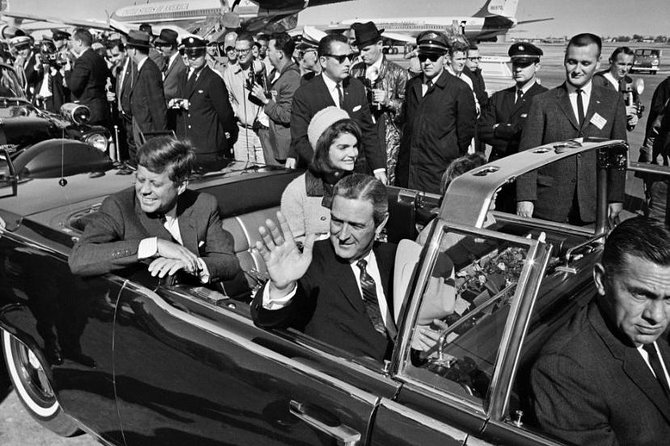 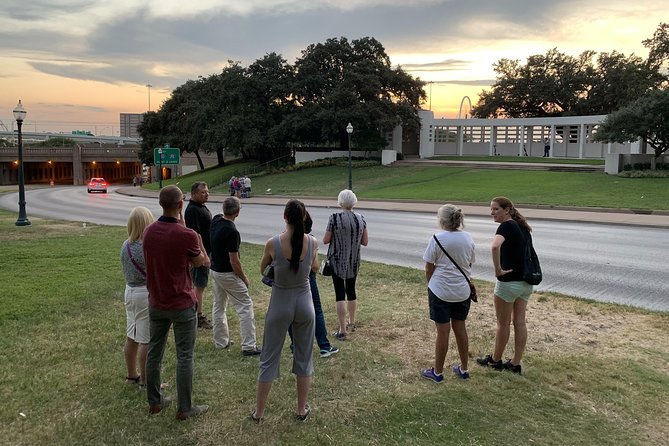 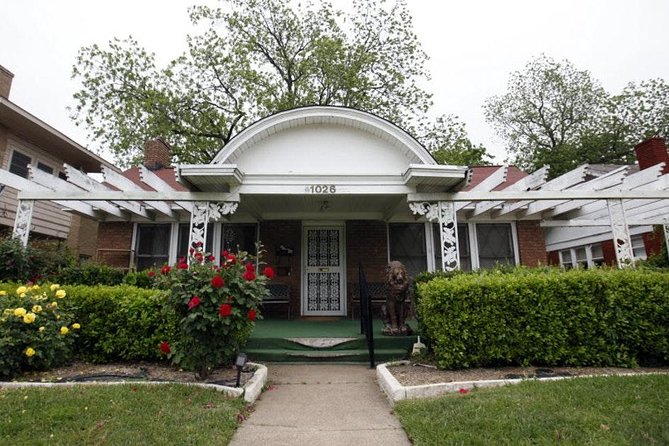 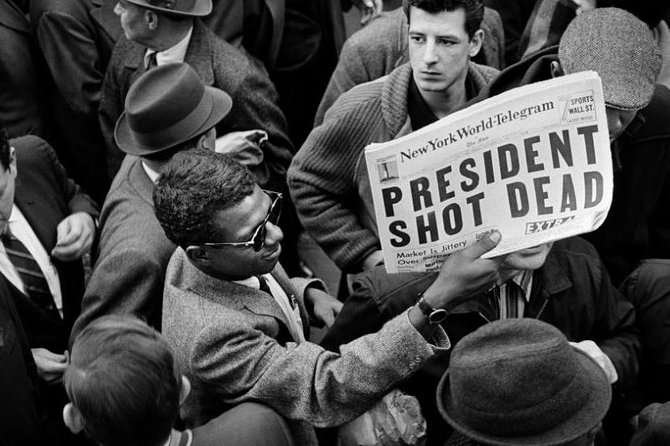 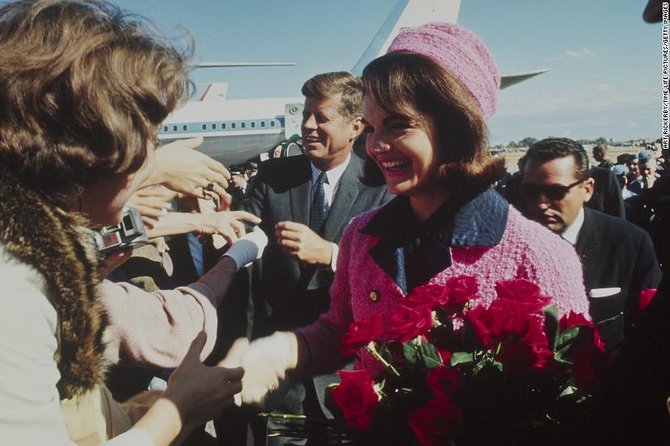 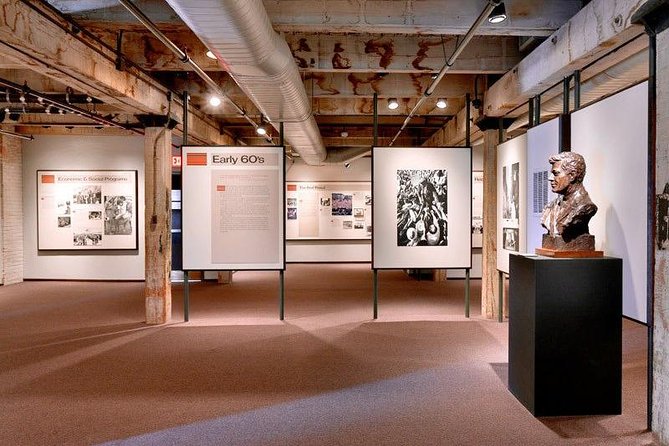 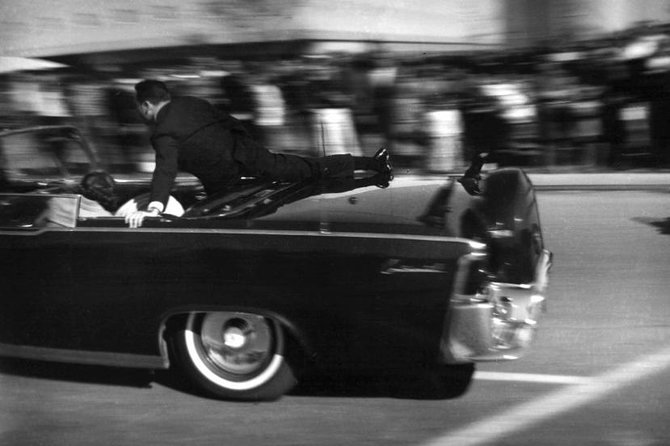 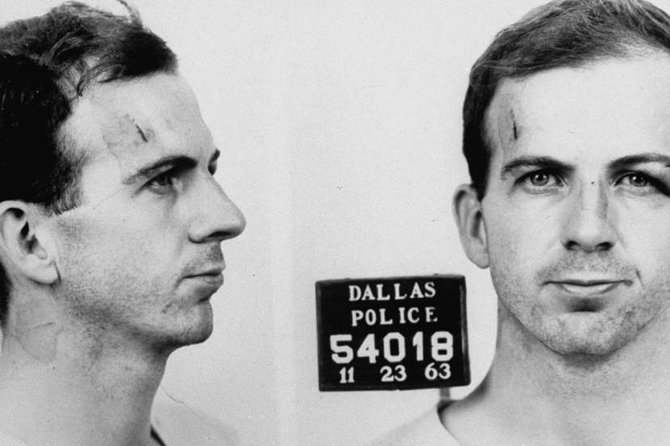 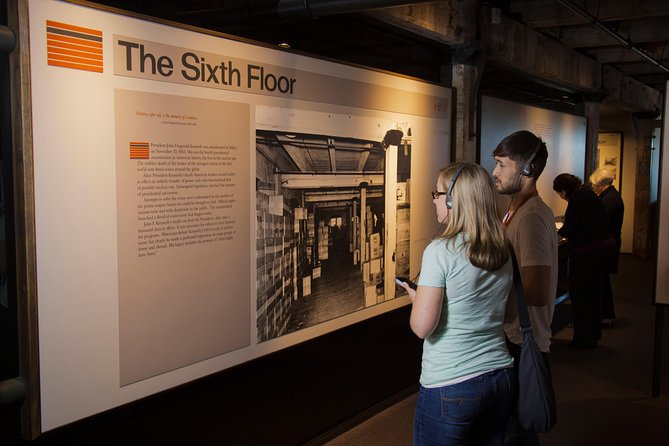 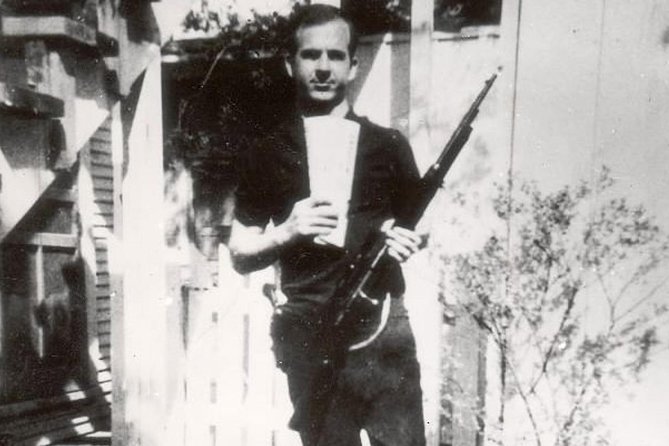 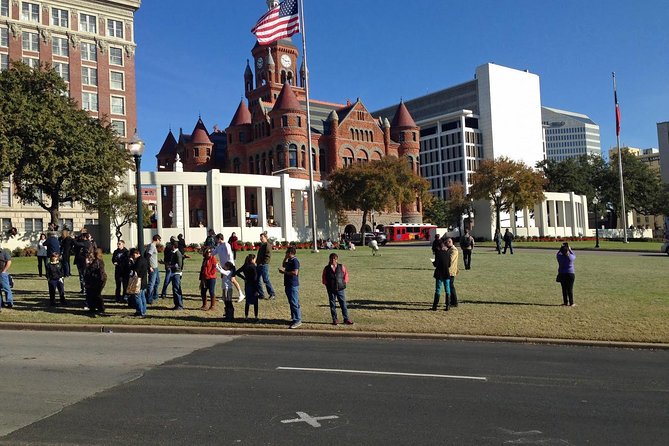 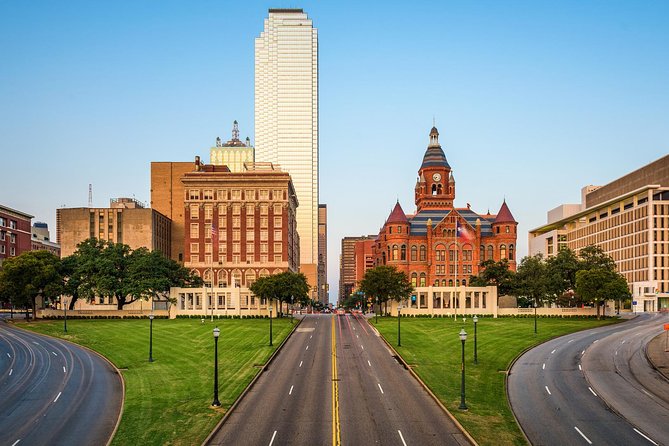 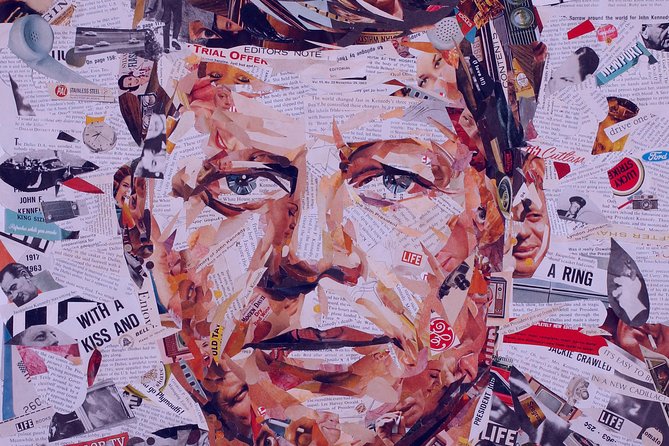 During our journey, your tour guide will revisit the events leading up to November 22nd, 1963 and beyond to provide perspective and new insight into this tragic, very human drama. Most people are familiar with the JFK Museum (the site from which Lee Harvey Oswald allegedly fired the deadly shots), but we will also show you the many other places around Dallas associated with the assassination that are just as important.

This walking tour includes exclusive access to Oswald's Rooming House. We will also visit the location where Oswald’s infamous rifle picture was taken, the Neely House. Our last stop is at the Texas Theater where the “alleged murderer” was captured.

You have the option to buy tickets to the JFK Museum at Dealey Plaza as part of the tour. We will leave you at the museum's entrance after the 2 hour tour, you can skip the line and go directly to the visitors’ desk to collect your headsets equipment for a self-guided tour, the museum visit generally takes 40-60 minutes.

The John F. Kennedy Memorial was the first memorial by famed American architect and Kennedy family friend Philip Johnson, and was approved by Jacqueline Kennedy. Johnson called it "a place of quiet refuge, an enclosed place of thought and contemplation separated from the city around, but near the sky and earth." Dallas raised $200,000 for the memorial by August 1964, entirely from 50,000 individual donations contributed by private citizens.

Called the "birthplace of Dallas". It was the location of the assassination of U.S. President John F. Kennedy, on November 22, 1963. The Dealey Plaza Historic District was named a National Historic Landmark in 1993 to preserve Dealey Plaza, street rights-of-way, buildings and structures by the plaza visible from the assassination site, that have been identified as witness locations or as possible locations for assassins.

The grassy knoll is a small, sloping hill inside the Dealey Plaza and adjacent by the former Texas School Book Depository. It became well known following the assassination of John F. Kennedy. The knoll was above Kennedy and to his right (west and north) during the assassination on November 22, 1963.

This walking tour includes exclusive access to Oswald's Rooming House (we will arrive to the house using the city's streetcar). This is the place where Lee Harvey Oswald was living at the time of the president’s assassination. We will also visit the location where Oswald’s infamous rifle picture was taken.

We will visit the Neely House, the place where the incriminating photograph which showed Lee Harvey Oswald in his backyard, holding the same type of rifle used to assassinate President John F. Kennedy was taken.

Our last stop is at the Texas Theater where the “alleged murderer” was captured. At the end of the walk, you can return with us to Dealey Plaza or stay and explore the Bishop Arts District (we will give you recommendation where to have lunch).

If you purchase the option that includes the entrance to the JFK Museum at Dealey Plaza, we will leave you at the museum's entrance at the end of the tour. You can skip the line and go directly to the visitors’ desk to collect your headsets equipment for a self-guided tour, the museum visit generally takes 40-60 minutes.

Informacion Adicional
"Confirmation will be received at time of booking"
"Not wheelchair accessible"
"Service animals allowed"
"Near public transportation"
"This is a walking tour. You must be able to walk and stand for 2 hours (wear comfortable shoes)."
"Most travelers can participate"
"This tour/activity will have a maximum of 15 travelers"