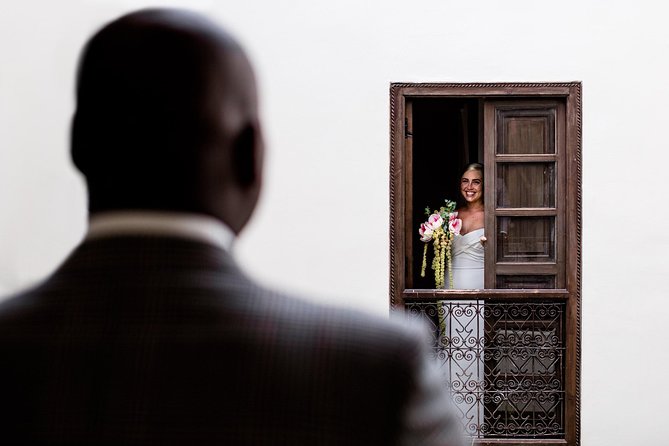 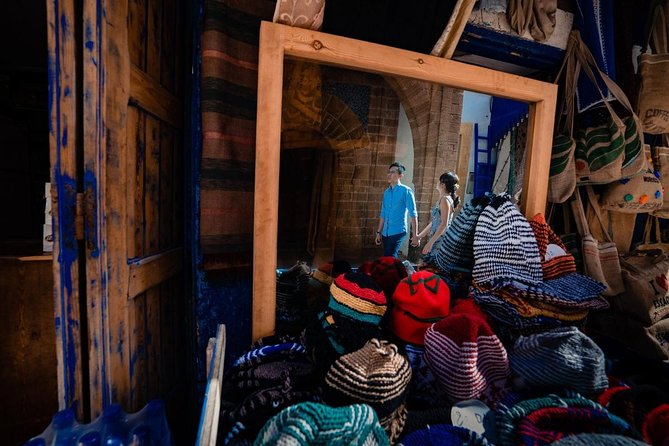 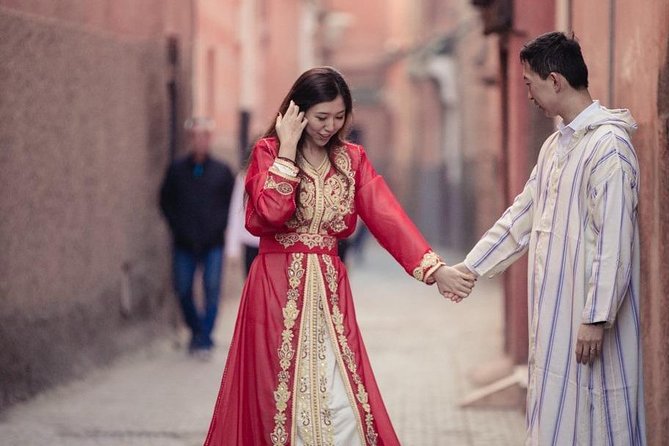 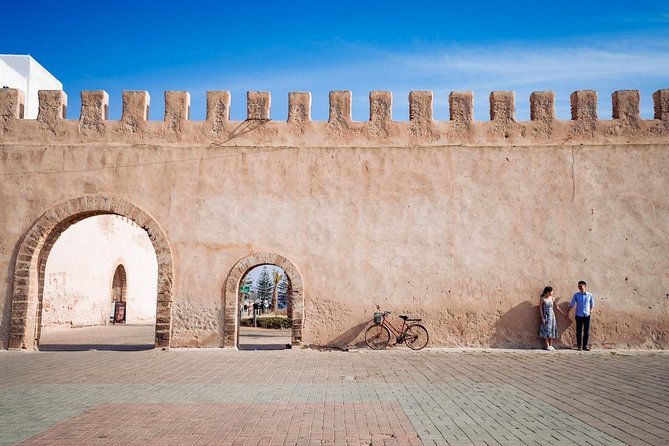 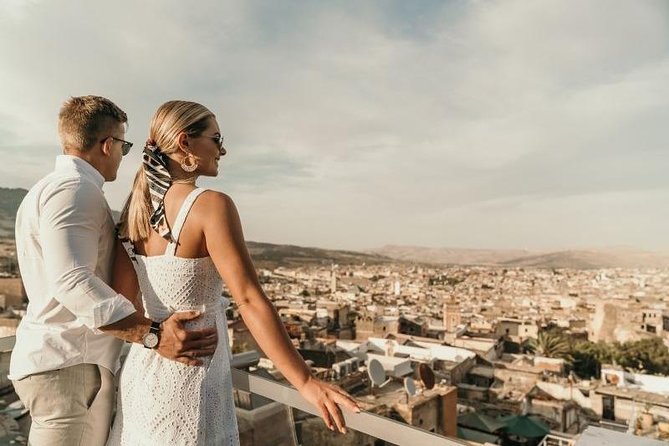 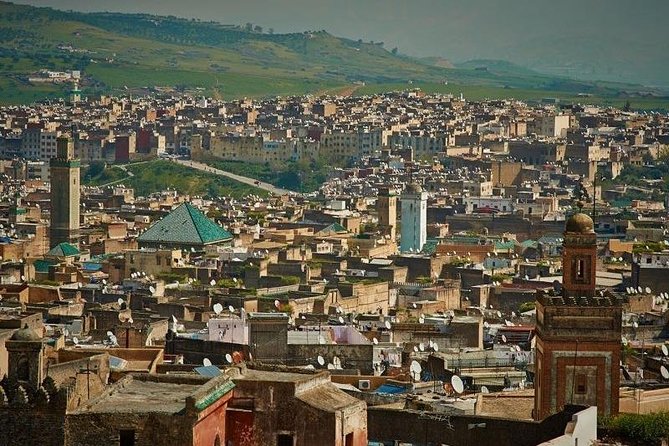 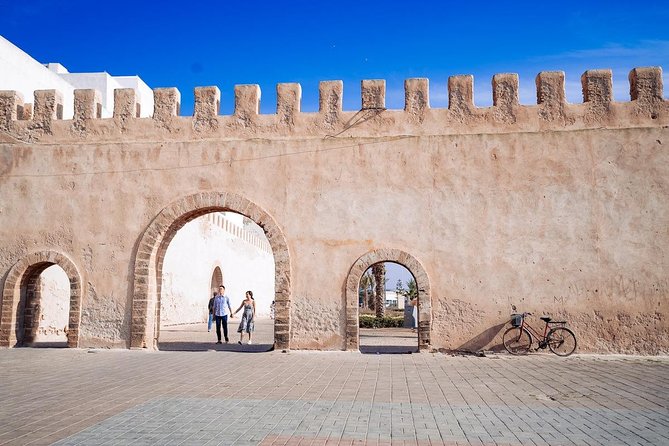 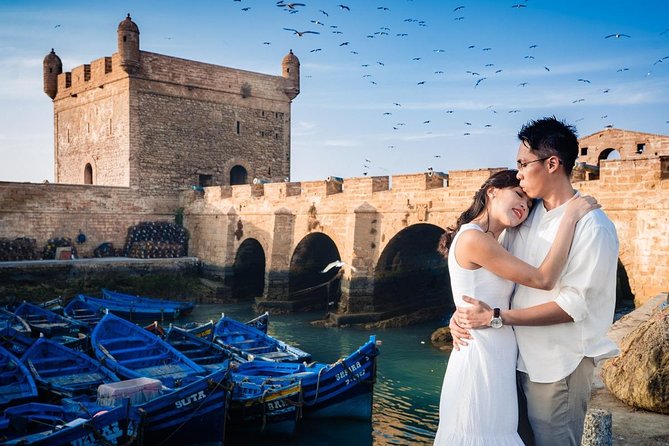 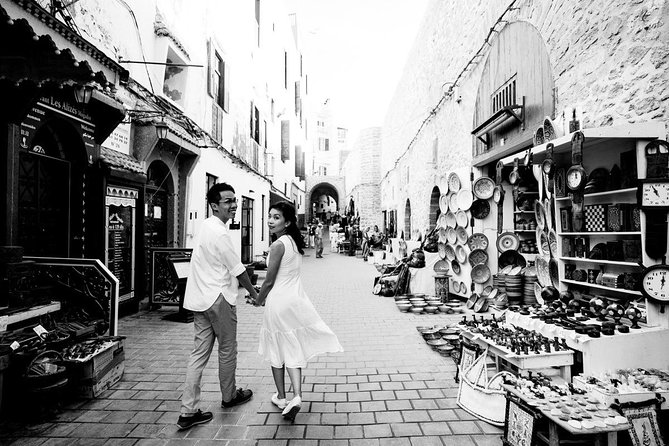 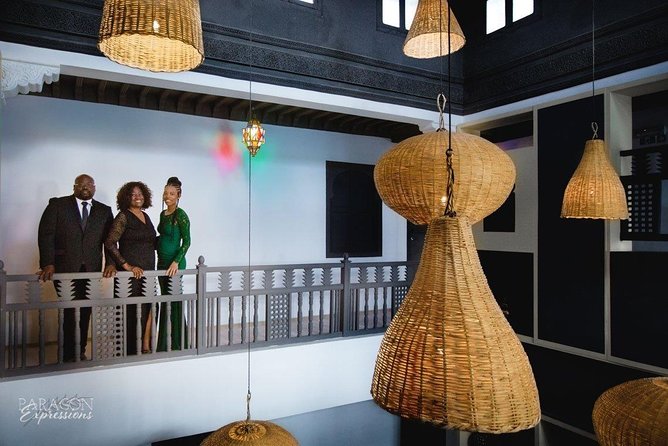 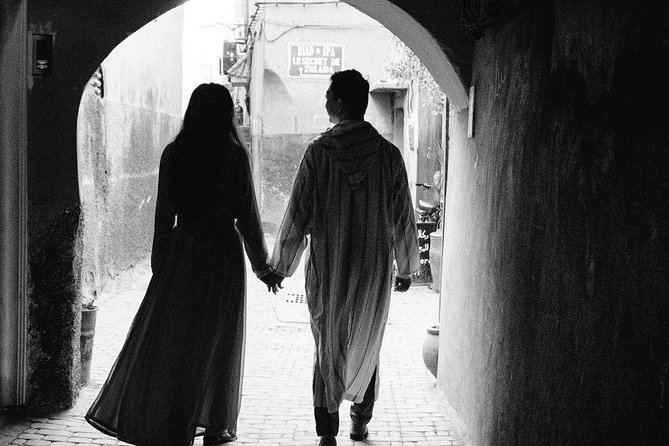 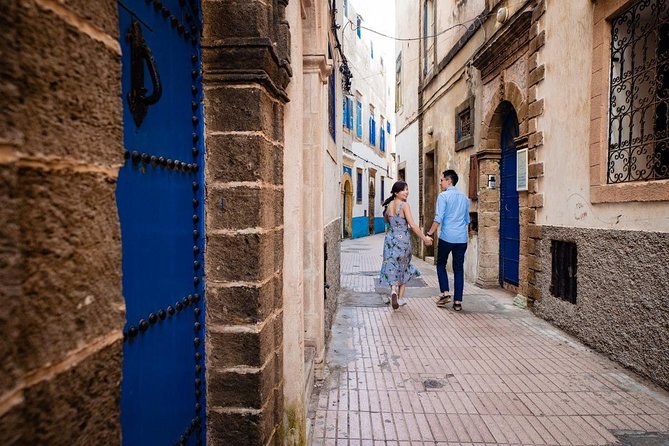 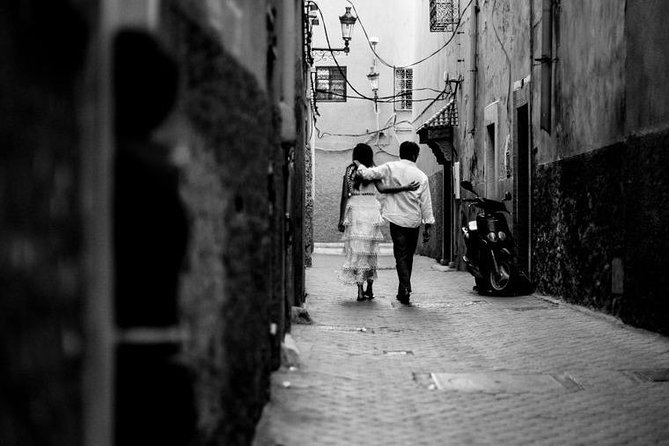 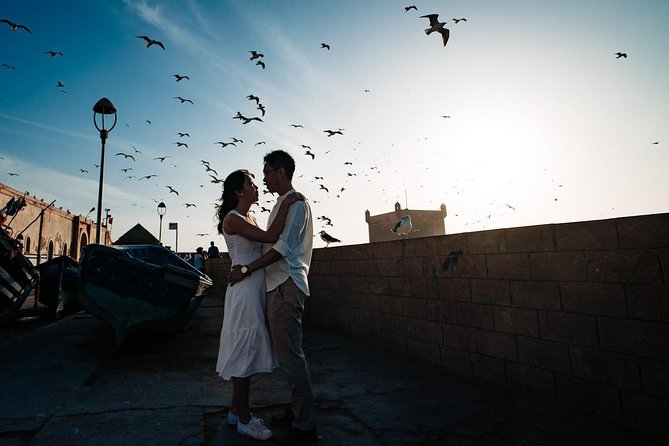 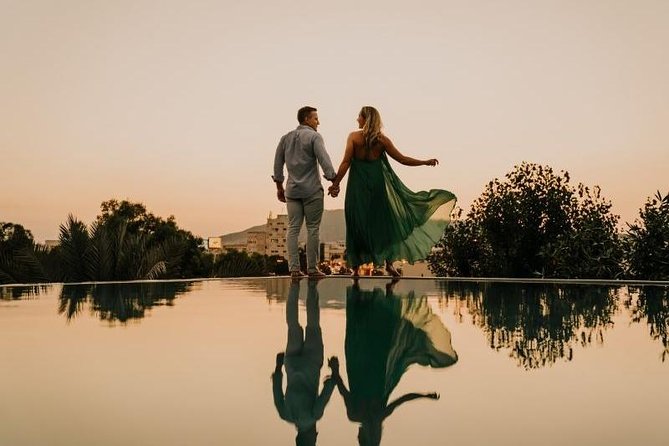 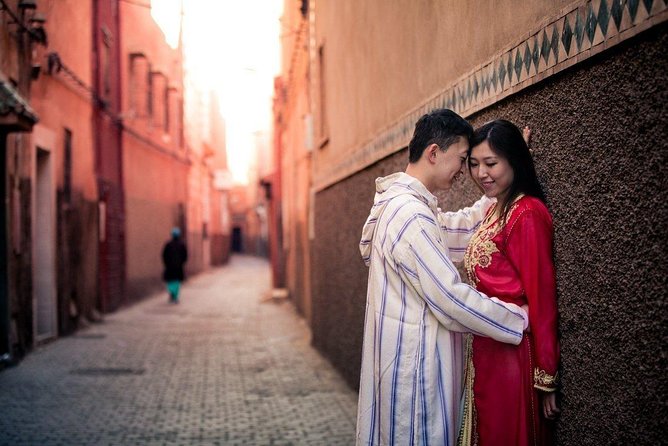 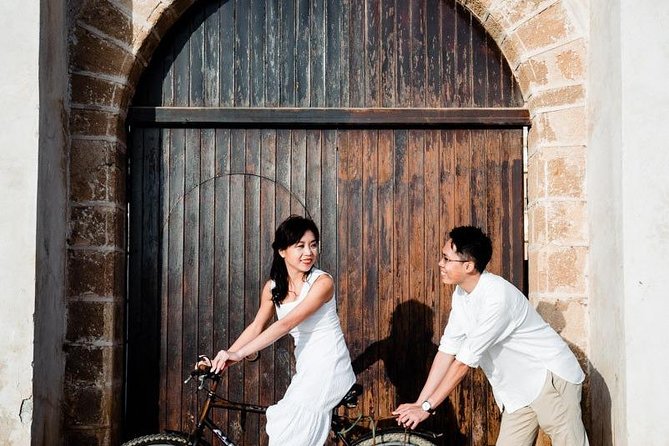 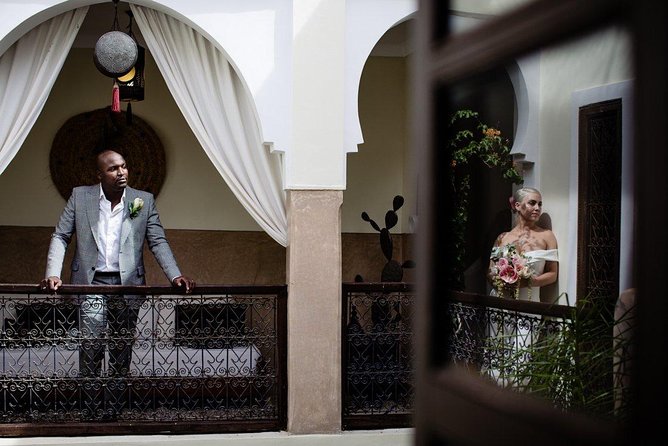 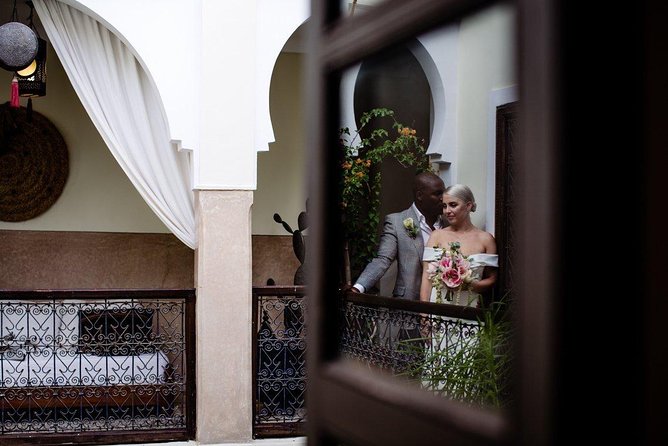 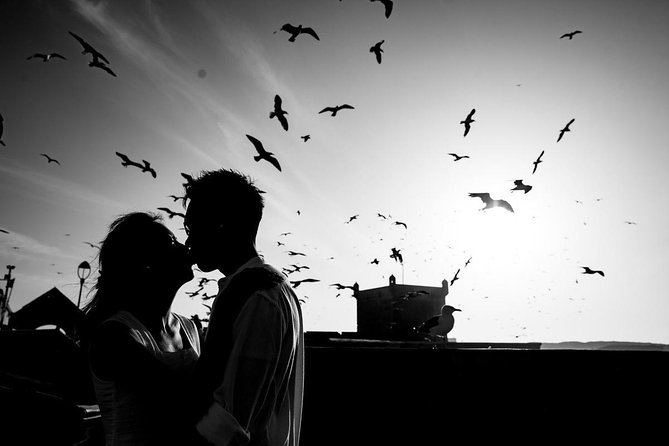 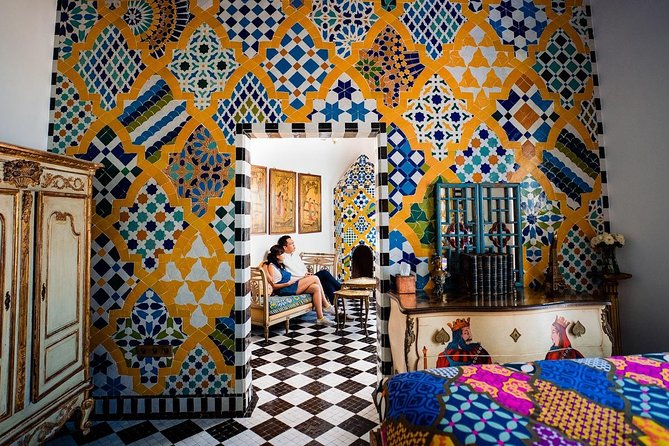 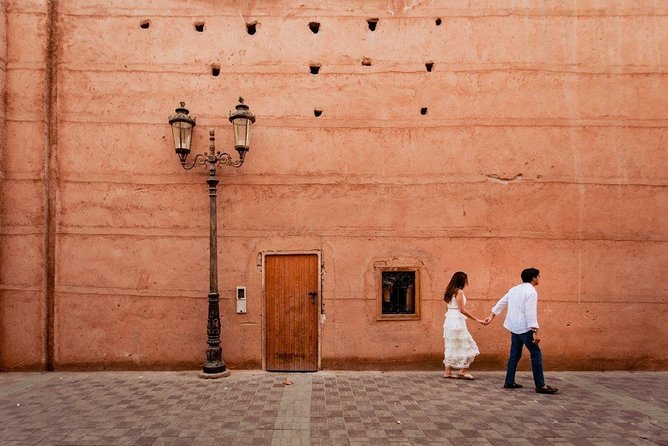 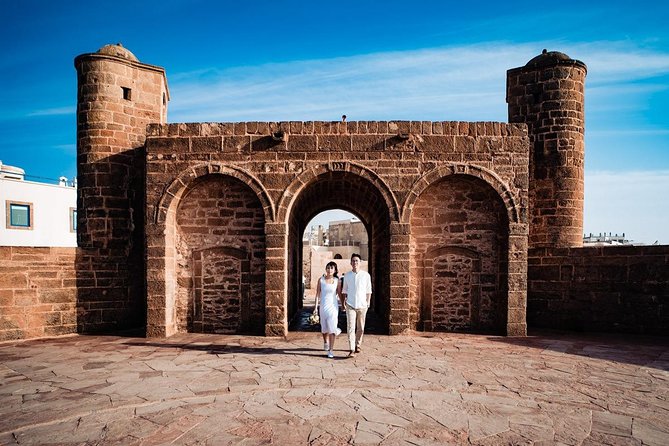 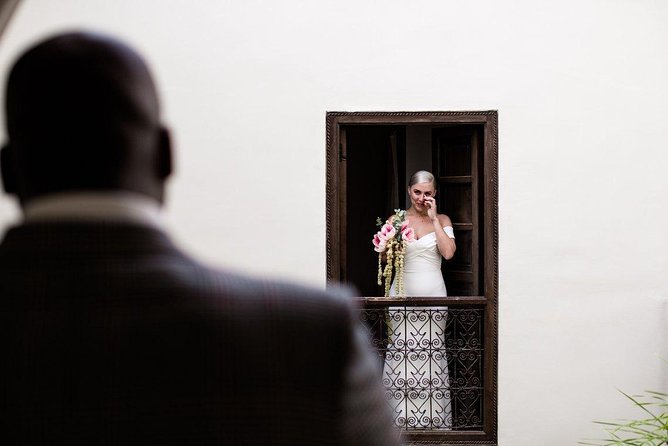 Create beautiful lasting memories of your vacation with a 6-hour private photo shoot in Fez. Let a professional photographer guide you toward some of Fez' most gorgeous backdrops or ask him or her to capture candid moments as you venture through the city on your own path.

Begin at the Merenid Tombs of Fès.

Next, stop at the Musée des Armes, a fortress that once protected Fès. Today it is possible to see a display of 8,000 pieces of artillery from Makina, the arsenal built by Moulay Hassan I. Enter the Fès el- Bali through the symmetrical horse shoe arches at Bab Boujeloud (The Blue Gate). Fès -el Bali, best characterized as a sea of rooftops embellished with minarets and domes, is too narrow for cars. Aside from walking, donkeys and mules are still the best way to travel within the cities old walls.

Upon entering Rue Talaa Kebira, the main street in the medina, you will see lines of shops covered by canopies. Make your way to the Karaouiyine Mosque. Located in the Karaouiyine quarter, the Mosque is one of the oldest in the world and functioned as the first university in Morocco. After your visit, continue along the streets which will lead you to some of Fes’ most important buildings including Dar el- Magana, a fourteenth century water clock and Zaouia el Tijaniya, containing the tomb of Ahmed el Tijani, who spread his infamous doctrine Tariqq el- Tijaniya (The Way) throughout Morocco.

We will also stop to visit the Ech Cherabliyine Mosque (Mosque of the Slipper makers) then browse the souks selling henna, slippers, caftans, silks, jewelry and spices.

Next onto the UNESCO recognized site, Fondouk el- Najjarine. Within the foundouk’s three floors is the Musée de Bois, which displays carved doors from the Bou Inania Medersa.

Stop for lunch within the medina at one of the fine Moroccan palace-restaurants ( On your request your guide can suggest some of the best restaurants in the town for lunch).

After lunch we will visit the Musée Dar el- Batha to view the great collection of pottery, leather-work, wood, books and manuscripts from the nineteenth century.

Next, enter Bab el Ftouh, the “Gateway of the Aperture” to explore the Andalusian quarter, a residential part of the medina laced with monuments. Our last part of the tour will take you into the Fès el Jedid, a kasbah which functioned as Morocco’s administrative center until 1912. Explore the royal palace and many interesting quarters including the Moulay Abdalllah Quarter, the Mellah (Jewish Quarter) and a little farther down south lies Ville Nouvelle (The New Quarter).

Within the medina, we will the following historical sites:

Medersa Bou Inania: An (Islamic school) founded by Abu Inan Faris that is highly decorated from floor to ceiling. The medersa is one of the few religious places in Morocco that is accessible to non-Islamic tourists.

Kairaouine Mosque: Morocco’s second largest mosque was built by Fatima in 857. The Kairaouine Mosque became the home of the West's first university and the world's foremost center of learning at the beginning of the second millennium.

University of Al-Karaouine: Founded in 859, this university is one of the leading spiritual and educational centers of the Muslim world and is considered the oldest continuously operating institution of higher learning in the world.

Medersa el Attarin: A (Koranic school) that was named for local spice merchants known as attar. Founded by Sultan Abou Saïd in the 14th century as a students' dormitory, it is attached to the Kairaouine Mosque.

Zaouia Moulay Idriss II: A zaouia (shrine) dedicated to and the tomb of Moulay Idriss II, who ruled Morocco from 807 to 828 and founded the city of Fès for the second time in 810.
Dar Batha: A Hispano-Moorish palace dating from the end of the 19th century that houses admirable collections of traditional art from Fès.

Informacion Adicional
"Confirmation will be received at time of booking"
"Not wheelchair accessible"
"Stroller accessible"
"Service animals allowed"
"Near public transportation"
"Infants must sit on laps"
"Infant seats available"
"No heart problems or other serious medical conditions"
"Most travelers can participate"
"This is a private tour/activity. Only your group will participate"