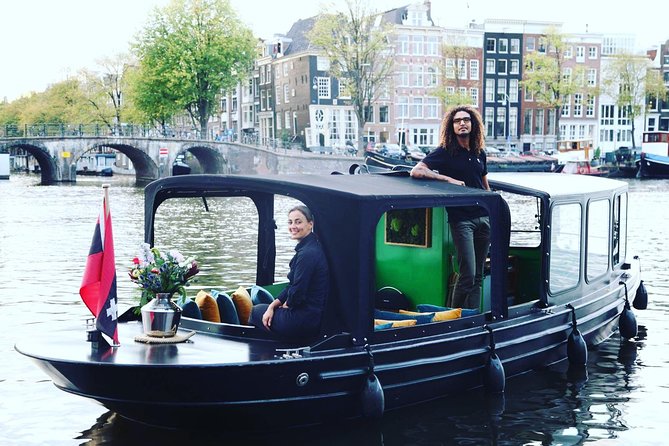 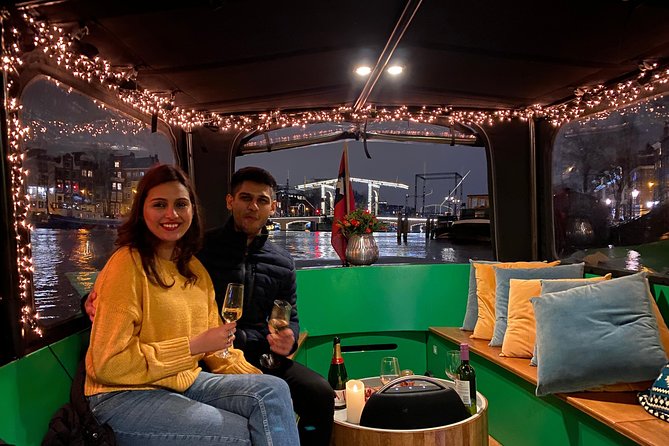 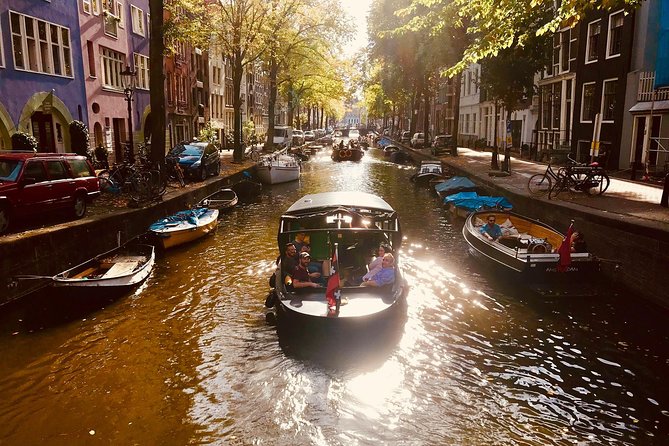 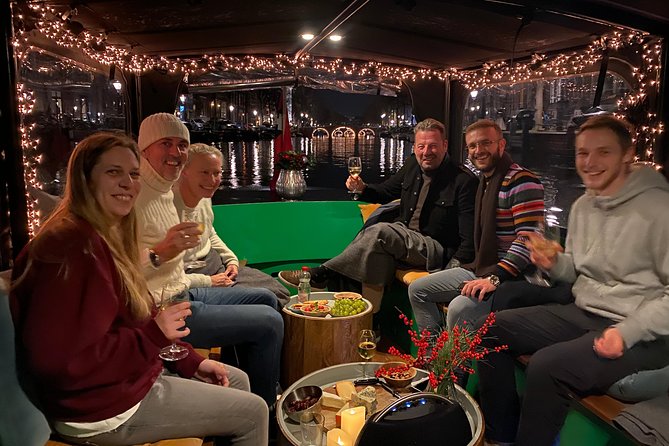 This tour is intimate, personal and real. If you don't like gimmick captains/guides with the same jokes, this is your tour. You'll also see the smaller cozy canals the big tourist boats can't get to. We'll cover all of the famous canal area's and get to know its history and facts. This tour is on our lovely boat called the "Zavi". Heated and covered on rainy days or with an open sun deck on sunny days. The "Zavi" has a toilet and a bar as well and fits a max of 12 passengers. But we carry a maximum of 10 guests. Due to Corona we carry 6 guests

Looking forward having you on board!

You can also rent the Zavi private. We have a special deal for two. For more information visit our website: vaartuig.amsterdam/pivate-cruise

The most famous 17th century Canalbelt district of Amsterdam and its wonders...

Pass By: The Amstel, Amsterdam The Netherlands

One of the natural waters of the city which is connected to the cities name...

The oldest nursery home of Amsterdam, now connected to the Hermitage in St. Petersburg

Pass By: Museum of the Canals, Herengracht 386, 1016 CJ Amsterdam The Netherlands

Stopera, architecture we don't appreciate that much because it doesn't blend in with the old city but it has a history of its own

We'll also go past one of the oldest Jewish markets. Nowadays a renowned vintage flea market

The tower of coins where money was made!

Pass By: The Smallest House in Amsterdam, Oude Hoogstraat 22, 1012 CE Amsterdam The Netherlands

Pass By: The Jordaan, Amsterdam The Netherlands

Informacion Adicional
"Confirmation will be received at time of booking"
"Not wheelchair accessible"
"Refunds will not be issued if tour/activity is missed due to late or non-arrival of cruise ship"
"Collapsible wheelchairs with removable wheels can be accommodated providing the passenger is accompanied by someone who can assist them board and disembark"
"Children must be accompanied by an adult"
"This experience requires a minimum number of travelers. If it’s canceled because the minimum isn’t met, you’ll be offered a different date/experience or a full refund"
"This tour/activity will have a maximum of 10 travelers"
"Hand sanitizer available to travelers and staff"
"Social distancing enforced throughout experience"
"Transportation vehicles regularly sanitized"
"Guides required to regularly wash hands"