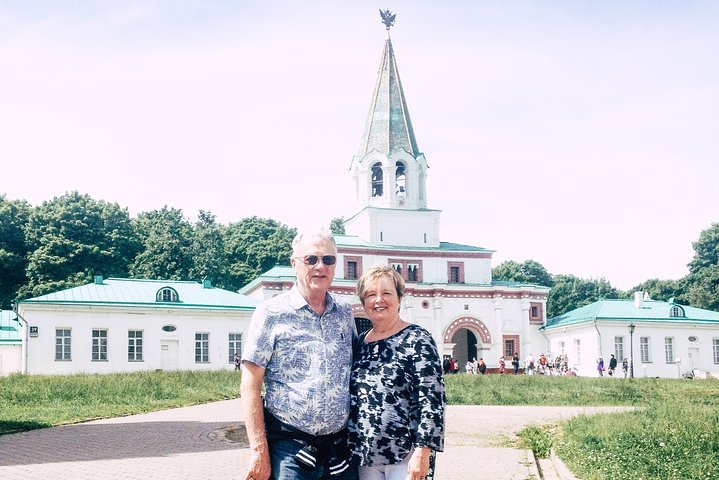 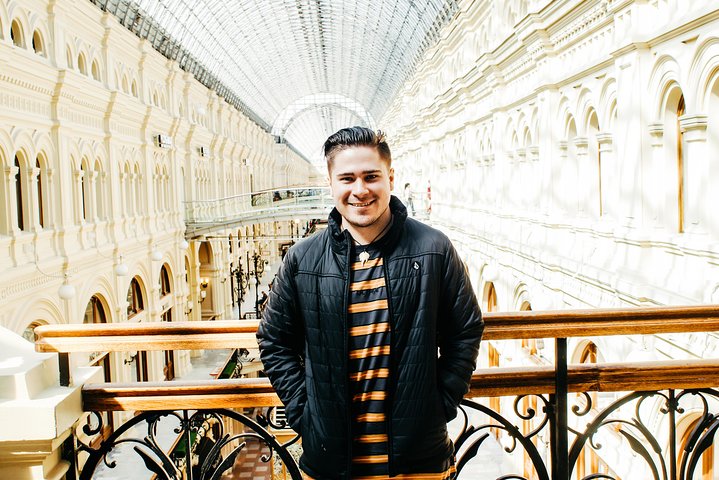 Private Layover Moscow Tour with a Transfer and a Local Guide

It's a customisable layover tour by a Moscow local.
Depending on how much time you've got between the flights we will tailor this tour according to your interests and time available.
We will pick you up from the airport and we will take you back at the end of the tour. Depending on the traffic we will take either a car or an aeroexpress train to get to the city centre. During the tour we will be able to see the main Moscow sights. If you want to see some particular places, just tell us and we will try to include them in the itinerary.
See you in Moscow!

A must-visit in Moscow. The famous sight, where lots of events important for Russian history happened. A perfect location for pictures with beautiful churches and Kremlin walls around.

A fortress in the middle of Moscow - a symbol of Russian power. It was residence of Russian rulers since ancient times. And generally it's just a beautiful piece of medieval architecture:)

A colourful gem of Moscow. A must-take-a-picture-with sight of the city. Its' red, green, yellow and blue "onion" domes won't leave your soul untouched:) It's a real wonder of the wall and a symbol of truly Russian culture.

One of the best ballet and opera theatres in the world. Bolshoi ballet dancers team is travelling all over the world and gives performances From Singapore and New York to Brazil. Aristocrats of Moscow were spending their time there until communists announced the establishment of USSR in the same building.

A famous Moscow hotel, that became really well-known after the publication of the book "Gentleman in Moscow". Have you read it- The hotel is very picturesque with its' mosaics, stained glass and golden decorations.

Moscow metro is magnificent monument of Soviet era. Nowhere else in the world you will see so many mosaics, stained glass, sculptures and bronze chandeliers in a public transport facility:) It's so awesome, some of our tourists told us that they have came to Moscow to see Kremlin and Red Square, but their greatest impression now is Moscow Metro!!

A beautiful pedestrian street in the city-centre, that became SO POPULAR during FIFA. Fans, that came for World Cup to Moscow made this street known through all over the world.

Informacion Adicional
"Confirmation will be received at time of booking"
"Not wheelchair accessible"
"Near public transportation"
"Infant seats available"
"Not recommended for travelers with back problems"
"Not recommended for pregnant travelers"
"No heart problems or other serious medical conditions"
"Travelers should have a moderate physical fitness level"
"This is a private tour/activity. Only your group will participate"
"Face masks required for travelers in public areas"
"Face masks required for guides in public areas"
"Hand sanitizer available to travelers and staff"
"Social distancing enforced throughout experience"
"Transportation vehicles regularly sanitized"
"Guides required to regularly wash hands"
"Regular temperature checks for staff"
"Paid stay-at-home policy for staff with symptoms"
"We are always keeping up with any of the rules that are mandatory or recommended in Moscow and strictly follow them.
We believe it's extremely important for all of us to follow this rules now to stay safe."

Duração: 4 To 8 Hours
Ponto de partida: Traveler pickup is offered
We can pick you up from any of the four Moscow's international airports: Sheremetyevo (SVO), Domodedovo (DME), Vnukovo (VKO) or Zhukovsky (ZIA).