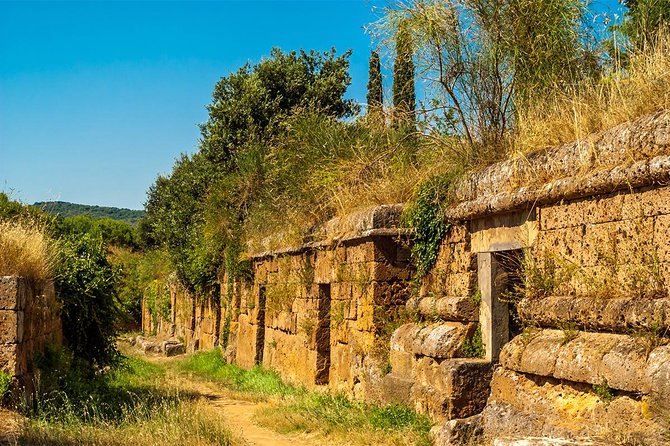 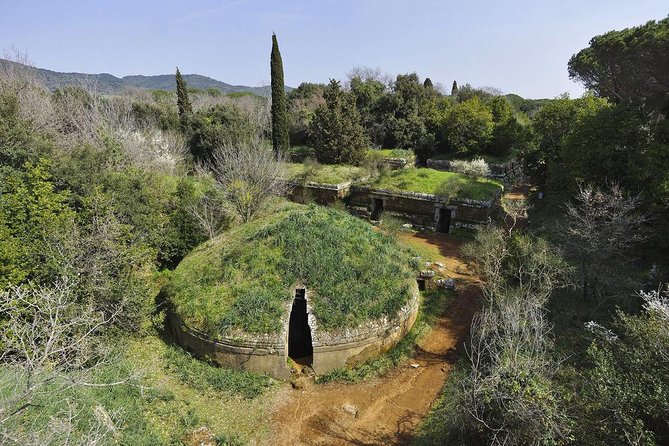 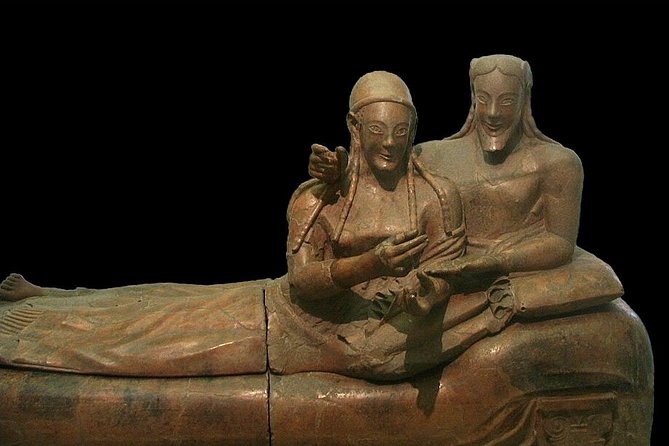 Cerveteri, an ancient city formerly known as Caere, lies between the Lago di Bracciano and the Tyrrhenian Sea near Ladispoli. The city dates back to the middle of the 9th century BC during which the Etruscans were the most prosperous and developed civilization within Italy; indeed, they had profound influence on Roman civilization and were merged in the 1st century BC. Cerveteri is famous for its Etruscan necropoli which are on the UNESCO World Heritage list. The Necropoli della Banditaccia is an expansive area comprised of Etruscan funeral mounds that house one or more tombs within them. The tombs date from the 8th century BC to the 2nd century BC and are a tangible example of ancient burial practices.

The Etruscans inhabited central-western Italy, between Tuscany and Lazio, from the 9th Century B.C., and experiencing a cultural climax around the 6th Century B.C. before completely disappearing - a result of the impact of Roman civilization, with which it merged in part. No definite answer exists as to this people’s origins, and neither does any trace of a similar community – in regards to its ethnic and social characteristics – between Europe and Asia.
Cerveteri Necropolis' tombs have very different traits one from the other, depending on the construction period and technique. Those located in the vast archaeological site of Cerveteri are in the thousands. Organized according to an urban plan that resembles that of a city with streets, piazzas and quarters (or neighborhoods), their typology differs in relation to the historical period and the status of the family to whom they belonged. Among the most representative examples of these structures is the Tomb of the Greek Vases, dating back to the 6th Century, and accessible through a corridor that seems to imitate an Etruscan temple. The Tomb of the Cornice, rather, allows access by way of an incline walk that leads to two smaller rooms that hold funereal beds on each side. From there, the pathway continues to a large central room that itself connects to three other principal funerary rooms. Meanwhile, the Tomb of the Capitelli (or the Capitals of a column) owes its peculiarity to its flat roof that is an exact copy of that of the Etruscan home, with support beams of oak and reed. Still, the most famous tomb – of the thousands at Banditaccia – is the Tomb of Reliefs, completed in the 4th Century B.C. It is accessible by way of a long stairway dug into the rock and running to a large room. Here, the ceiling is supported by two columns with capitals unique to Etruria. Thirteen matrimonial funerary niches fill the space, and are painted with red pillows, domestic objects and animals. It is a perfect cross section of a well-to-do Etruscan family of the 4th and 3rd Centuries.

Informacion Adicional
"Confirmation will be received at time of booking"
"Not wheelchair accessible"
"Stroller accessible"
"Near public transportation"
"Infants must sit on laps"
"Infant seats available"
"Child rate applies only when shared with 2 paying adults"
"A small amount of walking is involved"
"Most travelers can participate"
"This is a private tour/activity. Only your group will participate"
"Face masks required for travelers in public areas"
"Face masks required for guides in public areas"
"Face masks provided for travelers"
"Hand sanitizer available to travelers and staff"
"Social distancing enforced throughout experience"
"Regularly sanitized high-traffic areas"
"Gear/equipment sanitized between use"
"Transportation vehicles regularly sanitized"
"Regular temperature checks for staff"
"Paid stay-at-home policy for staff with symptoms"

Horário de Início: 7:00 AM
Duração: 5 To 6 Hours
Ponto de partida: Traveler pickup is offered
9:00 am from your hotel, B&B or apartment